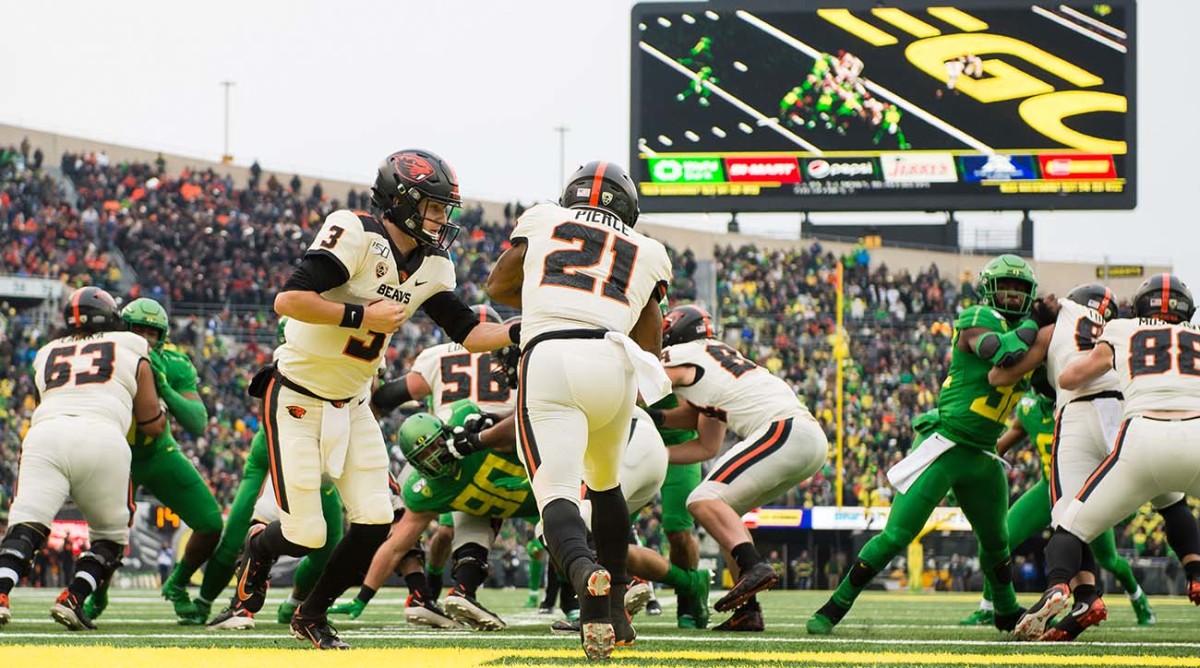 Oregon and Oregon State announced Friday that the term “Civil War” will no longer be used to promote athletic competitions between the two schools.

The change is effective immediately.

“Changing the name is overdue as it represents a connection to a war fought to perpetuate slavery,” OSU president Ed Ray said in a statement. “While not intended as a reference to the actual Civil War, OSU sports competition should not provide any misconstrued reference to this divisive episode in American history. That we did not act before to change this name was a mistake. We do so now, along with other important actions to advance equal opportunity and justice for all in recognition that Black Lives Matter.”

The decision was made following mutual discussions with university officials at both schools and input from current and former student-athletes, according to Oregon’s release.

Oregon and Oregon State are currently scheduled to play their 124th annual football game against one another this November, which marks the fifth most games played between the same schools in college football history.

According to the releases, Oregon and Oregon State hold the collegiate record for most men’s basketball games played against each other with 354.