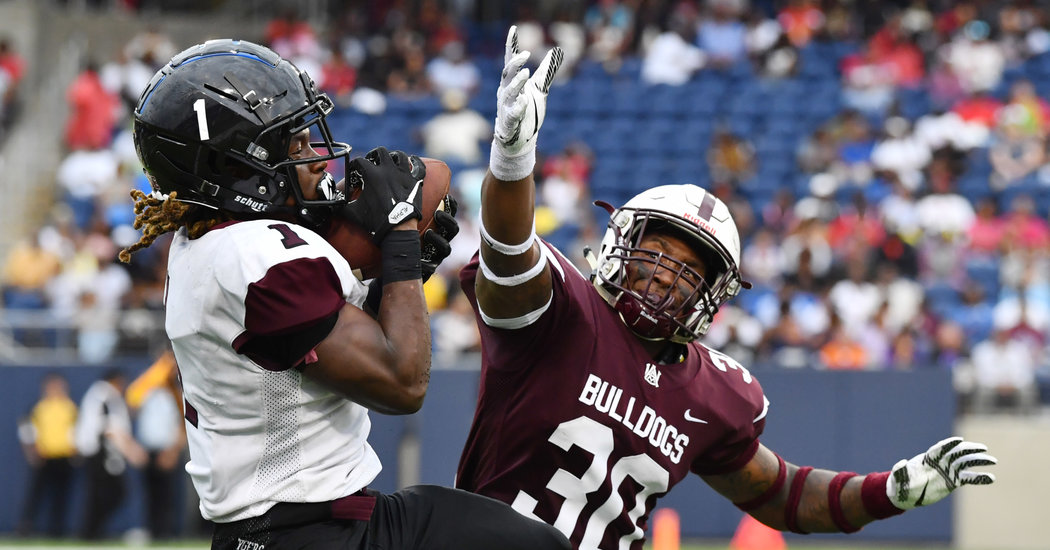 ATLANTA — Morehouse, one of the country’s most celebrated historically black colleges, said Friday that it had canceled its fall sports — football and cross country — because of the coronavirus pandemic.

Although a handful of other schools have canceled games, few have publicly abandoned their football seasons outright. At most colleges and universities, officials are planning for smaller crowds and the possibility of truncated schedules but have remained publicly optimistic about football season, which is often crucial to the finances of athletic programs.

But Morehouse said it had concluded that it could not safely play.

“Our Maroon Tiger teams travel to other N.C.A.A. institutions and cannot compete without breaking from social distancing guidelines still maintained by the Centers for Disease Control and Prevention,” David A. Thomas, the college’s president, said in an open letter on Friday. “Sporting events also invite individuals to our campus who will not be subject to the testing and monitoring that we plan to implement for our students, faculty, and staff.”

Thomas said that Morehouse, which is in Atlanta, would honor its athletic scholarships.

Morehouse is a member of the N.C.A.A.’s Division II. It was scheduled to begin its football season on Sept. 5, with a game against Edward Waters, an H.B.C.U. in Jacksonville, Fla.

In an interview on Friday morning, Mark Emmert, the president of the N.C.A.A., said he expected more schools to upend seasons or entire athletic programs for health or financial reasons.

“I’m afraid and confident in my fear that we’ll see more sports be dropped, whether it’s programs or entire seasons canceled,” Emmert said. “And that’s really sad because we’re talking about opportunities that these student-athletes love to participate in, and it’s really, really important to their life and their growth and development.”

Although the N.C.A.A. canceled championship events for spring and summer sports, including the Division I men’s and women’s basketball teams, individual conferences and schools are in charge of their regular seasons. (The N.C.A.A. oversees the football championship in Division II, but it has no authority over the College Football Playoff, which has involved Division I teams like Alabama, Clemson and Ohio State.)

Government orders for quarantines of travelers could also be important factors for the football season, which is scheduled to begin in earnest around the first weekend in September.

“Playing football safely is an enormously challenging thing,” Emmert said. “And it’s going to look different across the country.”