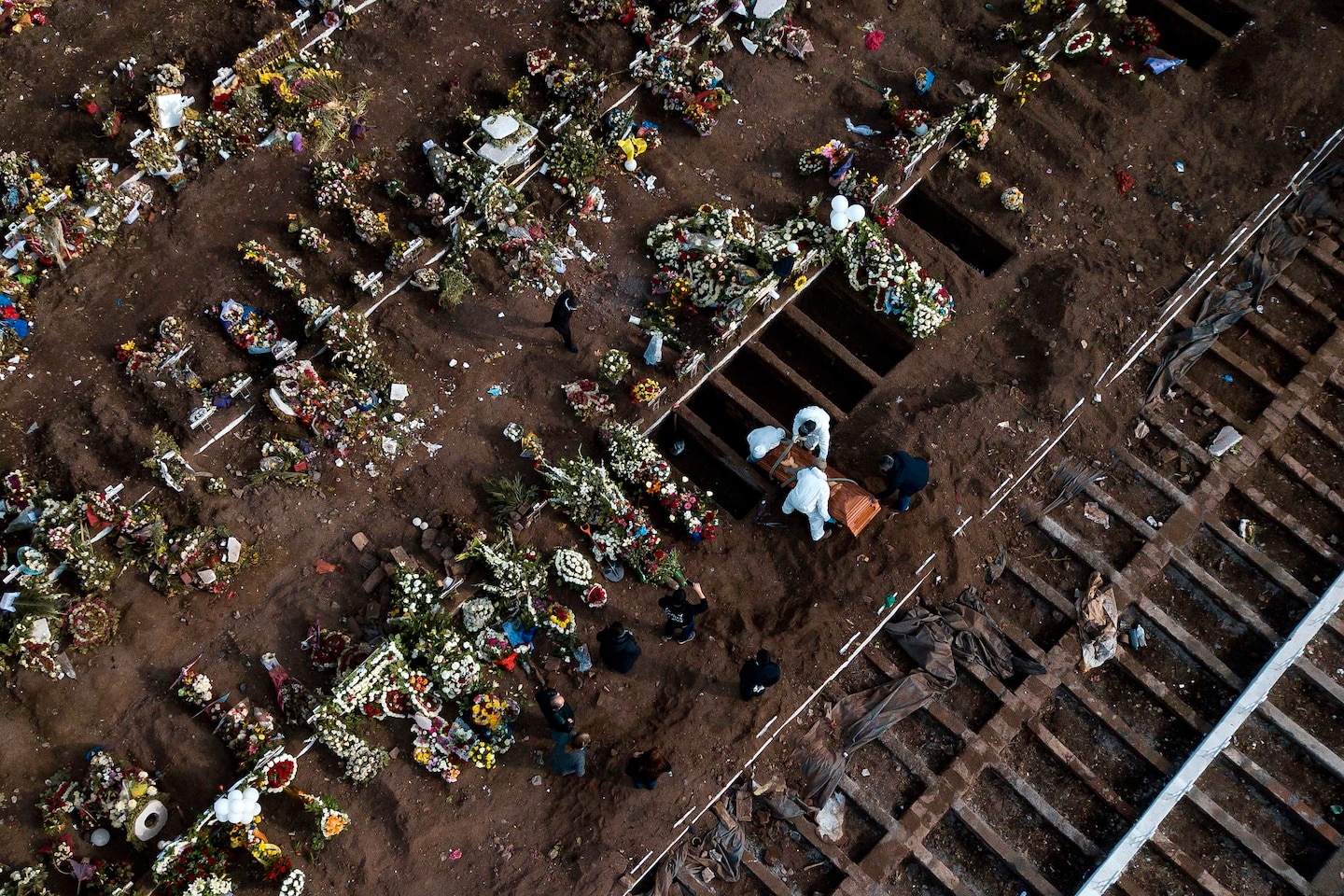 The largest numbers are in Brazil and Mexico, the two most populous countries in the region. In both instances, governments in charge played down the scale of the threat and are desperately playing catch-up. Official counts of infections and coronavirus-linked deaths are probably lower than the actual numbers. Mass testing initiatives have struggled to get off the ground, while shutdown skeptics who suggested herd immunity could take root have little evidence to justify their optimism.

“We are doing something that no one else has done,” Pedro Hallal, a Brazilian epidemiologist, said to my colleagues. “We’re getting near the curve’s peak, and it’s like we are almost challenging the virus. ‘Let’s see how many people you can infect. We want to see how strong you are.’ Like this is a game of poker, and we’re all in.”

But it’s not just in Brazil and Mexico. Argentina, Chile, Colombia, Ecuador, Guatemala and Peru are each forecast to see more than 10,000 fatalities, according to Reuters. In Peru and Chile, political leaders who initially touted success in managing the pandemic now find their countries overrun by the virus and popular discontent mounting.

The situation in Chile, in particular, is striking: It is blessed with a more advanced health-care system than many of its neighbors, and officials suggested they could soon distribute the world’s first “immunity passport.” Two weeks ago, the health minister who proposed the initiative resigned as infections surged. Now, Chile’s deaths per capita dramatically surpass those of Brazil and the United States, and its official number of cases eclipses those of Italy and Iran — countries once considered epicenters of the pandemic.

As the country hunkers down for a quarantined winter, there is little to dispel the simmering popular discontent that saw mass protests over inequality paralyze the government last year. As is the case in much of the world, the spread of the virus has disproportionately affected the country’s poor and only underscored societal and economic divisions.

“Although it likes to think otherwise, Chile’s DNA code is very Latin American, and its cities are highly segregated,” Dante Contreras, an economist at the University of Chile, said to The Washington Post. “Part of the population lives in the First World and the rest in the Third World, yet we all live within a few kilometers of one another. … Both the social movement and pandemic have torn away a veil, revealing a very different country to the one that Chile’s elite had thought it lived in.”

That’s a recurring theme in Latin America’s coronavirus experience. The virus was carried into the region by the rich, jet-setting classes but has spread unabated among the poor, who live in circumstances that leave them profoundly vulnerable to the highly contagious virus. (Tiny Uruguay, with a small population and decades of robust public spending, including on health care, has bucked the trend.)

“The adherence of the population to social distancing measures is very different to Europe, where they don’t have so many poor people and they don’t have big slums,” said Jarbas Barbosa, assistant director at the Pan American Health Organization, to the Financial Times. “It’s very difficult to sustain these measures for a long time.”

“Nearly three-quarters of Mexico’s coronavirus fatalities have involved underlying conditions such as hypertension or diabetes,” wrote my colleague Mary Beth Sheridan. “As cheap, processed foods and sugary soft drinks have proliferated in recent decades, particularly in poor neighborhoods, obesity and other chronic illnesses have multiplied. Even before Mexico reported its first cases, epidemiologists were fearful about the virus’s effect on a country suffering a nutritional crisis.”

And on top of the public health calamity, there’s another imminent disaster. Experts fear that, as a consequence of pandemic shutdowns and slumping economies, tens of millions in the region will be pushed deeper into poverty, erasing multiple generations of social progress achieved in various countries. That may well have knock-on political effects once the pandemic passes and popular anger flares.

“Optimists think that the overriding lesson of covid-19 is that democratic governments, armed with science and openness, are doing a better job than populists, and that voters will reward them,” noted the Economist, referencing the disease caused by the coronavirus. “That may be so in richer parts of the world. In Latin America opposition to incumbents, whether populists or democrats, is more likely to be the trend.”