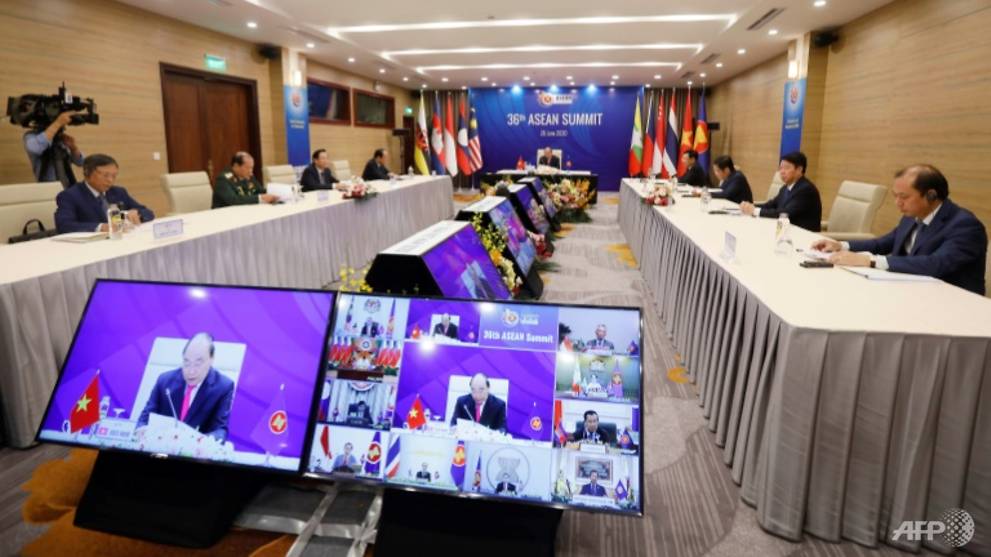 The current chair of the Association of Southeast Asian Nations (ASEAN) also wants to use the summit to inject momentum into talks on a sprawling China-backed trade pact.

The immediate focus for the 10-member bloc is the crippling cost of the coronavirus, which has ravaged the economies of tourism and export-reliant countries such as Thailand and Vietnam.

“It has swept away the successes of recent years … threatening the lives of millions of people,” Vietnam’s Prime Minister Nguyen Xuan Phuc said in a sobering opening address.

He emphasised the “serious consequences” of the pandemic for economic development among ASEAN’S members.

Thailand is bracing for particularly rough news – its central bank now forecasts its economy to shrink by an unprecedented 8.1 per cent.

Vietnam, which has won praise for containing the virus early, is still set to see at least two per cent chipped off its GDP in 2020.

It hopes the summit will see progress on a trade agreement known as the Regional Comprehensive Economic Partnership, which is being pushed by China.

A deal, which would loop in half the world’s population and a third of its GDP, has been hampered by India’s refusal to join over access to its market for cheap goods from China, the regional superpower it is now locked in a deadly border row with.

There is also increasing angst that the fallout from the virus has provided cover for new Chinese plays in the South China Sea, the resource-rich waterway Beijing claims most of but is also contested by Vietnam, the Philippines, Malaysia and Taiwan.

In recent years Beijing has stepped up its territorial claims in the South China Sea by building artificial islands.

In April it officially named 80 islands and other geographical features in the disputed waters.

The same month Vietnam also accused Beijing of sinking a trawler, prompting the United States to warn it was “exploiting the distraction” of other states “to expand its unlawful claims”.

Beijing took advantage of the Asian financial crisis in the late 90s and the SARS outbreak to push its claims, he added.

READ: Why Indonesia is reaffirming its position on the South China Sea and turning down China’s offer for bilateral talks

READ: China warns risk of naval incident with US on the rise

Without directly mentioning China, Vietnam’s Phuc admitted that “strategic problems between big countries had become clear and had deepened”.

“While the world is trying its best to fight the pandemic, there were irresponsible acts, violating international laws, that affected the security and stability of some regions including ours,” he said.

Vietnam expert Carl Thayer, an academic at the University of New South Wales, believes the past few months have been “business as usual” for China.

But he noted that negotiations on a so-called Code of Conduct for the South China Sea had stalled because of the virus.