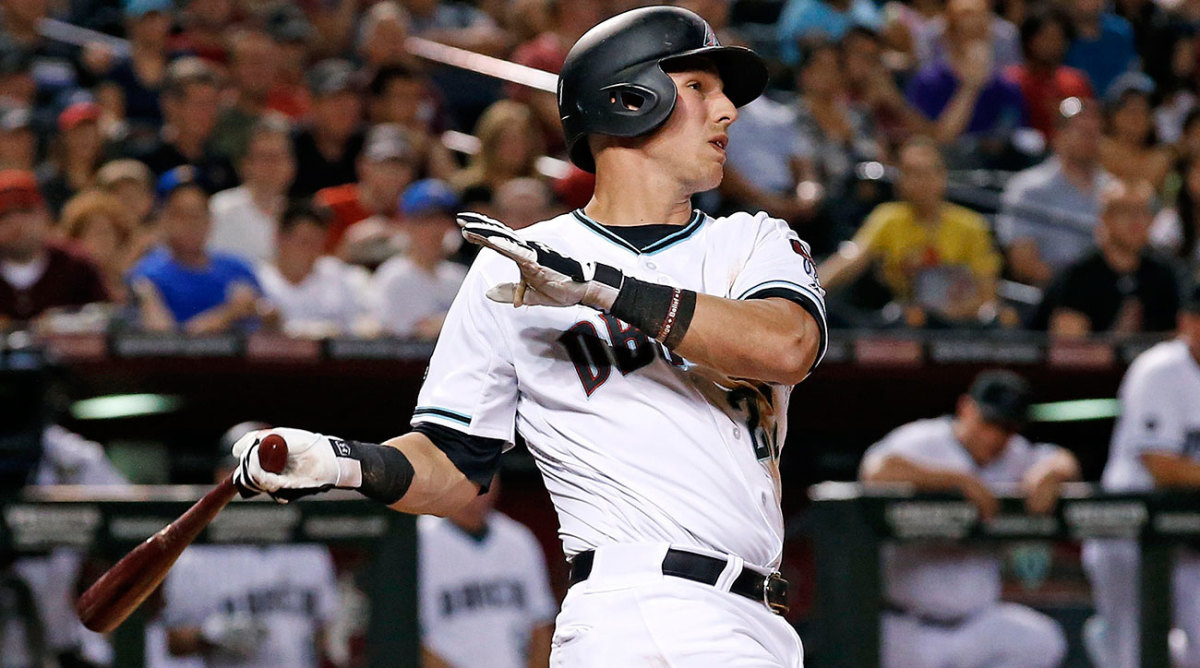 Ginkel didn’t have a problem with either right-handed (.152) or left-handed (.200) batters with Arizona.

His strikeout rate (12.9) ranked highly in the minors with a respectable walk rate. In the mix for saves if Archie Bradley trips up.

Four days into the 2018 season, Lamb landed on the IL for six weeks with a left shoulder injury. When he returned to the starting lineup in mid-May, his bat lost all value (.217 with six HRs and 26 RBI over 189 at-bats). He ended up back on the injured list with the same shoulder injury that led to season-ending surgery in August.

Last year Lamb spent most of the first three months on the shelf with a quad injury. He never showed a spark over the final three months (.185 with five HRs and 25 RBI over 146 at-bats).

He has a waiver wire ADP (592), but Lamb may still emerge at the left-handed platoon option at first base. There’s a better player here, which makes him worth a flier in deep leagues.

A Jake Lamb injury six games into 2019 created a starting job for him.

His average hit rate (1.839) fell in line with his previous two seasons in the minors. He had risk in his strikeout rate (25.7) while doing a good job taking walks (11.1 percent).

This season Lamb will be in the mix for at-bats at first base, which may force one of the two to seek playing time at another position. The switch to the DH in the National League does help Walker’s chance for at-bats.

Risky player based on his draft value (ADP – 197). Walker should improve in his second year in the majors, but his RBI rate (12) wasn’t ready to hit in the middle of the batting order. I would draft him with the idea of 450 at-bats with a full season of games.

After the best season of his career, Peralta played well over his first 182 at-bats (.319 with 27 runs, seven HRs, and 30 RBI) in 2019. He missed the end of May with a right shoulder injury that flared up again in early July and ended his season in late August with surgery.

The Arizona Diamondbacks signed him to a three-year $22 million contract in early January, which shows that they are confident that his shoulder will be fine.

Peralta only hit .227 after the All-Star break with three home runs and 13 RBI over 88 at-bats.