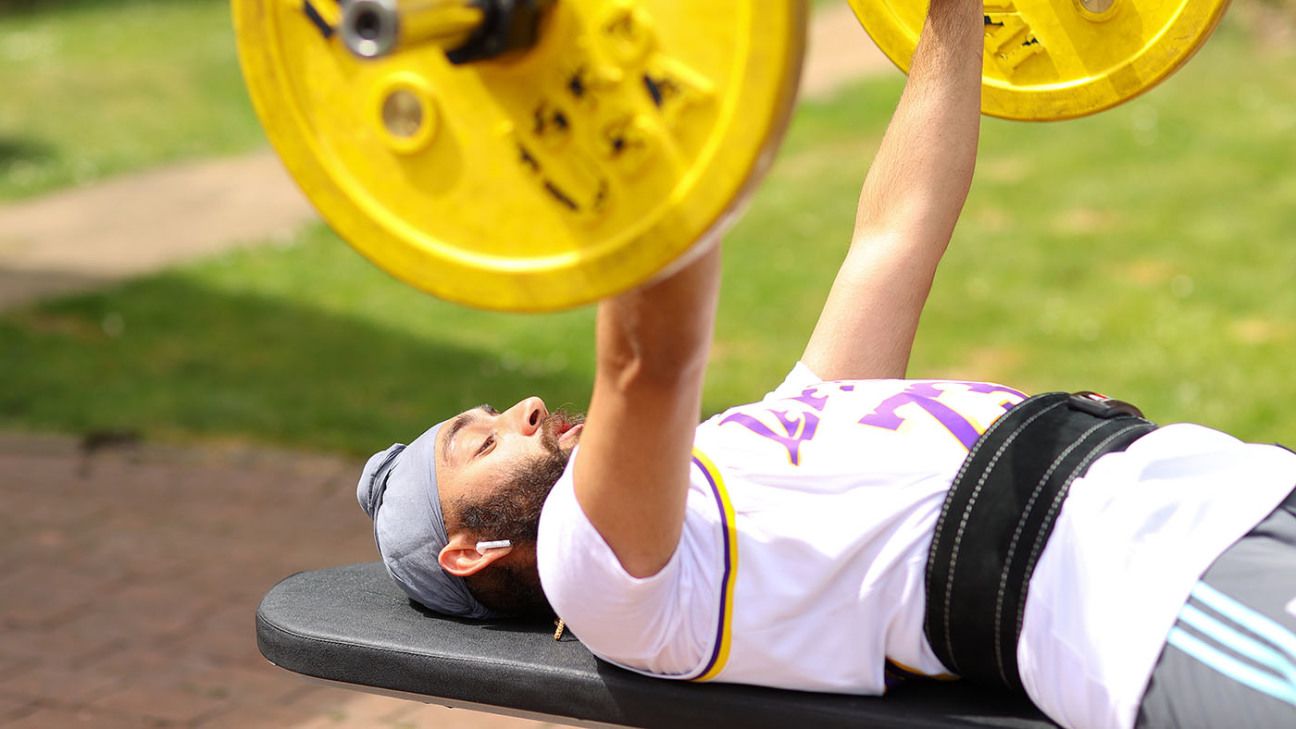 He is the youngest and least-experienced of the five specialist spinners in England’s 30-man training group, but Amar Virdi has insisted he is not at the Ageas Bowl to make up the numbers.

Virdi, 21, has only played 23 games in his first-class career, but has already been part of several England Lions squads and earned impressive reviews from his coaches at Surrey. And while he finds himself behind Jack Leach, Dom Bess and Moeen Ali in the pecking order going into next month’s Test series against West Indies, he is confident that he can push them for a spot in the side.

“Obviously I’m here so I want to be playing Test cricket whenever that comes, so I’m going to keep on trying my hardest to make sure that I’m playing,” he said on Friday. “I don’t really try to impress as such – I want to do my own thing and be who I am. That’s what I want to show people and show people what I’m capable of doing, rather than doing other things or try to forcefully show my skills.

“So far I’ve just been myself and just been bowling and doing all my other skills. I definitely do want to be playing in the first Test match, or at least be in the squad. If I didn’t want to do that I probably shouldn’t be here. I’m very proud of myself that I’ve got to this stage. The next stage is about pushing for a Test place, so whenever that does happen I’m going to keep working hard.”

Virdi’s new head coach at Surrey, Vikram Solanki, sung his praises last week, describing him as a “very attacking bowler” with “some real skill”. His statistics in his first-class career to date back that up: his strike rate of a wicket every 51.9 balls is bettered only by Simon Harmer and Keshav Maharaj in Division One of the County Championship over the last three years.

“In my set-up as a bowler, it’s a fundamental thing. I think you’ve got to be aggressive and you’ve got to be looking to take wickets. Maybe the pitches aren’t always going to be suited to you but as a spinner even if you are looking to keep it tight, my eyes are always on taking wickets regardless.

“Obviously being young, I’m still learning my skills and getting better at my skills, so you will bowl the odd loose ball or you might not get six balls in the perfect space. But I think you’ll bowl a lot more wicket-taking deliveries and that’s what makes you dangerous: when a batsman knows that you can get them out on any wicket.”

It is worth remembering that it was only a year ago that Virdi was not being considered for selection at county level due to his fitness levels falling below an acceptable standard. He was shown some “tough love” by strength and conditioning coach Daz Veness, according to director of cricket Alec Stewart, and has taken his new regime very seriously. He even took a swig from a protein shake-branded water bottle during Friday’s virtual press conference, as if to drive home the point.

“I don’t think I’d be here if that didn’t happen,” he said. “I probably didn’t put as much focus on that part of my game as I should have, and it probably took something like that to understand how important it was. If that didn’t happen, I would have struggled then progressing to the next level.

“It’s had a big impact on my bowling and everything like that,” he said. “I’m hitting most of those minimum standards and now it’s a case of making sure I’m fit enough to play the game and making sure that even after a long day’s play I’m ready to go the next day and that’s key for me especially wanting to play Test cricket.”

England’s 30-man squad has been split into two groups for training, to help manage its bloated size. Virdi has found himself in the same group as two of his rivals for a Test spot – Moeen and Matt Parkinson – and said he has felt the benefits of working with Moeen already.

“He’s definitely a seasoned spinner. It’s just how free people are with their advice. You can ask whatever you want and they’ll always try to help you as much as possible. Whatever opportunity I’ve had in the past, I’ve always tried to ask him a few questions. Chatting with him and bowling with him in the nets has been really good.

“I really enjoy watching Moeen bowl now. That’s been really good to see how he goes about his business, and he’s a great help in the nets. Whenever you’re around him he’s always helpful [and] gives you advice.”