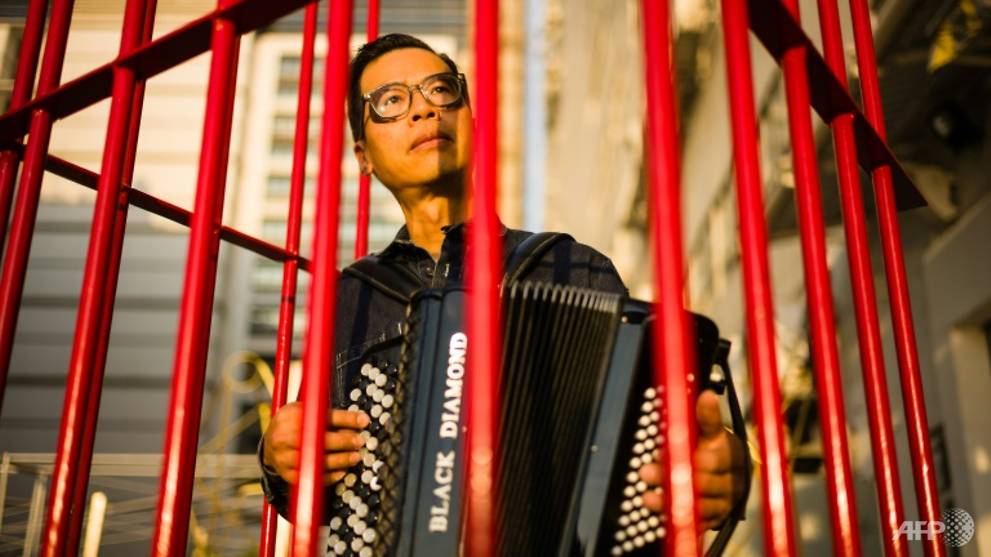 HONG KONG: The director of a documentary about Hong Kong’s protest movement says he has deleted a scene featuring a dissident artist playing China’s national anthem after a law was passed criminalising “insults” to the revolutionary song.

The revelation illustrates how the new law is already curtailing artistic creativity in semi-autonomous Hong Kong as it seethes with popular anger towards Beijing’s rule.

Evans Chan, a Hong Kong-born but US-based producer behind the film We Have Boots” said he removed a segment after distributors told him they might face legal problems following the passing of the national anthem law earlier this month.

“The legal advice obtained by the distributors says we’d better make the cut,” Chan told AFP, saying the edit would be made to the Hong Kong edition of the film, which first screened at the Rotterdam film festival earlier this year.

The scene featured footage of local artist Kacey Wong playing China’s March of the Volunteers on an accordion as he sat inside a red metal cage for a piece of performance art titled “Patriot”.

Under a deal signed ahead of the 1997 handover by Britain, China agreed to a “One Country, Two Systems” deal allowing Hong Kong to keep certain liberties and autonomy for 50 years.

As a result, the city has been a bastion of artistic and creative freedom within authoritarian China but many fear that is fast changing.

The new law forbids insulting or changing China’s national anthem with up to three years in jail and a fine for those found guilty.

China is also pushing ahead with a separate national security law targeting subversion, secession, terrorism and colluding with foreigners.

Beijing says the law will restore stability after violent pro-democracy protests last year and will only target “an extreme minority”.

Critics fear it will bring mainland-style oppression and deliver a fatal blow to free speech given anti-subversion laws are routinely used by Beijing to crush dissent over the border.

Chan said he remained unsure whether a film like his – which features many of the city’s most famous dissidents – will even be screenable in Hong Kong once the national security law passes.

“If the law is soon passed, whether the film administration will give a green light and whether the distributors will take the risk, those are tricky questions,” he said, referring to the city’s film classification board.

The security law could be passed as early as next week with Beijing’s top lawmaking body meeting from this Sunday (Jun 28).

Wong, the artist who had his segment removed, said he understood the need to edit out his performance, but said his work meant no insult to China’s national anthem.

“It’s dedicated to the real patriots of China who chose to speak up and bear the consequences of suppression even when they fully understand the risks,” he told AFP, referring to jailed human rights lawyers and activists in China.