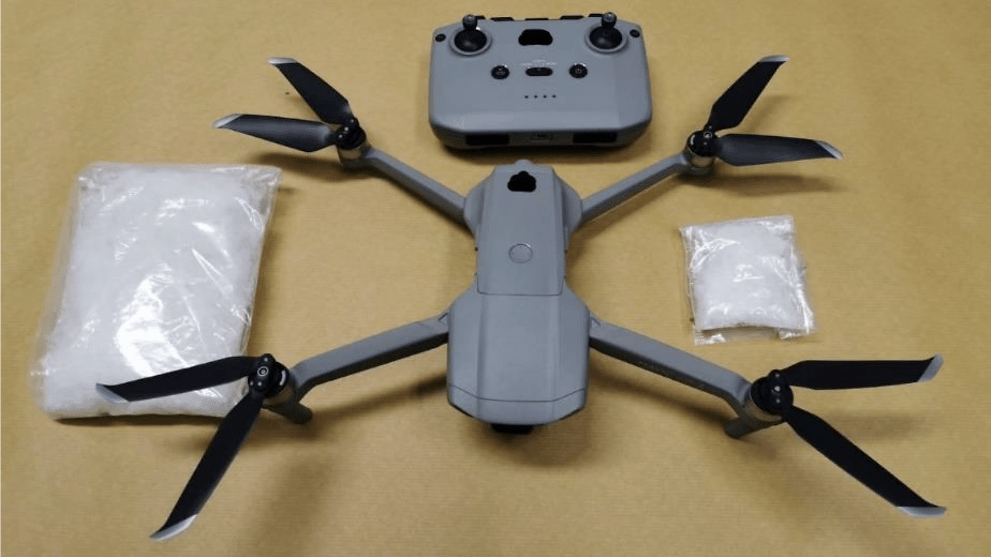 JOHOR BAHRU: Malaysian police said on Wednesday (Jun 24) that they have nabbed two more people over a case involving the use of drones to smuggle drugs between Johor Bahru and Singapore.

This came after the authorities announced on Tuesday that they had arrested Singaporean Mohamad Azli Ahmad Said, 40, also known as “Boy Setan”.

Johor police chief Ayob Khan Mydin Pitchay said on Wednesday that a Malaysian female, 23, was arrested together with Mr Mohamad Azli in Taman Mount Austin. A male accomplice, 41, who is a Singaporean, was arrested in a condonimium in Johor Bahru city.

Mr Ayob Khan said both Mr Mohamad Azli and his male accomplice were secret society members and were also wanted by the Singapore Police Force (SPF) for drug and criminal cases.

“Both men were high when we questioned them, so give us some time. There may be more operations launched, because if we look, the total amount of drugs seized was not a lot. Even the drugs confiscated in Singapore was not a lot. But this is a new modus operandi,” Mr Ayob Khan said during a press conference.

All three have been remanded for 14 days.

“We will charge them here first, as the offence was committed in Malaysia. They will face Malaysian laws before we send them back (to Singapore),” Mr Ayob Khan added.

When asked about the possibility of preventing such drone flights in future, he said police have jamming equipment.

“Actually, drones need permission from the public aviation authorities, such as the Civil Aviation Authority of Malaysia (CAAM). Each drone flight needs a permit.”

He added: “More so if you’re flying the drone in security spaces like this police contingent headquarters or immigration entry/exit points.”

READ: From hobby to analytics: Malaysia’s dronetech companies scale up for the future

The SPF and Central Narcotics Bureau (CNB) said in a joint news release last Saturday that four Singaporeans were arrested after the authorities seized a drone carrying drugs at Kranji Reservoir Park.

According to the release, the police detected “unusual unmanned aircraft activity” in the vicinity of the park at about 5.45pm last Wednesday.

Officers from the Woodlands Police Division were dispatched to investigate and they observed a drone, with a bag attached to it, hovering in the air.

The police subsequently found and arrested two men, aged 29 and 34, believed to be operating the drone. The drone and a black bag attached to it were retrieved.

“The two men were suspected to have operated the unmanned aircraft from Singapore, to import drugs from Malaysia. The flight data retrieved from one of the suspects’ phone showed that the unmanned aircraft had flown from Kranji to Johor Bahru and back again to Kranji that day,” the release stated.