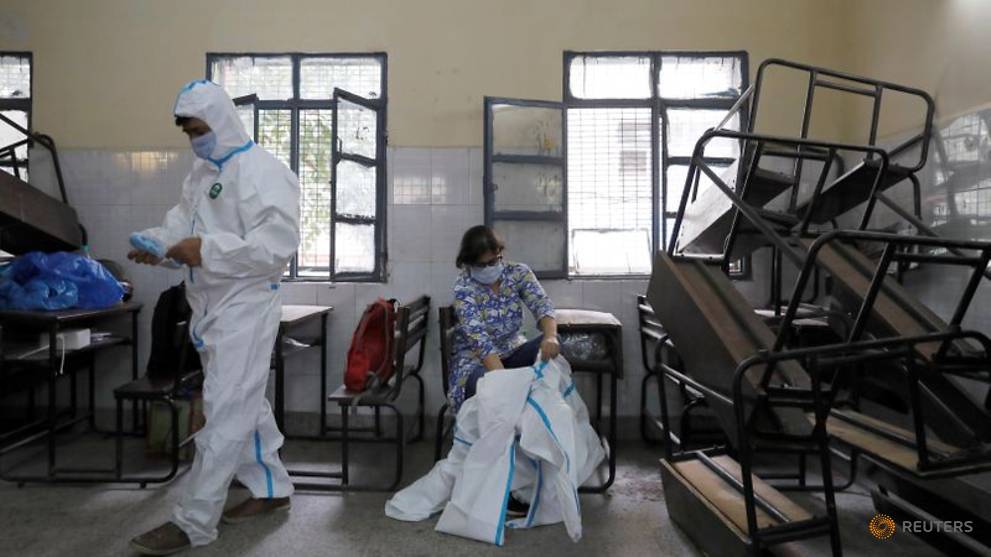 NEW DELHI: India reported 16,000 new coronavirus cases on Wednesday (Jun 24), its highest daily increase since the outbreak began, and the government called in the army to manage new treatment centres with thousands of additional hospital beds in New Delhi.

At more than 456,000 confirmed coronavirus cases so far, India is the fourth worst hit country in the world, behind the United States, Brazil and Russia, according to a Reuters tally.

Cases are expected to keep rising as state governments ease restrictions in place since lockdown was first imposed in late March.

New Delhi, the sprawling capital of more than 20 million people, also recorded its highest single-day increase on Wednesday, with more than 3,900 cases. Local government data showed that of the roughly 13,400 beds allocated to COVID-19 patients in the city, around 6,200 were occupied.

The federal home ministry said the city would have around 20,000 additional beds available by next week at temporary facilities run by army doctors and nurses.

These include a 10,000 bed facility hosted at a religious centre and railway coaches turned into wards.

Delhi’s Deputy Chief Minister Manish Sisodia said that a new federal government order to take every positive patient to an assessment centre as opposed to evaluating them at home was stretching already limited resources.

“Our ambulance system, our medical system is under pressure now. Today, we are having to take patients in buses,” Sisodia said, adding that he had written to the federal home ministry. “This (rule) is creating chaos in New Delhi.”