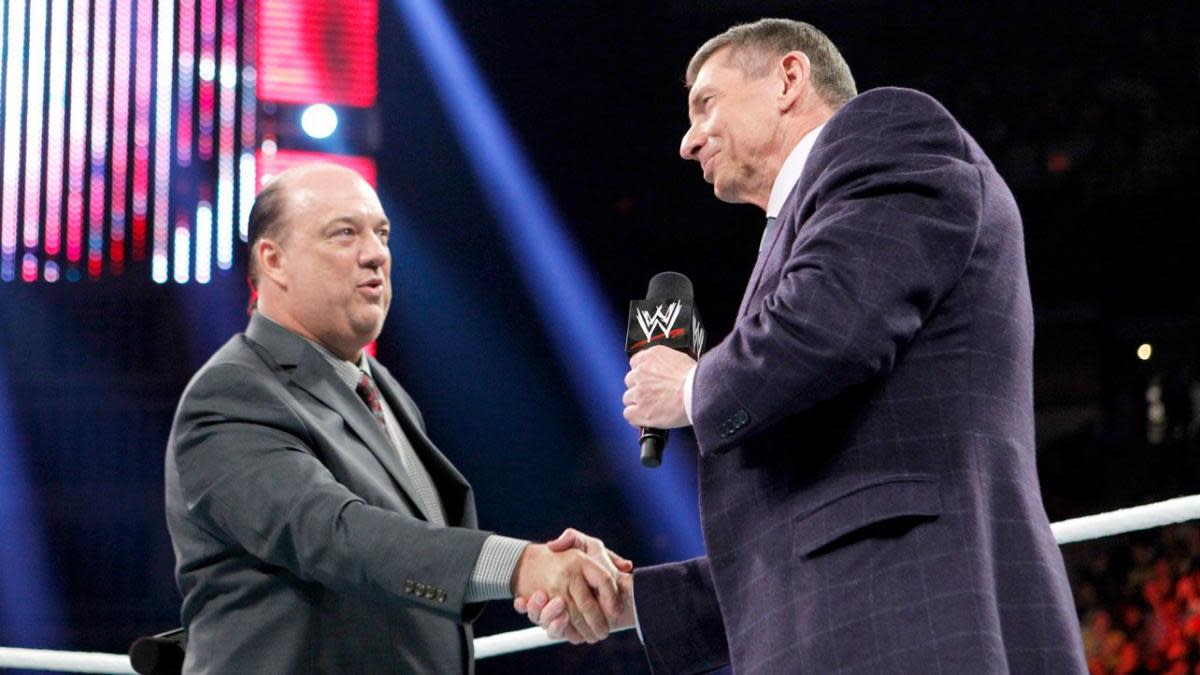 Aiming to increase the show’s weekly television ratings by dismissing Heyman, one of the most brilliant minds in wrestling, is certainly bold. It will likely be effective in the short-term, but a key part of Heyman’s strength was his ability to book stories over a longer period of time, one of WWE’s weaknesses over the past decade.

Sports Illustrated contacted 10 different wrestlers currently active on the Raw roster, and each noted Heyman’s greatest strength was the guidance, recommendation and direction he provided. Every wrestler contacted shared the hope that Heyman will still be at television each week to critique their work.

Heyman lasted nearly a year in the role, but was doomed when the XFL shuttered and filed for bankruptcy, freeing McMahon to focus entirely on WWE. He is now replaced by Bruce Prichard, who also oversees SmackDown, putting him front and center for two of WWE’s three live weekly shows. (Eric Bischoff, who was placed in charge of SmackDown when Heyman first took over Raw, was fired in October.)

The move is both a literal and figurative reminder that McMahon is in charge. While Prichard will manage Raw and SmackDown, the creative direction of both of those shows belongs to McMahon. And the timing is smart, as there will be short-term ratings gains that McMahon can champion to his investors. WWE programming has suffered without audiences, and the ratings for Raw have plummeted. That is likely to change as WWE returns to a live audience, which exists as a possibility as soon as this summer. When ratings increase, McMahon will inevitably receive the credit.

There was not one specific incident that led to McMahon’s decision to replace Heyman, but rather a difference in philosophy that was magnified while working together so closely. The McMahon-Heyman working relationship reached its expiration date. That is an exhausting position, and right now, Prichard can present ideas to McMahon better than anyone else in creative. Heyman has the better idea of what wrestling fans want, but Prichard understands McMahon and the manner in which ideas need to be pitched. Ultimately, for McMahon, Prichard is the better choice to oversee Raw, though that does not necessarily translate to a better show.

Heyman’s legacy does not suffer from this dismissal. He will return to his on-air role, cutting some of the best promos in wrestling, and his well-earned reputation of creativity and innovation will not be altered.

It was obvious that Heyman was restricted in his role as Executive Director. With the XFL no longer around, it was clear that McMahon would return in a larger role in WWE, specifically on Raw. So, following Sunday’s Backlash pay-per-view, the latest iteration of a “new” era begins this Monday, led by Vincent K. McMahon.

Raw needs a change, but time will soon tell that removing Paul Heyman was not the answer.