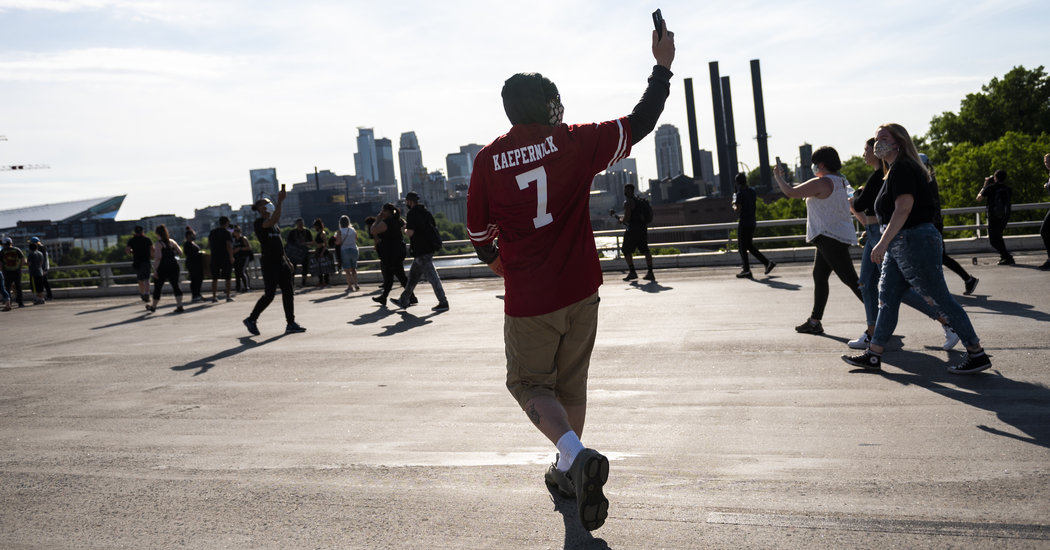 Recognizing Kaepernick is seemingly the only concrete action that has widespread agreement among players. With momentum built, less fear of reprisal from owners, the league or fans, and an unusual amount of time away from the field because of stay-at-home restrictions, players want to get more involved in societal change. The only question is: What’s next?

Some want to double down on the many initiatives already established. In 2019, the league started a program called Inspire Change that directs millions of dollars in donations to groups focused on “police-community relations, criminal justice reform, and education and economic advancement.” On Thursday, the N.F.L. said it was nearly tripling the size of its commitment to the program, pledging to spend up to $250 million over 10 years. (The league has already distributed $44 million.)

The Players Coalition, which split progressive players when it began in 2017, has drawn widening support for justice reform measures in recent months. Quarterback Tom Brady, who has been friends with Donald Trump for many years, last month added his name to the group’s call for Attorney General William P. Barr to investigate the shooting death of Ahmaud Arbery. The Players Coalition amassed 1,400 signatures to a letter urging Congress to pass a bill that would end qualified immunity for public officials, including police officers. The signees included quarterback Drew Brees, who last week reversed course on his condemnation of players protesting during the national anthem.

Players on other teams have focused on increasing their work on the local level, through their teams’ social justice committees. The Minnesota Vikings, for instance, have in the past accompanied students to Washington, D.C. to visit the Holocaust Museum and the National Museum of African-American History and Culture, and work with All Square, a group in Minneapolis that helps people leaving jail find work.

On Wednesday the team announced that it had established a college scholarship in George Floyd’s name for African-American students, helped clean neighborhoods hit by destructive protests and met with the city’s police chief. Ameer Abdullah, a running back on the team, on Wednesday told reporters that he expected players to encourage citizens to vote in the presidential elections in November.

Kansas City Chiefs quarterback Patrick Mahomes, who took part in a player-led video that pushed the N.F.L. to support their protest and include “Black Lives Matter” messaging in its statement, said he and his teammates would meet next week to come up with ways to increase voter registration. He said they wanted to “get as many people registered to vote so they can go and try to affect change in every way they feel possible.”