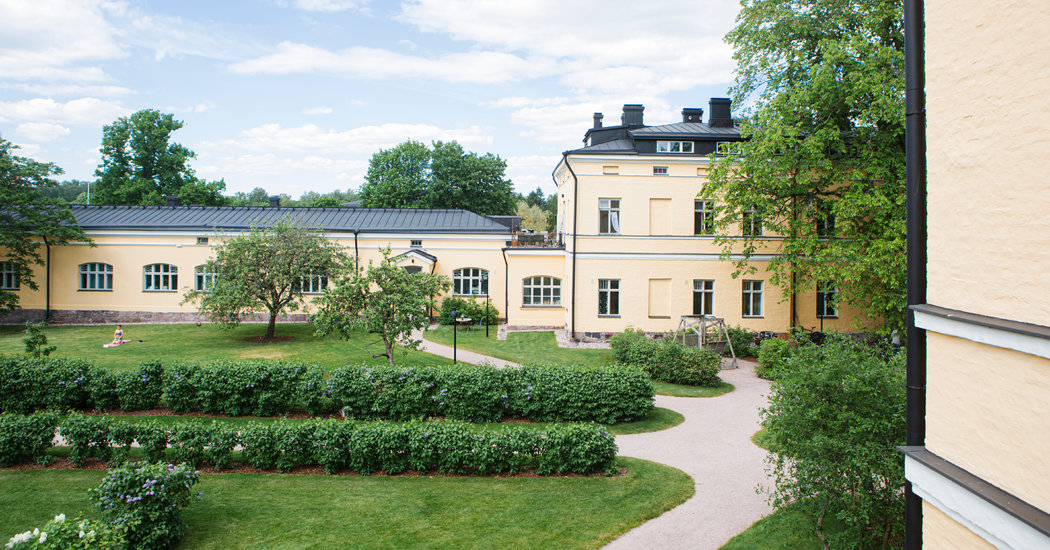 Tove Jansson’s Moomins might be Finland’s most famous exports. The author and illustrator is a cherished national icon and, for Finnish readers, her enchanting, snout-nosed characters offer not just an escape into a magical world, but a vision of a Nordic good life in which every creature counts.

So when the company that owns the rights to Ms. Jansson’s work, Moomin Characters, joined in a proposal to turn a beloved Helsinki landmark into a commercial development that would include a Tove Jansson museum, there was outrage. To critics of the plan, it looked as if the Moomins were selling out.

Ms. Jansson published the first Moomin story in 1945, and generations have raised their children with the books, using them to teach the values of equality, empathy and peaceful living in harmony with nature. But the Moomins are also big business, with an annual retail value of 750 million euros, or about $850 million. You can buy Moomin mugs, Moomin towels and even Moomin panties.

As part of a proposal submitted to Helsinki City Council this year, a real-estate developer, NREP, offered Moomin Characters rental space for its offices and art collection as part of a bid to develop Lapinlahti, a neoclassical building that was once Finland’s first psychiatric hospital.

Lapinlahti is now a center for promoting mental well-being, home to artist studios, arts organizations and mental-health charities. It presents an integrated program of cultural activities including concerts, exhibitions, movie screenings and art classes. Campaigners say the redevelopment, which would bring in stores and restaurants, and see the construction of a new hotel on the grounds, would destroy a community of social and artistic engagement, and disturb the natural environment, endangering plants and wildlife.

A debate has been roiling in Helsinki over the proposal, and campaigners against it said that Moomin Characters was acting against Tove Jansson’s spirit by signing on. The dispute distressed fans and tarnished the reputation of a Finnish institution; this week, Moomin Characters said it had walked back from the deal.

In an email to The New York Times on Wednesday, Roleff Krakstrom, Moomin Characters’ chief executive, said the company had withdrawn from the project. He declined to comment further.

“The Moomins were originally a bit innocent,” said Thomas Wallgren, a philosopher who is also an elected representative on Helsinki City Council, and who has been active in the campaign against the redevelopment. “They wanted a nice place for their company, and got caught with their trousers down,” he added.

The campaign to save Lapinlahti has united some of Finland’s most prominent artists, including the filmmaker Aki Kaurismaki, the composer Kaija Saariaho and the actor Krista Kosonen, who have joined thousands of Finns to petition Helsinki City Council, the current owner, not to sell.

In a statement, Kristian Wahlbeck, the development director of the Finnish Association of Mental Health, a nonprofit with offices in the building, said that the furor over the former hospital’s future was a “fight between big bucks and civil society interest.”

Lapinlahti was designed in the 19th century by the German architect Carl Ludvig Engel, who built some of Helsinki’s most famous landmarks. An elegant building in a park overlooking the sea, its grounds are valued green space for those who live nearby.

“Many Finnish painters and artists were patients there,” said Monika Fagerholm, a popular Finnish author, in an interview. “In its time it was also innovative: The idea that if you are mentally ill you might get better in a space with peace and beauty.”

Joonas Lemstrom, a director at NREP, said in a statement that the Lapinlahti redevelopment was “a flagship project” in the company’s strategy for urban development. “NREP is not in the project to maximize profit, but to develop a unique urban environment that people living in Helsinki and travelers to can enjoy,” he said. “The goal of our proposal is to open a green open oasis of health, well-being and culture to everyone.”

In May, as public pressure mounted, the city’s urban environment committee voted against the sale. In a surprise countermove, Helsinki’s mayor, Jan Vapaavuori, announced he would take the decision to the city board for review — a rare use of mayoral prerogative. The board will consider the proposal on Monday.

Mr. Wahlbeck, the mental-health association director, said the mayor’s response “shows the strong influence of international real-estate investors on urban planning and some political decision makers, even in a relatively noncorrupt society such as Finland.” Through a spokeswoman, Mr. Vapaavuori declined to comment for this article and did not reply to emailed questions.

The city’s decision to sell Lapinlahti was part of a strategy to offload nonessential city property. Mr. Wallgren said that Helsinki City Council was pursuing “a policy of privatizing assets.”

He added that NREP’s tactics in advocating for the sale were alien to Finnish politics. The developer has engaged Hill+Knowlton, a New York-based public relations firm, to represent its case to the City Council. “It’s new, and contrary to our democratic tradition, that corporate lobbyists are involved at all,” said Mr. Wallgren.

It was unclear on Friday if Moomin Characters’ withdrawal would affect the sale’s chances with the city board. Mr. Lemstrom said in an email on Thursday that NREP had now amended the proposal, so that it “includes several suitable options for tenants, including cultural and creative industry organizations as well as mental health services.” NREP is also offering the City Council the option of retaining a stake in Lapinlahti of “about 10 percent,” according to documents that the board will consider on Monday.

But Mr. Wahlbeck said he would continue opposing the project. “The citizens of Helsinki have taken Lapinlahti to their hearts,” he said. “They see it as something which shouldn’t be privatized, but kept as part of our common ownership.”