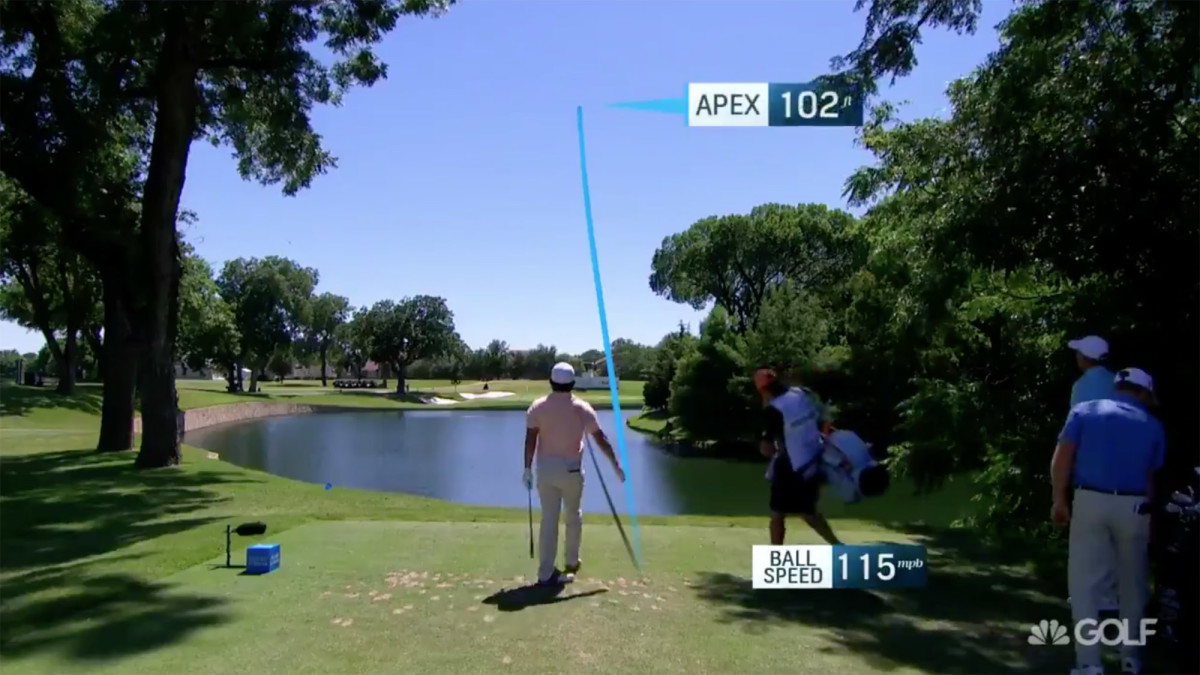 The ups and downs of golf without fans

The PGA Tour is back in action this week in Texas with the Charles Schwab Challenge. It’s the first major non-combat sport to resume in the U.S. and it’s giving us a look at what sports will be like in the near future.

The lack of fans on the course means no one is obnoxiously yelling “get in the hole!” on every shot, but it also means that the usually quiet sport of golf is somehow even quieter. CBS is filling some of the silence by putting microphones on players, which led to this fantastic moment with Jon Rahm.

While increased access to the players can be a partial replacement for the usual ambiance, there are still moments where the fans are sorely missed. Just look at what happened when Sung Kang made a hole-in-one on the 162-yard 13th.

Normally you’d expect an eruption from the fans gathered around the green that could be heard by players and fans all over the course. Instead you get the announcer saying in a semi-excited tone, “It’s a one for Kang!” and then transitioning without skipping a beat into his fun fact about how Kang “played a lot of golf here with Danny Lee.”

The subdued reaction from the players is also noteworthy. You can hear one person yell when the ball drops but it doesn’t look like there was much of a celebration on the tee box. It could just be because Kang and his playing partners Brendon Todd and Tyler Duncan aren’t too friendly, or maybe it’s that they have no crowd to feed off of and pump them up. Either way, expect to see a lot more scenes like that until people are allowed to gather en masse again.

You can’t do that

Boxing is back in Las Vegas after a long layoff and at least one fighter looks like he might have forgotten the rules while he was away.

Dominican featherweight Yenifel Vicente was disqualified from his fight against Vegas native Jessie Magdaleno in the 10th round after hitting Magdaleno in the crotch not once, not twice, but three times.

Coronavirus hit Spain particularly hard. Here’s what La Liga had to do to become the second of Europe’s five major soccer leagues to return. … Each MLB team’s biggest draft steal of the millennium. … Saints captain Demario Davis is traveling the country trying to help police improve relations with their communities.

A majority of Americans now support NFL players’ right to protest. … A feature-length documentary about Magic Johnson is in the works. … The NBA may lock media members in its Orlando bubble for the entirety of its Disney stay. … A women’s basketball player at Liberty is transferring due to “racial insensitivity” from the school’s leadership. … A biopic is in the works about Doug Williams, the first Black quarterback to win a Super Bowl. … Alex Cora spoke out about the Astros’ sign-stealing controversy, pushing back on the idea that he was the mastermind.

He’s got quite the collection

Ray Allen is feeling that pain

Notice anything off here?

Mascots are on another level in Asia

The country band Lady Antebellum changed its name due to Civil War connotations. … Scientists have discovered a prehistoric species of alligator that ran like an ostrich.

A closer look at the new PS5