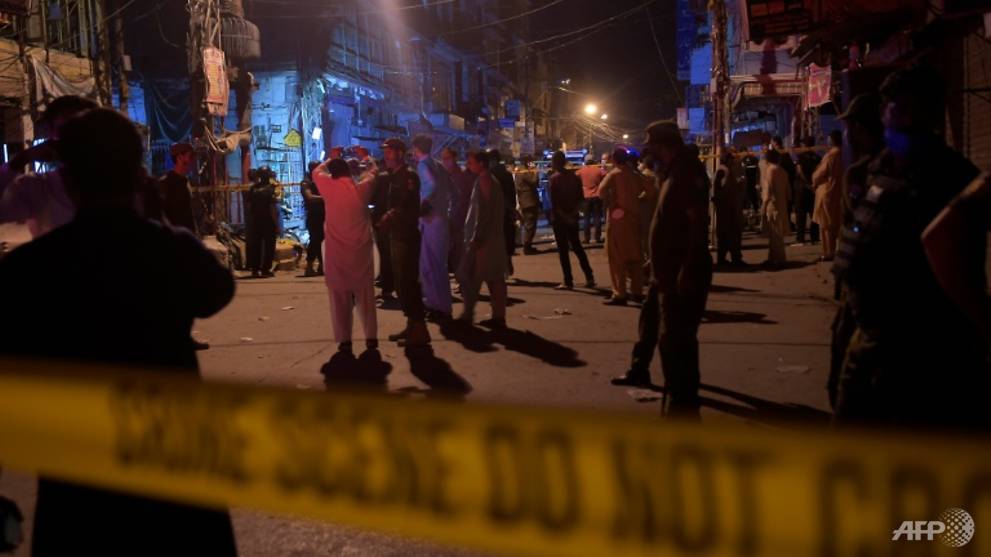 ISLAMABAD: At least one person was killed and a dozen others wounded in a rare bomb blast in the Pakistani city of Rawalpindi on Friday (Jun 12), officials said.

Rawalpindi, Pakistan’s fourth-largest city, is known for its military garrison and adjoins the capital Islamabad.

“One killed, while 12 others were injured in an explosion. The explosive was planted in an electric pole”, Rawalpindi police spokesman Sajjad ul Hassan told AFP.

An AFP photographer saw broken glass from shop windows at the cordoned-off site. Most shops were already shut at the time of the blast.

No group immediately claimed responsibility. Hassan said it was an attempt at “organised terrorism”.

Pakistan has seen a dramatic improvement in security in recent years.

This is the first bomb blast in Rawalpindi since 2015, the same year the army intensified a crackdown on militants.

Analysts however still warn that Pakistan has not yet addressed the root causes of extremism.