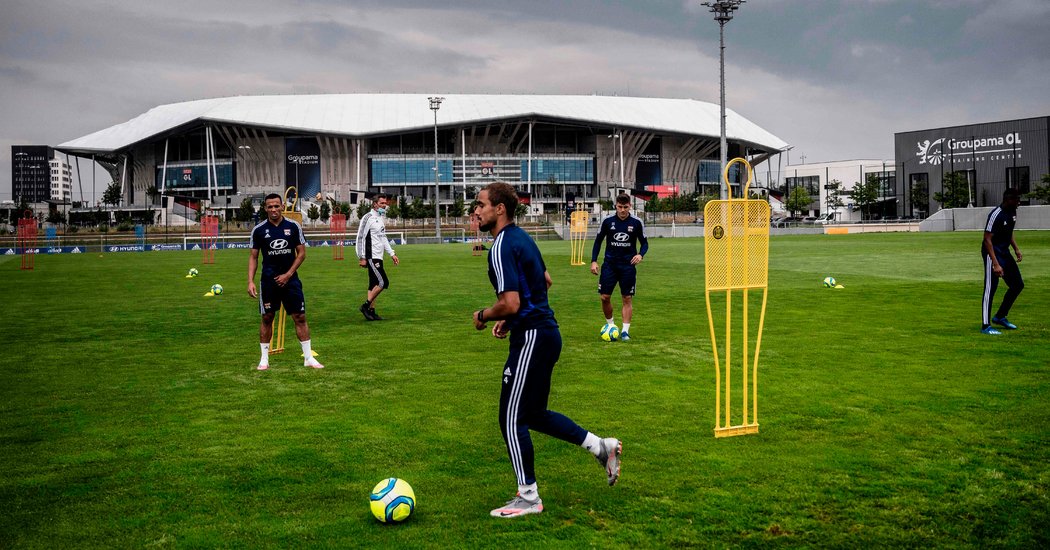 “Whether we like it or not, French sports is ruled by the government,” said Xavier Thuilot, Saint-Etienne’s general manager. “So when the prime minister says, ‘The championships won’t resume,’ it’s not a piece of advice. It’s an order.”

For his boss, Caïazzo, the events of the last few weeks have proved that French soccer needs a structural overhaul: It must, he said, seek to emulate the model of England’s Premier League, where the clubs are effectively shareholders in a private enterprise. “This crisis has shown that the way French soccer is organized doesn’t work anymore,” he said.

Not long before Philippe made his announcement, France’s clubs were busily preparing to restart. What they didn’t know was that the political tide had turned.

France’s clubs submitted a detailed dossier to the government, outlining the protocols for their return to training, on April 20. The document concluded that, if the clubs could return to training by May 11, they would be able to play again in mid-June and finish the season before an August cutoff date suggested by UEFA, European soccer’s governing body.

“It was pretty clear for everyone that we would resume in mid-June and finish six or seven weeks later,” said Schaefer, though other executives believe that the clubs lacked flexibility. French soccer has a new television contract, with the Spanish broadcaster Mediapro, that was set to start this summer; it is worth a record $1.5 billion a season, and the clubs wanted to finish this season as soon as possible so as not to jeopardize it.

Around the same time, though, the U.N.F.P. — the powerful players’ union — was conducting two pieces of research. In one, they commissioned a sports economist to assess the potential cost of not resuming the season. The study found a direct impact of $435 million, with a top end that could rise as high as $800 million. Part of that, though, might be offset by a state-backed loan and the increase in broadcast income from the new rights deal.

The second was a survey of the union’s members, asking how they felt about a restart. About 80 percent said they did not wish to play as the pandemic tore through France. “We did not agree to play again without total security,” said Saint-Raymond, the union’s communications director. “We are not more important than the rest of the population,” he added.