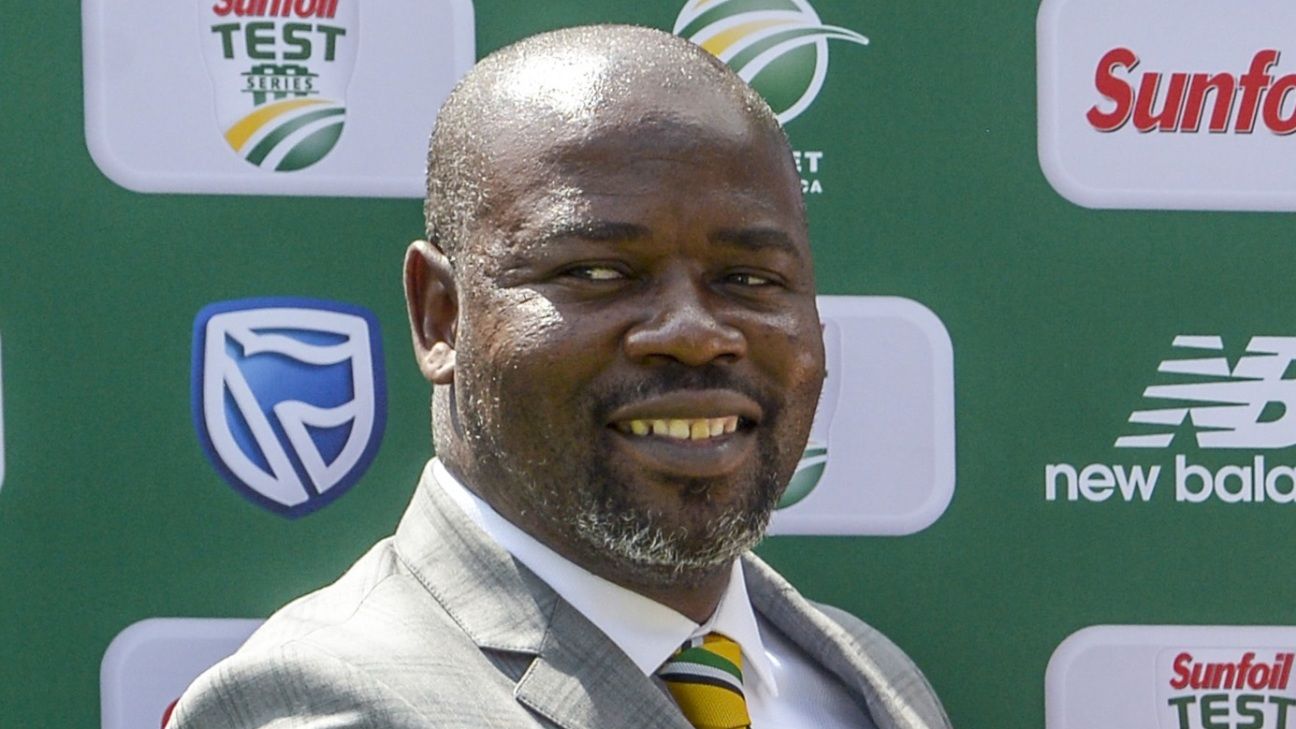 Cricket South Africa (CSA) has clarified that its CEO, Thabang Moroe, remains suspended after he attempted to return to work on Thursday morning.

Moroe was suspended on December 6, 2019 amid allegations of misconduct, and Dr Jacques Faul was appointed as an acting replacement, initially for a period of six months.

CSA hoped to wrap up Moore’s disciplinary proceedings in that time. However, they have not completed a forensic audit which is key to some of the allegations Moroe is facing – including credit card misuse – and his case remains unresolved. While it is understood Faul was given an extension for “as long as needed”, Moroe tried to resume his position but found the organisation’s doors locked as CSA’s staff have been working from home since late March when South Africa went into lockdown because of the Covid-19 pandemic. CSA’s Board has now confirmed he remains suspended and cannot return to work.

“The letter of suspension issued to the Chief Executive Officer explicitly stated that he was suspended until the conclusion of the independent forensic investigation. This investigation is not yet complete and therefore the Chief Executive Officer remains suspended and any assertion that his suspension was for a pre-determined period is without basis,” a CSA statement read.

They also confirmed the delay in Moore’s case is due to the unfinished forensics audit, which they expect “imminently.”

Earlier in the week, the South African Cricketers’ Association (SACA) accused CSA’s Board of lacking the will to complete the Moroe case and of deliberate delaying tactics. SACA cited that six other staff members, who were all suspended late last year, have had their proceedings completed and SACA believes CSA has sufficient evidence to proceed on Moroe without the audit.

CSA denied SACA’s claim. “This remains a matter of utmost concern to the Board. The Board wishes to assure all stakeholders and the public that this matter is receiving all the attention it deserves. However, the Board is also at pains to ensure that due process is followed at all times,” the statement said.

They promised “more clarity” before the end of June. Until then, Moroe remains in full pay of R 350,000 a month (approx US$ 20,800), even though CSA is facing major financial losses.