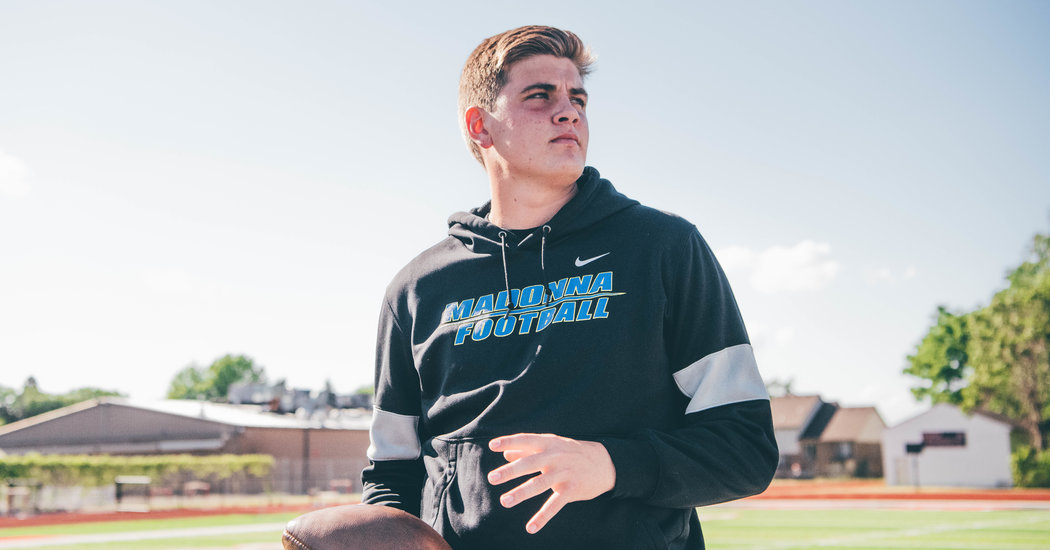 The wait has also been difficult for Peeler, who unsuccessfully tried bringing football back to Erskine on at least two separate occasions. Massaging his approach, Peeler told the university president that football would be the only way to spur its growth, and in August 2018, Erskine reinstated its program as part of an extensive plan to boost enrollment, improve financial stability and cultivate a deeper sense of community, enticing students to remain on campus on the weekends.

Peeler sensed the excitement at homecoming last autumn, when about 2,000 people, he said, attended practice and a tailgate. He was expecting far more to attend the spring scrimmage. To recapture that enthusiasm, Erskine redoubled its engagement efforts on social media and started doing football podcasts with guests like Coach Shap Boyd.

“People who didn’t want to have anything to do with the college for many years now want to come back and check things out,” Peeler said. “It’s important to make sure that we keep the football program on people’s minds.”

Though it’s unclear how the pandemic will affect Erskine’s enrollment, the hope, Peeler said, is that its student population will rise to 1,000, from about 800, by 2023. Adding football, he said, will net the school roughly an additional $1.5 million every year in tuition revenue (Division II schools have 36 scholarships to split among their football teams as they see fit, often with partial aid).

Erskine had about 130 players during fall camp, which Boyd likened to elementary school. He spent most of it teaching, trying to get each player to follow the next. Now Boyd must distill the four weeks of lessons he had planned for the canceled spring practice and integrate it into preseason camp.

The teams are taking cues from their schools on a return.

With some exceptions, the colleges adding football are operating as if there will be no sports until there are students on campus and in classrooms. Todd Wilkinson, the athletic director at Division II Barton College, in Wilson, N.C., said he expects Division II to recommend six weeks of preseason camp, while the N.A.I.A. said this week that as soon as 47 of its 95 participating football programs are cleared by local authorities to resume play, the season will be authorized to begin. The N.A.I.A. also reduced the maximum number of games to nine from 11 and said that organized practices cannot begin until Aug. 15, giving schools four weeks before competition begins.