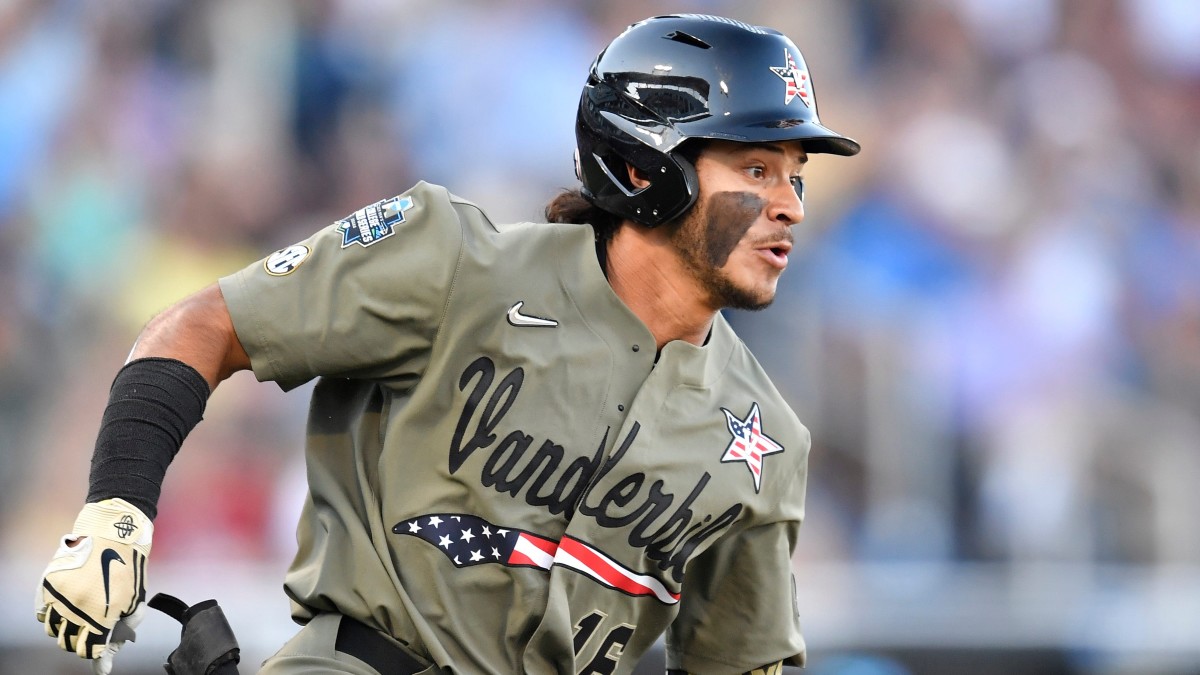 The 2020 MLB draft will stand out in the league’s history, if for nothing else its truncated format. In all, 160 players were taken over five rounds, from Spencer Torkelson to Shay Whitcomb. Check out each club’s newest members:

Shuster impressed at the Cape Cod League last summer, tossing 32 innings with 35 strikeouts and just five walks with a 1.41 ERA. He struck out 43 batters in 26 1/3 innings this year at Wake Forest before the season was shut down.

Round 1 (2nd) — OF Heston Kjerstad, Arkansas

Yorke was seen as a bit of a reach in the first round, and he’s expected to sign for under slot value. Jordan has as much raw power as anyone. He’s young for this class, and won’t turn 18 until December.

Howard is viewed as a high-ceiling prospect. For now, he’s regarded as the best defensive player in the draft class, and his bat should come as he fills into his 6’2″ frame. Nwogu hit .334/.430/.545 in three seasons at Michigan, with 20 homers and 30 stolen bases in 125 games.

Crochet has made just 13 starts in three years in college, so it’ll be an adjustment to turn him into a full-time starter at the Major League level. Kelley is a power pitcher who is still working on developing a consistent breaking ball.

Hendrick is a tad old for a high school prospect, but he’s got plenty of raw power. Roa made just four starts this season but had 35 strikeouts in 2020.

Veen is a left-handed swinger with power and enough speed to possibly stick in center field. McMahon struck out 35 batters with just five walks and no home runs allowed in 25 2/3 innings this season.

Torkelson is the headliner here. He hit 23 home runs as a junior in 2019—tops in the Pac-12 and fifth in the nation. He mostly played first base in college, but the Tigers will try him at third.

Brown was a first-team All-SEC selection in 2019, though he was used as a relief pitcher. He set a school record with 17 saves, which ranked second nationally.

Detmers is extremely polished, with strong command of his off-speed pitches. He struck out 284 batters with 73 in 191 innings at Louisville, and could ascend to the majors quickly.

Miller was the second Louisville pitcher to get scooped up in the first round, and he’ll join his college teammate Detmers in Southern California. He throws a hard fastball and a power slider, and struck out 175 batters in 170 innings in college.

Meyer is a hard-throwing right-hander who excelled in college, with a 2.68 ERA over 148 innings at Minnesota. Eder had so-so results at Vanderbilt, but showed well at the Cape Cod league last summer.

Crow-Armstrong is a stand-out defender who’s improved at the plate. Ginn made 17 starts at Mississippi State last season, with a 3.13 ERA with 105 strikeouts in 86 1/3 innings.

The son of a former first-round pick, Soderstrom gets high marks for his hitting. He might not stick at catcher long-term, but the hope is that the bat will make him worth a first-round selection.

Hassell is a left-handed hitter with a finely-tuned swing. Wilcox made four starts this year before the season ended, with a 1.86 ERA and 32 strikeouts in 23 innings.

Walker is a high-upside prospect. His 6’5″, 220-pound frame might move him off of third base and into right field, but he has a chance to stick there, improve on defense and hit for power.

Williams didn’t flash much power at Arizona State, but he hit well, slashing .300/.383/.400 in 129 career games. His defensive prowess leaves little doubt he’ll be able to stay at shortstop, though, and if the hitting develops he’ll end up being a steal at pick No. 37.