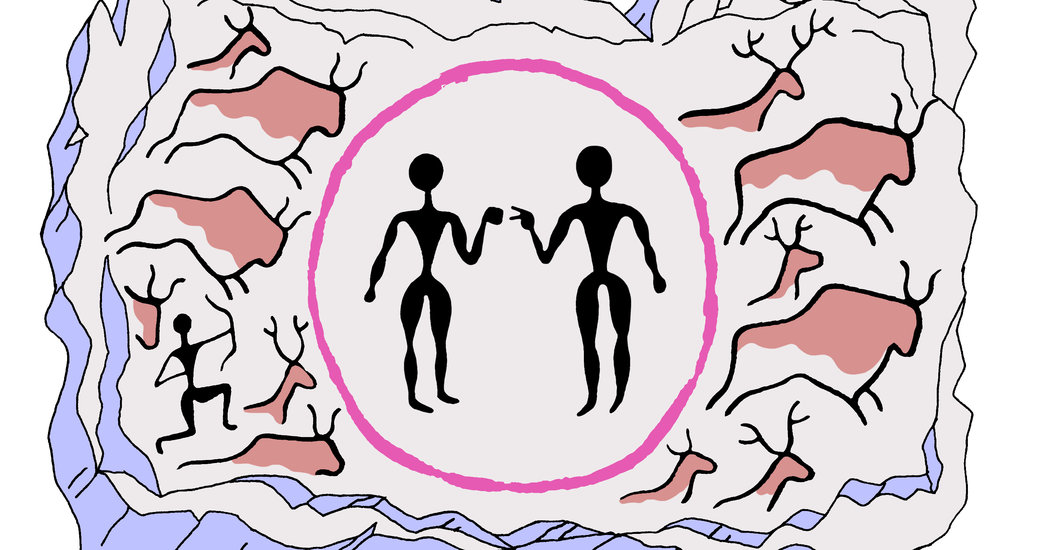 Why do people love games? As the Game Maker for The New York Times, I grapple with this question every day. The reductively easy answer is simple: They’re fun! But why are they fun? Do they have to be fun? As we dig deeper and deeper, we find more questions. What even is a game? What is fun? My take on the appeal of games is also simple, if paradoxical. Games are a controlled form of freedom. Our brains grab onto them because they are structures that exist to be avoided.

Games occupy a strange place in our cultural consciousness. Nearly everyone has played a game at some point in their lives. Despite that ubiquity, games are rarely discussed with the same reverence as other media like films or books. For most, games are like chocolate: a guilty pleasure consumed secretly. The game designer Sid Meier once remarked that “a game is a series of interesting choices.” Navigating these choices shapes the course of play, revealing who we are and how we think. Playing a game is an act of exposition.

Let’s play one now so you can see what I’m talking about. We’ll play Rock, Paper, Scissors right here in this article. I’ve put my choice in the last paragraph. Hold up a fist, give a “Rock, Paper, Scissors, Shoot!” and throw out your choice then go look at mine.

You may not have realized it but we unconsciously made several agreements. We agreed to engage in a voluntary conflict against each other; to perform a specific ritualistic dance (shake our fists, say “Rock, Paper, Scissors, Shoot!” and throw a hand sign); to follow a system of rules to govern our conflict (if you throw a fist (ROCK) and I wrote “SCISSORS” you would have won, and so on.); and to accept the outcome of those interactions, declaring one of us the winner and the other a loser.

We adhere to these agreements and rules faithfully, committing to and executing the game with little hesitation. Game designers call this alternate state of being “the magic circle.” Imagine a circle drawn in chalk on a sidewalk. When we are inside the chalk we are “playing” the game. We’ll only do what the rules of the game allow. We will try to win. When the game ends, we leave the circle and return to normal. The magic circle is what separates a game from reality.

I use the metaphor of a chalk line because the magic circle is not an absolute barrier or even a physical one. We can enter and exit the magic circle freely. We bring our bodies, personalities, and life experiences into the game. We take the memories and experience of the game with us when we leave. The chalk line casts a spell on that space of sidewalk and turns it into a space for playing. When we played Rock, Paper, Scissors above, we cast the same spell, turning this article into a space for our game.

Humans have always been drawn to this trick, finding novel ways to play within their environments. In prehistoric times, humans were playing games with sheep ankle bones called Knucklebones. These oddly shaped bones afforded a game similar to jacks. Players balance a few bones on top of their hands, then toss a few in the air, capturing as many as possible on the way down. Go, a strategy game invented in ancient China, is still played, highlighting part of what is so fascinating about games. Although Go’s origin is unclear, many scholars speculate that it was created to teach tactics and strategy. When we enter the magic circle, we give ourselves permission to explore, to fail, to lose. When we stop playing Go, we carry that experience with us. The same is true for Chess, Poker, or any number of analog games.

Digital games take many of the powers of traditional analog games and ramp up both the rate of interaction and the complexity of the underlying systems. A digital game takes input from the player 60 times per second, resolves it with a potentially very complicated rule set, and renders a new image of the game state. This rapid feedback loop engages our proprioception, that is our sense of embodiment and physicality. Digital games are powerfully compelling as a result, but I often find that analog games are a bit more playful. When playing an analog game, the only limitations are the rules you’ve agreed to, you can modify and change them at will, more easily creating playful experiences.

Games sometimes model real-world systems, allowing free exploration of their interlocking processes. The precursor to Monopoly, Elizabeth Magie’s The Landlord’s Game, was created to model and critique capitalism by giving players an opportunity to feel its failings first hand. It was not very fun, but that’s OK. One of the dark secrets of game design is that games don’t need to be fun to be meaningful. The board game Pandemic explores the trials of dealing with a now too-familiar global crisis. News organizations have used games as well: ProPublica’s The Waiting Game captures the experiences of refugees trying to enter the United States, and Bloomberg Media created American Mall, a digital game giving players firsthand experience with the decline of brick-and-mortar malls in the face of growing e-commerce.

As we continue to deal with the stress, trials and restrictions of the coronavirus pandemic, games give us the power to transform our living rooms, backyards, and Zoom calls into different playful realities. (If you’re here for Rock, Paper, Scissors, I pick PAPER.)