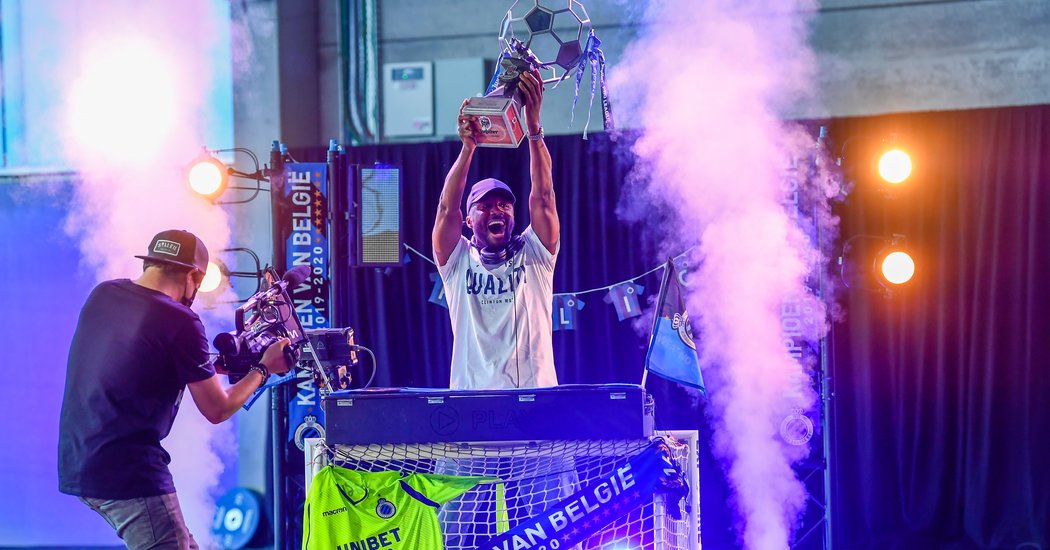 “Our nearest challengers have lost, and that’s been that. You don’t feel it when that game is over, but you do feel it the next morning, when you see all of your teammates.” The difference this time, she said, is that the lockdown has prevented the squad from getting together.

“It won’t feel real until we can celebrate all together,” she said.

In part, Bronze said, that is because of how drawn-out the process to be confirmed as champion has been. The French season was postponed in March, but it was not until late April that the country’s prime minister, Édouard Philippe, confirmed it would not be starting again. (Bronze heard that news from her mother, by text message; the club then gathered its players together on Zoom to make it official.)

Even then, though, there was a wait. P.S.G. was awarded the men’s title almost immediately, but Lyon’s women had to wait almost another week for their confirmation and coronation. “When I was at Liverpool, we started the day of one season in third and ended up waiting for other scores to come in, confirming we had won the league,” Bronze said. “In comparison, I haven’t felt that moment yet.”

Most clubs have done what they can to try to allow their players to enjoy it. Mignolet and his Club Bruges teammates were presented with their championship trophy a few weeks later at the club’s training facility. They each got to take a picture with it, and were given a celebratory glass of Champagne. The club’s president and its coach made speeches. “It was a little chance to come together,” Mignolet said. “It was very happy.”

In Scotland, where the season’s being curtailed led to considerable acrimony, Celtic not only presented its captain, Scott Brown, with the trophy, but dispatched it to each player’s house, to allow everyone to share the moment with his family.