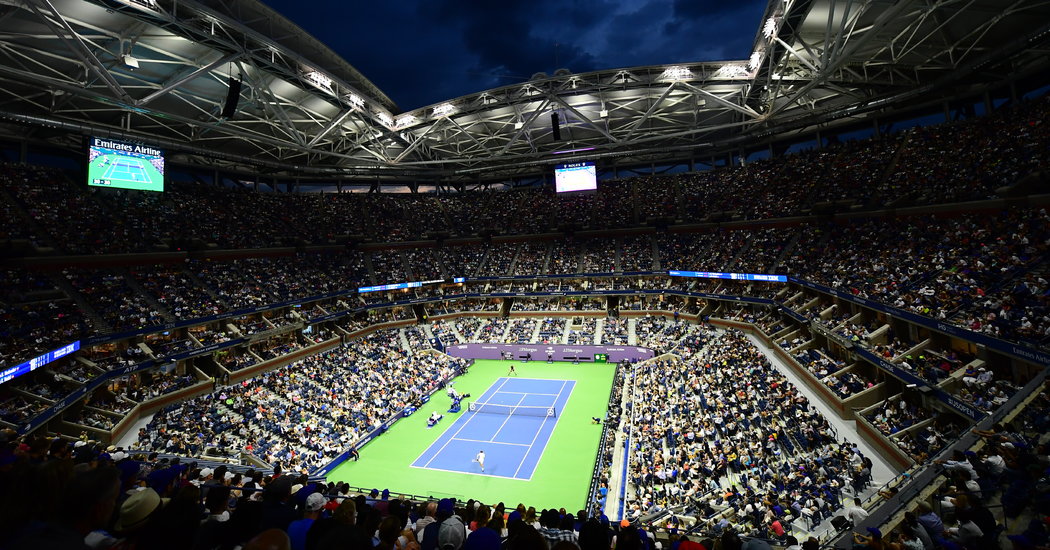 The U.S.T.A. also has proposed moving the Western & Southern Open, a men’s and women’s event usually held outside Cincinnati, to New York for this year only and staging it without spectators at the U.S.T.A. Billie Jean King National Tennis Center. The move would provide a warm-up tournament for the Open without making international players travel within the United States.

With players not having competed since March, this doubleheader would allow them a chance to play meaningful matches before the U.S. Open, where the men’s singles matches are best-of-five- sets.

Combined prize money for the men for the two tournaments would be $30 million, according to Stacey Allaster, the chief executive of the U.S.T.A.’s professional tennis division and the new U.S. Open tournament director. Allaster said $2 million of the U.S. Open total would be set aside as compensation for players who would be affected by the reduced doubles draw and lack of qualifying tournament. She said the U.S.T.A. would give discretion to Andrea Gaudenzi, the chairman of the ATP Tour, and his team on deploying those funds, suggesting they could be used to organize tournaments in Europe or compensate players directly. Because the U.S.T.A. does not own the Western and Southern women’s event, combined prize money was not yet clear.

But the U.S.T.A., cognizant of player concerns, also proposed canceling the Western & Southern Open men’s tournament and instead holding the U.S. Open with a qualifying event and full doubles draw.

Galbraith said the U.S.T.A. could not put on full versions of both tournaments, adding that if the Western & Southern Open was dropped, men’s compensation for the U.S. Open alone would be “roughly $26 million,” approximately 95 percent of the 2019 total. When Marin Cilic of Croatia, the 2014 U.S. Open men’s singles champion, suggested that players should receive more prize money given the proposed conditions, Galbraith disagreed.

“We actually are taking out more debt to get this event going,” Galbraith said. “Our revenues are absolutely shattered this year. We just had a cut on Monday of our staff. We laid off 130 people, so we can’t go any higher. We literally can’t. This is it.”

The U.S.T.A. has rejected the option of trying to move the tournament outside of New York, although the U.S.T.A. has a campus with 100 courts in Orlando, Fla., which is preparing to host the N.B.A. and Major League Soccer this summer.