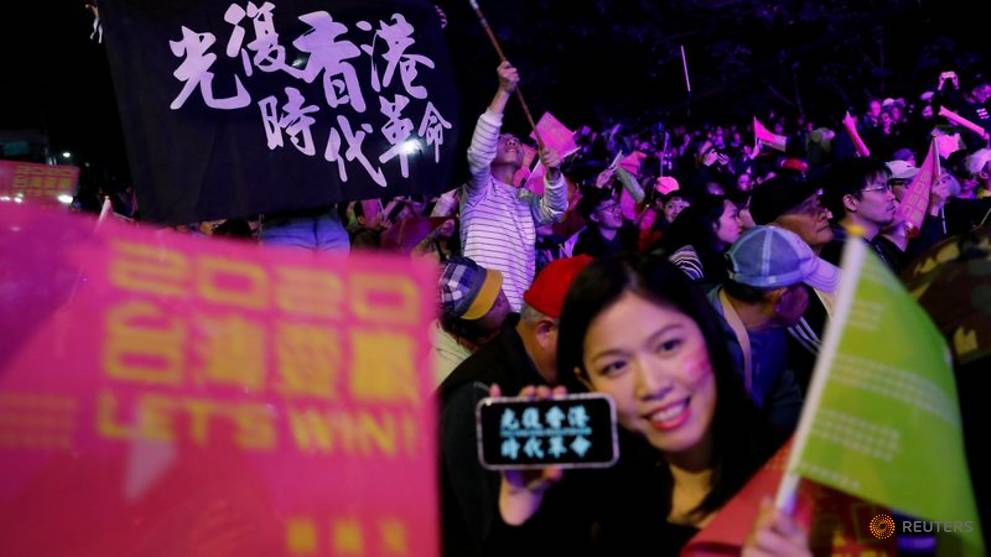 TAIPEI: Taiwan is gearing up to welcome Hong Kong people fleeing their city as China tightens its grip, but the island has little experience of handling refugees and is scrambling to prepare and to keep out any Chinese spies who might try to join the influx.

Year-long anti-government protests in Hong Kong have won widespread sympathy in Taiwan, which has welcomed those who have already come and expects more.

Taiwan, for decades just as wary of the mainland as many in the former British colony of Hong Kong are, is working on a humanitarian relief plan for the expected arrivals, officials say.

“Hong Kong no doubt is a priority for Tsai,” a senior government official familiar with the president’s thinking told Reuters, adding that the administration was setting aside resources to handle Hong Kong people.

The plan would include a monthly allowance for living and rent and shelter for those unable to find accommodation, said a second person with direct knowledge of the preparations.

It is too early to gauge how many might come but Taiwan does not expect the number to be more than the thousands of people who came from Vietnam from the mid-1970s, most fleeing the communist takeover of what had been US-backed South Vietnam.

Nearly 200 Hong Kong people have fled to Taiwan since protests flared last year and about 10 per cent have been granted visas under a law that protects Hong Kong people who are at risk for political reasons, said Shih Yi-hsiang of the Taiwan Association for Human Rights.

For now, anyone thinking of making the move has to wait as Taiwan has barred Hong Kong people as part of its effort to block COVID-19 but Shih expects the number to jump once the ban is lifted.

With little experience of refugees since the 1970s and with worries that China could infiltrate spies posing as activists, the government was urgently looking for experts to vet backgrounds, the second source said.

“This is a very complicated scenario that Taiwan government has never dealt with,” said the source who declined to be identified as the information about plans has not been made public.

“We didn’t think such things would happen in Hong Kong even in our dreams.”

China’s Taiwan Affairs Office did not respond to a request for comment.

A senior Taipei-based Western diplomat said Taiwan was most likely to get the most radical protesters and the less well-off, as those with the means would probably choose to go to countries such as Canada or Britain.

Tyrant Lau, 26, released last month from an eight-month sentence in Hong Kong for possession of weapons, welcomed Tsai’s offer and said he aimed to make Taiwan home because of its democracy and low cost of living.

“It’s the only hope for protesters who can’t afford moving to other places,” Lau said in Hong Kong as he waits for the border to open.