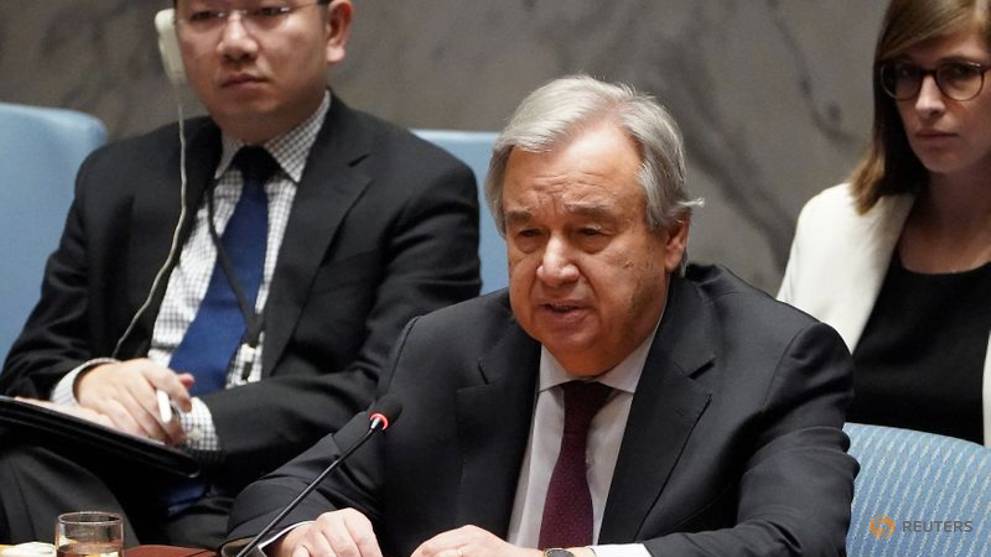 NEW YORK: North Korea suggested on Thursday (Jun 11) that United Nations Secretary-General Antonio Guterres might be pretending to act like a drunk as the country slammed comments by his spokesman on Pyongyang’s decision to sever hotlines with South Korea.

“We cannot but express our astonishment over such reckless remarks – devoid of the common sense of judgment, let alone the basic knowledge of inter-Korean relations – coming out from the center of the United Nations,” a spokesperson for North Korea’s Foreign Affairs Ministry told KCNA state news agency.

Pyongyang’s decision, announced on Tuesday, marks a new setback to stalled efforts to persuade North Korea to give up its nuclear weapons. For several days, North Korea had been lashing out at South Korea because it was not stopping defectors from sending leaflets and other material into the North.

“It is only the UN Secretary-General himself who would know whether he is pretending to blind himself to the articles of inter-Korean agreement on ceasing all hostilities against the other party or pretending to be knowingly drunken,” the foreign affairs ministry spokesperson said.

The spokesperson said the remarks from the UN “cannot be overlooked” and accused Guterres of siding with the United States by expressing inappropriate and biased views, adding: “We never pardon anyone who dares to point a finger at our most precious and sacred Supreme Leadership.”

Dujarric declined to comment on the North Korean statement.

The United States said it was disappointed by Pyongyang’s decision to cut the hotlines. North Korea said on Thursday the United States has no standing to comment on inter-Korean affairs, and it was in Washington’s interest to stay quiet if it wants the upcoming presidential election to go smoothly.

North Korea has been subjected to UN sanctions since 2006. They have been strengthened by the 15-member Security Council over the years in a bid to cut off funding for Pyongyang’s nuclear and ballistic missile programmes.