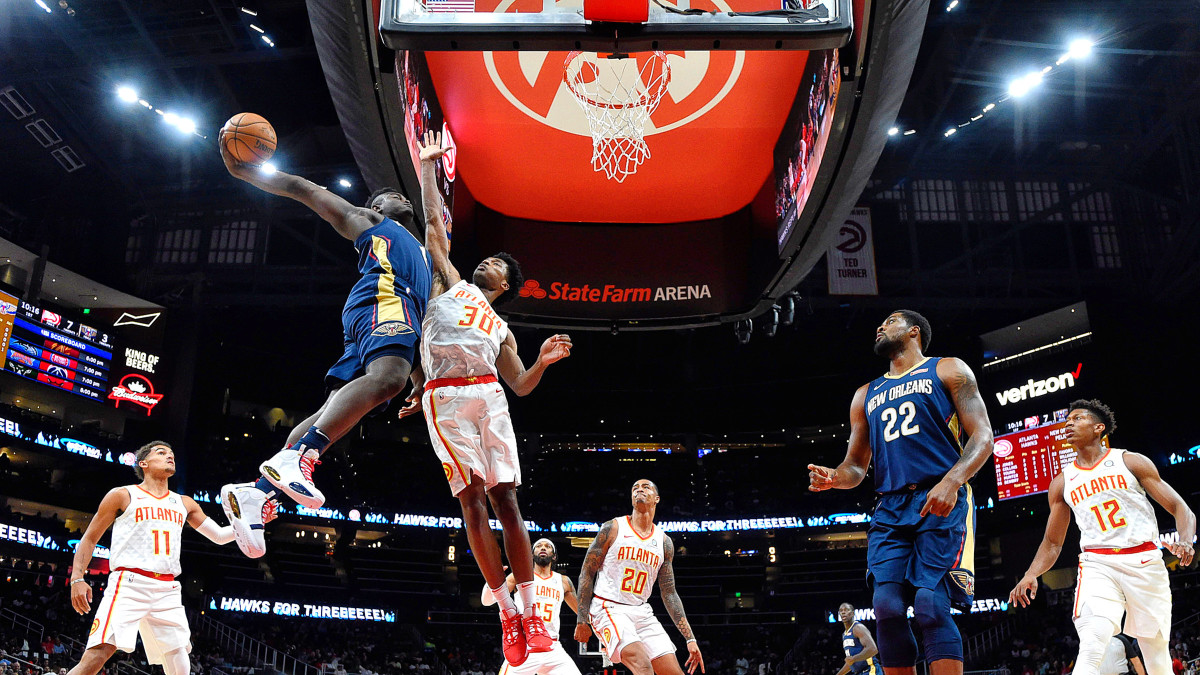 During a normal NBA season, it might take an entire year for a rookie to fully grasp the speed, size and schedule of the professional game. Often sophomores, like in the case of Mavericks guard Luka Doncic, are more comfortable in year two and display significant jumps from their first pro season. But the nearly four-month hiatus from gameplay for the league’s 22 best teams could impact rookie development as much as any other group of players.

While some rookies, like R.J. Barrett, the No. 3 pick in the 2019 NBA draft, and 2019 No. 4 overall pick De’Andre Hunter will not return to regular season action until next December at the earliest, other first-year players could see more traditional sophomore jumps during the league’s resumption of play in late-July. Here are a few rookies worth keeping a close eye on that could make a major difference upon the season’s resumption on July 31.

Morant’s inclusion on this list comes with little suspense as, at the time of the league’s stoppage on March 11 due to COVID-19, he was the presumptive choice for 2019 Rookie of the Year award. Still, Morant’s level of play could rise to another level when the Grizzlies return to action. In 59 games thus far, Morant averaged 17.6 points and 6.9 assists per game, while shooting nearly 50% from the field. Per Elias Sports Bureau, if he keeps up his production and Memphis ends up making the postseason, he would join just Elgin Baylor and Michael Jordan as the only rookies to lead a playoff team in points per game and assists per game.

Recent high-usage rookie guards who were drafted in the lottery like Doncic, Trae Young and Donovan Mitchell showed progression in both scoring and playmaking between their first two seasons and it’s not an outlandish thought to think that that the Morant could experience a similar jump come July. The Grizzlies will return to play as the No. 8 seed in the Western Conference, up 3.5 games on the ninth-seeded Trail Blazers. Draft steal Brandon Clarke also appears poised to improve at the end of his first season and Jaren Jackson Jr. has exhibited both his scoring prowess and rim protection during his second year in the NBA. As a whole, don’t be surprised if the Grizzlies hold on to a playoff spot thanks to the improvement of their playmaking rookie.

Again, a no-brainer selection, but a worthy inclusion on a list of rookies who could improve this July. While Williamson missed his team’s first 44 games of the 2019-20 season due to a right meniscus tear, the young Pelicans star was aggressive and impactful from his very first appearance on January 22. The 2019 No. 1 overall pick averaged nearly 24 points and 6.5 rebounds per contest in his 19 games of action before the league halted play. He scored 20 or more points 16 times in that span. New Orleans was playing some of its best basketball of the season when the NBA stopped as it had won eight of its final 13 games. While Williamson was looking increasingly comfortable with every game, look for him to cut down on his turnovers this summer while keeping his scoring numbers in the mid-20s. Like Morant, the Pelicans could be one of the most entertaining NBA teams in Orlando and the rookie’s summer jump could add even more excitement to a Pelicans team that had already moved into must-watch League Pass territory.

Nunn was among the NBA’s biggest surprises throughout the 2019-20 NBA season. In 62 games for the Miami Heat, the undrafted guard averaged 15.6 points on 44.8% shooting while starting in each of his appearances. While he struggled slightly prior to the league’s stoppage of play, he did play one of his most complete games of the second half of the season in the Heat’s final game before the stoppage of play, scoring 24 points and hitting a career-high six three-pointers against Charlotte.

He isn’t alone, however, in potential Heat rookies to watch this summer. Tyler Herro, the team’s No. 13 pick in the 2019 NBA draft, averaged nearly 13 points and four rebounds per game ahead of the league’s stoppage. The Kentucky product missed 15 games between early February and early March due to a right ankle/foot injury, but returned in the team’s final game before play was halted. Like Nunn, he could see an increased role in the backcourt, having presumably fully healed by the time the NBA season resumes. Miami was 27-5 at home this season, but merely 14-19 on the road. Its rookies could go a long way in determining how well it performs this summer and potentially into the fall.

Porter Jr. has not played nearly as much as any of the aforementioned rookies, but he could still make a sizable impact during the league’s resumption of play. After missing all of the 2018-19 campaign to rehab a back injury, this season he has, at times, looked like a player fully deserving of his one-time top-pick billing. Porter Jr.’s best career stretch came in January, in which he averaged 21.4 minutes per game, scoring 12.3 points and collecting 6.9 rebounds per contest. During that span he also shot 52.2 percent from the field and 48% from three.

Porter Jr. has done much of his scoring via spot-ups, off-ball movement, rebound putbacks, transition and isolation, and still struggles to create his own shot. However, after a four-month break, it’s not unreasonable to think he’ll be more comfortable as a creator in Denver’s offense. The 43-win Nuggets will return to play as the No. 3 seed in the West and don’t necessarily need Porter Jr.’s production to make a deep postseason run. But it wouldn’t be unreasonable to think the Missouri product will take another step forward during Denver’s second straight playoff appearance.

Thybulle’s potential postseason impact might be highly predicated on whom the Sixers are facing. The Washington product showed a limited offensive repertoire throughout the first 57 games of his NBA career, but he had already proven to be a disruptive force on the defensive end. Per The Athletic, he made just 21 shots in 1,110 minutes of play after taking two or more dribbles. He was shooting 35% from three on just 2.5 attempts per game when the league stopped play. However, he could shine this summer against teams like the Heat and Celtics as both Eastern Conference foes have a plethora of talented wings. Thybulle was fully entrenched in head coach Brett Brown’s rotation, and if Thybulle’s Tik Tok dribbling drills pay off this summer, he could be a prime candidate to play an even more important role during his extended rookie season.