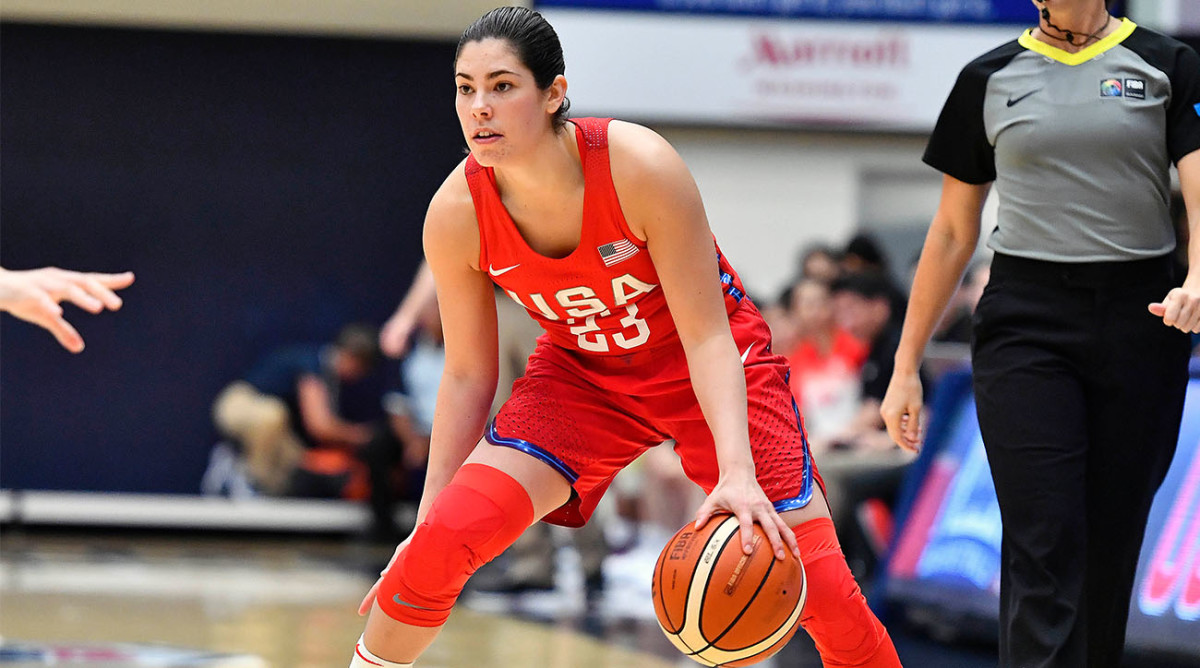 Plum is expected to make a full recovery.

“All of Las Vegas is in Kelsey’s corner, and pulling for a quick recovery,” GM Dan Padover said in a statement. “We know that she will attack her rehabilitation with the same intensity with which she attacks the court, and we can’t wait to see her back at The House.”

Plum said on Twitter Thursday that she tore her Achilles tendon in the past few days.

Plum averaged 8.9 points, 3.5 assists and 2.4 rebounds per game over her first three seasons in the league. In the 2019 WNBA playoffs, she upped her production, averaging 15.2 points, 7.8 assists and 4.8 rebounds per contest.

Plum, 25, was a collegiate star at the University of Washington. During her final season with the Huskies she won the Wooden Award, Naismith Player of the Year award and AP Player of the Year honors. She is also the all-time career scoring leader in NCAA Division I women’s basketball history.

While the NBA season is set to return in late July, the WNBA is still in talks to try and start its 2020 season.

Last week, ESPN’s Mechelle Voepel reported that the league is in the early stages of proposing a 22-game regular season that would begin on July 24. A possible return would take place at IMG Academy in Bradenton, Florida.

In addition to being with Las Vegas, Plum plays internationally on Turkey’s Fenerbahce Istanbul.