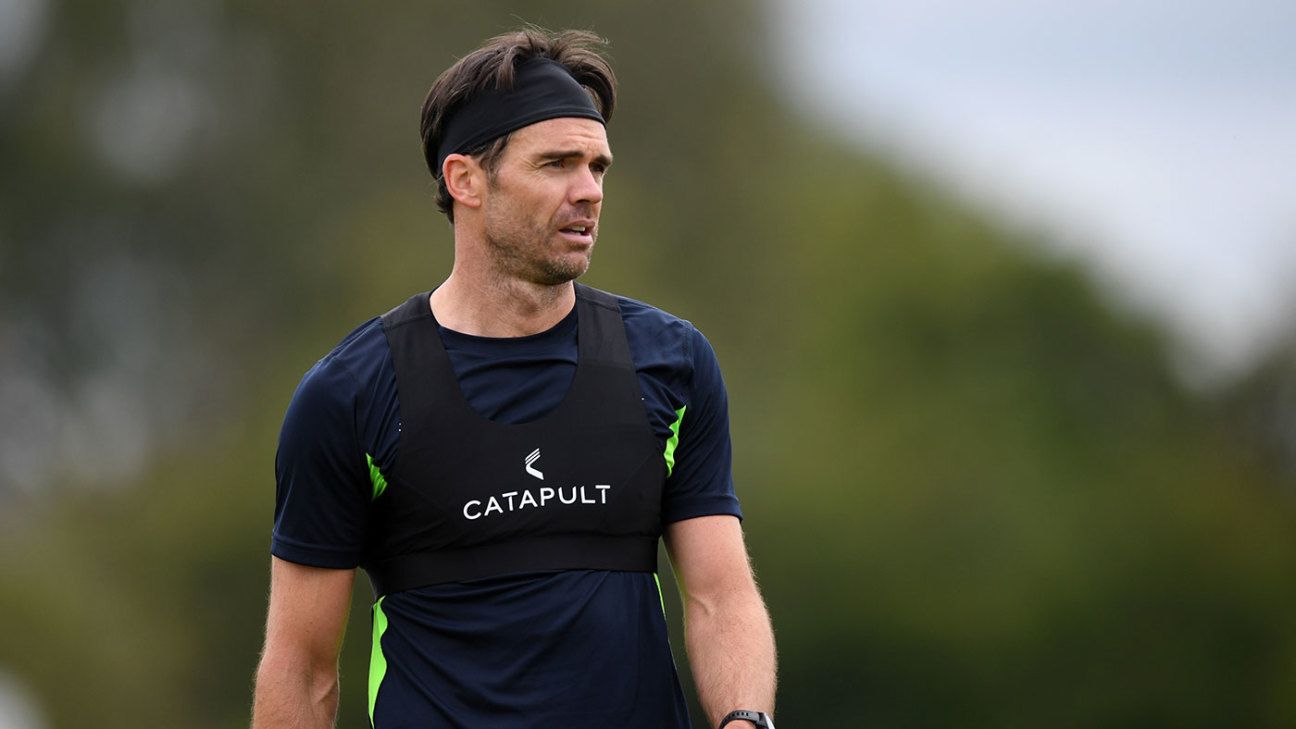 James Anderson believes the game must be “more active” to combat discrimination and that current levels of inclusion from players of Afro-Caribbean heritage are “just not okay”.

Anderson, the leading wicket-taker among seam bowlers in Test history, said that recent events – notably the death of George Floyd and the global reaction it has sparked – had caused him to reflect on his own experiences and question whether he had done enough to combat racism.

And he revealed that the England team will talk about how they express their solidarity with the Black Lives Matter movement – possibly in conjunction with the West Indies team – when the series between the sides begins in July.

“It’s been a very thought-provoking few weeks for everyone,” Anderson said. “It’s made me do a lot of thinking. We will have conversations about what we can do as players to make a stand, definitely. I expect that to be a conversation we have.

Anderson admitted he was also struck by a Tweet sent by a journalist on Wednesday which suggested that, by the time the 2019 domestic season ended, there was only one UK-born, state-educated cricketer of Afro-Caribbean heritage playing first-class cricket in England.

“I saw the stat that showed there’s only one black player who’s come through the state system in county cricket,” he said. “And that’s just not okay. It can’t keep going the way it is. It’s just not okay.

“So, as a sport, we need to actively make this game for everyone. That’s the sort of thing I’ve been thinking about, really. Is there more I can do as a player to help the situation? Can I be more active? As players and a game we need to be more active.”

I did some research today. There was, I think one – yup, one – UK born, stated educated black man playing first-class cricket by the end of 2019. Now, maybe I’ve missed someone. But the point is valid: this is a catastrophic failure. We have to learn why and we have to do better.

Meanwhile Anderson expressed a hope that the enforced break due to the Covid-19 pandemic will help him extend his career. Anderson will be 38 at the end of July and has been struck by injury in two of his most recent three Tests.

“I think the break will definitely have helped me,” he said. “I’ve had a few months off bowling properly and luckily I have some equipment at home so I’ve been doing some good strength work.

“But I haven’t thought too far ahead. After the last 12 months, with the injuries that I’ve had, I just want to get back to playing and make sure I don’t get any injuries as has happened in the previous times I have come back to playing. I am fully focused on getting my body in the right place. Who knows how long I can keep playing?”

Anderson is 16 wickets short of the 600 mark in Test cricket and 41 short of the 1,000 mark in first-class cricket. If he reaches either milestone, he may well prove the last seam bowler to do so. But despite all the success, he admitted he had been encouraged by his performance in the Cape Town Test, where his seven wickets helped England to a memorable victory and where he proved to himself that he could still thrive at the top level.

“It’s not a case of proving myself to anyone else,” he said. “I think when I played those two Tests in South Africa, it’s almost proving to yourself that you can still do it.

“The five wickets at Cape Town helped me. If there were ever any doubts about retirement, it certainly told me I was able to keep going, I am able to perform at the top level. I think that’s really important for me at this stage of my career.

“The last year has been frustrating for me. Before that, my injury record was pretty good. I’m hoping it was just a dodgy 12-months and my body is in a good place now to be able to cope with whatever’s to come.