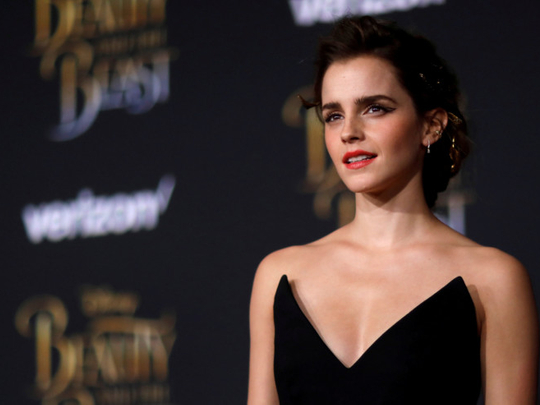 Emma Watson is the latest Harry Potter star who has waded into the JK Rowling debate and spoken up for the trans community, even as the author penned her own essay to justify the reasoning behind her choice of words.

Watson, who played Hermoine Granger in the film adaptation of Rowling’s wildly successful ‘Harry Potter’ series, voiced her support for the transgender community in a series of tweets, while reflecting on the author’s stance that has caused uproar over the past few days and prompted actor Daniel Radcliffe to also speak out.

“Trans people are who they say they are and deserve to live their lives without being constantly questioned or told they aren’t who they say they are. I want my trans followers to know that I and so many other people around the world see you, respect you and love you for who you are,” Watson wrote on her Twitter timeline, while reacting to Rowling’s remarks.

Earlier this week, Rowling drew the wrath of her fans when the 54-year-old author shared an opinion article from a global health website titled ‘Creating a More Equal Post-COVID-19 World for People Who Menstruate’ and shared her confusion with the phrase ‘people who menstruate.’

“I’m sure there used to be a word for those people. Someone help me out” she tweeted.

A day later, ‘Harry Potter’ star Radcliffe put out his own strongly worded statement, saying: “Transgender women are women. Any statement to the contrary erases the identity and dignity of transgender people.”

Writing on The Trevor Project’s website, Radcliffe further stated that he was sorry to anyone whose “experience of the [‘Harry Potter’] books has been tarnished.”

“If these books taught you that love is the strongest force in the universe… that dogmatic ideas of pureness lead to the oppression of vulnerable groups… if you found anything in these stories that resonated with you and helped you at any time in your life — then that is between you and the book that you read, and it is sacred,” he stated, adding: “I hope that these comments will not taint that too much.”

The author defended her right to speak on the issue through a personal essay in which she explained the reasons for her interest in the subject, revealing painful details from her past, including abuse.

“I’ve wondered whether, if I’d been born 30 years later, I too might have tried to transition,” she wrote. “The allure of escaping womanhood would have been huge.”

Rowling revealed that she had struggled with Obsessive Compulsive Disorder (OCD) as a teenager and that had she found community and sympathy online, she could have been persuaded to turn herself into the boy her father said he would have preferred.

The author also revealed that she was a survivor of domestic abuse and sexual assault, and that the trauma of those experiences informed some of her beliefs and feelings about women’s rights, and her fears that they were being eroded.

“The scars left by violence and sexual assault don’t disappear, no matter how loved you are, and no matter how much money you’ve made,” she said, offering solidarity and kinship to trans women who had died at the hands of violent men.

“I have a visceral sense of the terror in which those trans women will have spent their last seconds on earth, because I too have known moments of blind fear when I realised that the only thing keeping me alive was the shaky self-restraint of my attacker.”

She concluded her essay by saying she only mentioned her past to explain her reasoning.

“I have a complex back-story, which shapes my fears, my interests and my opinions. I never forget that inner complexity when I’m creating a fictional character and I certainly never forget it when it comes to trans people,” she stated. (With additional inputs from Reuters)