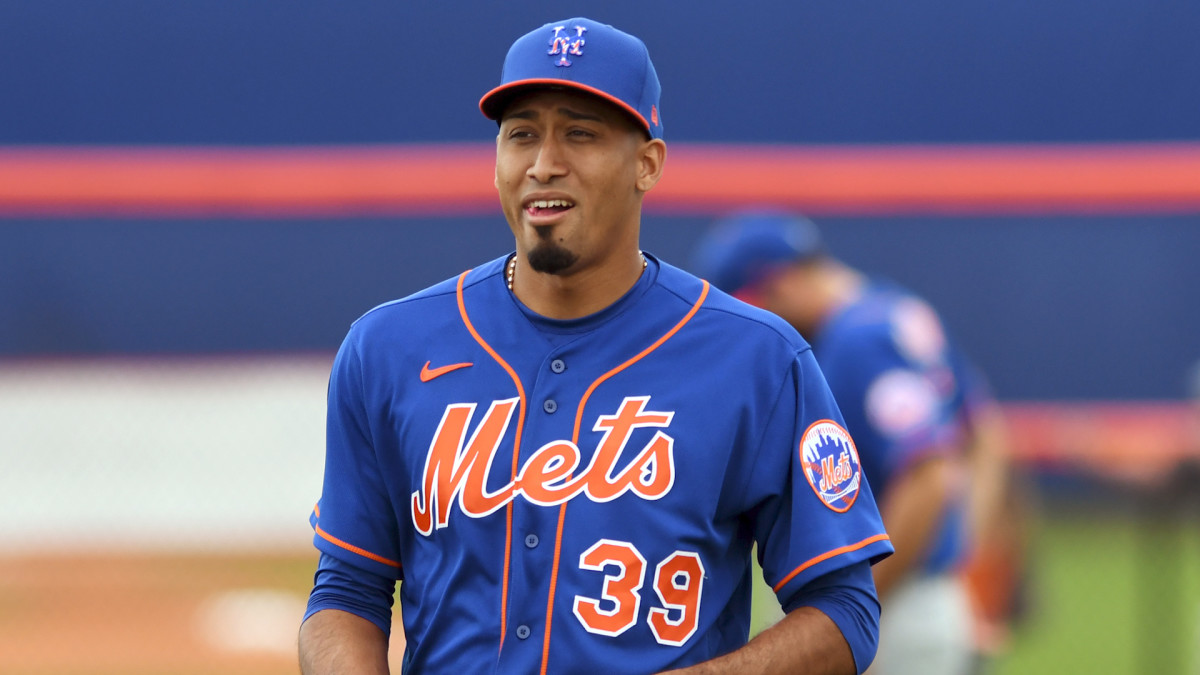 The still-to-be-determined start of the 2020 MLB season has added an interesting wrinkle to fantasy baseball draft prep. We at SI Fantasy want to provide you with the best possible information heading into your drafts in these unprecedented times.

Our “Draft or Pass” video series takes a closer look at a fantasy player that will be debated often leading up to fantasy drafts, in many cases, because of the delayed start to the season. Are our hosts targeting this player specifically? Are they avoiding him entirely?

It’s difficult for me to hear the name Edwin Diaz and not think of two things.

The first? This iconic scene from the Martin Lawrence film, “Blue Streak”:

The second? An epic tumble from the top of the fantasy mountaintop after being traded from the Mariners to the Mets along with Robinson Cano a season ago.

Yet even in the midst of a collapse, there were still a few silver linings to be found. First, Diaz’s K/9 rate actually went up, meaning the stuff was still dominant, but just not going where he wanted it. Second, his average velocity stayed nearly identical to 2018 when he was one of the most dominant pitchers in baseball: 97.8 mph (compared to 97.9) on his fastball with a power wipeout slider at 89.8 (89.7).

So if the stuff and velocity remained? Was it just a confidence issue for Diaz? And if that’s the case, can fantasy owners trust that a shortened season and more time removed from last year’s disaster can fix him back up?

SI Fantasy insider and high-stakes legend Shawn Childs dove into the Mets as part of his 2020 Team Outlooks series, and suggested that Diaz could return to his 2018 form in 2020, considering how he started the season.

Despite Diaz falling off a proverbial cliff as an elite closer last year, he still finished 27th amongst all relievers in total points with 378. Assuming the elbow is healthy, Diaz is a solid value at his ADP, and fantasy owners should look for a bounce-back season, returning to form as one of the more dominant closers in the game.