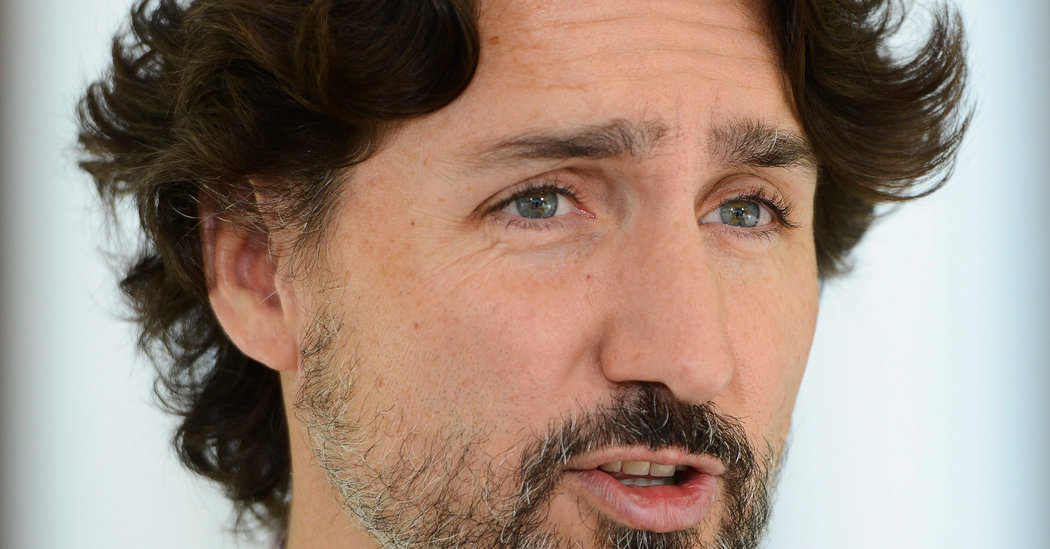 Prime Minister Justin Trudeau’s hair has long been a subject of fascination, ridicule and adulation in Canada. But three months into the coronavirus pandemic, as he has appeared day after day at televised briefings to answer questions — and sweep the bangs off his face — commentary on Mr. Trudeau’s mane has become a national sport.

Was it the pandemic version of a hockey playoff beard? Was he embodying the inner haggardness of the nation, stuck at home for months?

Letters to the editor have been written and newspaper columns crafted. Videos of his hair flip — and the beard he started before the virus struck — have been set to various styles of music and uploaded to YouTube. One has garnered more than 265,000 views.

Mr. Trudeau might be the country’s prime minister, but he is following the rules and not getting a haircut like much of his unkempt nation, with residents of Ontario, the most populous province, and Montreal barred from visiting barber shops and salons since March.

Still, Mr. Trudeau is a master of image branding, and most people believe there is a political point.

“One thing he understands very well is the importance of symbolism in a leader,” said Peter Donolo, the director of communications for a former Liberal prime minister, Jean Chrétien, and now the vice chairman of a public relations and lobbying firm.

“Also, it helps that he looks like a million dollars with his hair long,” he added.

Unlike Americans, Canadians demand that their leaders be proletarian — no perks, no special treatment or favors. When it was discovered that another prime minister, Stephen Harper, paid a stylist to do his makeup and hair, the country roared in mockery and anger.

Case in point: Mr. Trudeau does his briefings before his relatively modest red brick home, which is not the official residence of the prime minister. That grows more dilapidated by the week because he is not willing to spend the tens of millions of taxpayer dollars to fix it up.

“Can you imagine the negative media coverage that would arise if he was getting special access to someone to give him a haircut, while we can’t?” asked Alex Marland, a professor of political science at Memorial University in St. John’s, Newfoundland.

For three months, Mr. Trudeau has held the briefings as often as seven times a week, speaking directly to a captive audience. For many, his briefings have become daily goal posts, his growing hair like a wall chart documenting the days under lockdown.

“It’s this intimate, almost nervous reaction,” said Katy Jean of the prime minister’s habit of running his hand through his locks.

Ms. Jean, a stay-at-home mom in Dartmouth, Nova Scotia, has watched all but two of Mr. Trudeau’s briefings since March 16. She calls him “Handsome One” in tweets, and has posted various gifs of his hair management.

“He doesn’t do it when he’s talking, but when he’s thinking,” she said. “I’ve also noticed he does it with his left hand, although he’s right-handed.”

There are other things Ms. Jean has noticed: Mr. Trudeau’s ties are slightly crooked and he recently whitened his teeth, she theorized, likely using stuff from the drugstore.

“You can only hear answers about CERB so much,” she said, referring to the Canada Emergency Relief Benefit.

Ms. Jean said she did not vote for Mr. Trudeau, who was re-elected with a minority in Parliament for his party last year. But she and many other Canadians think he’s done a good job managing the crisis, polls show.

So the hair has not hurt, which is ironic, as a tag line of political attack ads against him in 2015 was “nice hair, though.”

On Friday, barber shops and hair salons are set to reopen in Ottawa, the nation’s capital. The question is: Will the prime minister get a haircut, or will he continue to suffer in solidarity with voters in areas of Canada where they remain shuttered?

And if he gets it cut, will the king-of-the-photo op bring his personal photographer with him?

“He needs to shift from Mr. Batten-down-the-hatches to Mr. Let’s-get-the-economy-moving,” Mr. Donolo said. “He should do a photo op at the barber, but I wouldn’t go to a fancy stylist.”