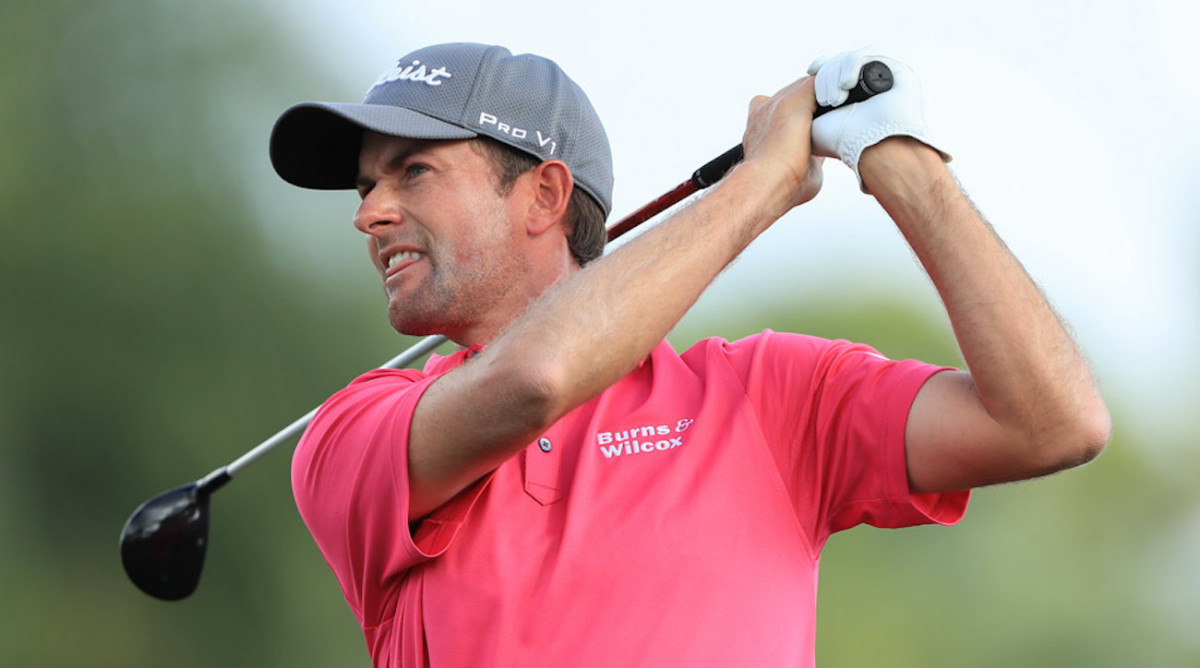 The PGA Tour is making its return to live action, so it’s time to make some money with the help of the SI Gambling team of experts.

Both Kevin Na and Justin Rose, winners of the last two events at historic Colonial Country Club in Fort Worth, Texas, are back to try and win it again, but it will not be an easy task in a field of nearly 150 players.

The field offers tremendous betting opportunities with many of the top 20 players currently ranked in the 2020 FedEx Cup standings projected to participate.

As we already highlighted, the field will have all five of the top players currently listed in the World Golf Rankings: Rory McIllroy (8/1), Jon Rahm (12/1), Brooks Koepka (30/1), Justin Thomas (16/1) and Dustin Johnson (30/1). It is no shock to see all five of them currently being listed among the top eight betting choices according to oddsmakers at the Westgate Superbook.

Our team of gambling experts has compiled their approach to the Charles Schwab Challenge from a betting perspective. In addition, located below is the “Sharp Report” featuring wagering information from both Vegas and London, England.

Let’s take a look at the odds as well as the team’s best bets and more!

In a field as wide open as the Charles Schwab Challenge, I’d rather take a stab at someone like Webb Simpson over plays like Rory McIlroy (8/1) or Jon Rahm (12/1), even if I think they’re clear favorites. Speaking of McIlroy, this is somehow his first time playing at Colonial whereas Simpson has played the course five times with a third place and top 10 finish to his name.

More importantly, Simpson’s short game has helped him reach fifth in the current FedEx Cup standings, ranking 1st in Birdie Average, 2nd in Scoring Average, and 7th in greens in regulation percentage. He may be chalk, but I still like the value for an outstanding all-around player in Simpson at 25/1.

Kisner won at Colonial back in 2017 and finished 10th and 5th in the previous two years respectively. He has a ton of experience entering his seventh appearance playing this course, and has top-20 scrambling numbers both inside 10 and 20 yards. Kisner has also played exceptionally well on Fridays and Sundays at Colonial, and is improving his Saturday scores as well with a 67.88 Round 3 scoring average. If Kisner gets off to a slow start, you may be able to live bet him with even better value!

For someone who’s +12500 to win outright, Harman’s history on this course should suggest drastically different odds. Over the last five years in particular, he’s played as well as anyone without a win to show for it.

Harman’s short game has also been terrific so far this season, ranking 16th in overall putting average (1.569), as well as 15th in one-putt percentage.

He made 10 of 12 cuts before the coronavirus hit, so don’t be surprised if Harman hangs around ahead of the weekend’s action, and then starts to sneak up on the field.

I doubt many people will be on this play. Before the long hiatus Brooks was in poor form, and with the captivating names surrounding him, I think he will likely get lost in the shuffle. I picture this week being highly volatile, more so than a normal PGA event. The vast amount of unknowns will be most people’s crutch this week. While most take the “safe” bets, I will happily fire up the strong field champion in Brooks Koepka.

Before the break Rahm was rattling off top 5 finishes nearly every time he played competitive golf. The strength of this field is motivation alone and with him breathing down Rory’s neck for number one ranked golfer in the world. He’s going to come out with a desire to prove he deserves that spot and will come out firing at pins looking to score early and often. When the putter is on he can score at will. Rahm has fair odds for his talent and pedigree.

Woodland has immense talent and is a proven tour winner. The only downside is his lack of course experience. This week so many golfers are playing Colonial for the first time, but Woodland has so much golf experience that doesn’t scare me away. Woodland popped out to me when I realized how important second shots are at this course. His ball striking is elite, he will have plenty of birdie opportunities this week.

Noren hasn’t played well for some time but the odds don’t match the long-term talent. All it will take is a few rounds of a really hot putter to put him in contention. This is a long shot for a reason but Noren plays better in strong field events.

At some point, the consistency factor should be part of your decision when making your best decisions in golf. Thomas is “my guy” and I’m going to ride in the big events over the next couple of seasons. He has elite talent with career PGA wins at age 27 with one major (PGA – 2017). This year he has a win, a 3rd, and a 6th place finish in five events, but he did miss a pair of cuts.

Koepka has been a beast in the majors (four wins) in 2018 and 2019 and he just missed a Masters title (2nd) last year. Over the last seven months, Koepka struggled in five events (43rd, 47th, and three missed cuts) due to his recovery from his knee injury. With a couple of months to heal up and sharpen his game, Koepka should regain the bounce in his step. Great talent, but his resume isn’t great in non-major events. In 2018, he finished second at this course.

Berger doesn’t have the flash of many of the young talented players, but he does have a pair of PGA wins (FedEx St. Junes Classic – twice). His game pressed forward over his previous three events (9th, 5th, and 4th). Berger underachieved from the fall of 2017 through 2019. He shot under 70 in 12 of his previous rounds in 2020.

Jordan Spieth struggled in his last two events (58th and 59th). His last win came in July in 2017. On the positive side, Spieth does have a winning resume at the Charles Schwab (2nd, 1st, 2nd, 32nd, and 8th). I’m looking for Koepka to regain the bounce in his step and it should come in his first round on Thursday.

Colonial Country Club will be hosting 16 of the top 20 golfers in the world during the 2020 Colonial National Invitation Tournament. Webb Simpson sits No. 9 in the World Golf Rankings and he finished in the top 10 during five of the last six tournaments he played in. Prior to the 2019-20 PGA season being paused, Webb finished third at the Sony Open in Hawaii in mid-January and won the Waste Management Phoenix Open during Super Bowl weekend in February. The short track at Colonial is set up well for Webb.

Justin Rose posted a T5 finish at the Hero World Challenge in December and was second in the SMBC Singapore Open in January. Missing the cut often recently, including three of his last four outings, isn’t good. However, it does help bettors get a healthy price with Rose who ranks No.14 in the world. Rose has switched back to TaylorMade clubs and they were in his bag when he won this tournament in 2018. Only Zach Johnson (259 in 2010) has posted a lower tournament winning score than the 260 Rose shot two years ago.

Kevin Kisner is another player who is very familiar with the course at Colonial as he won this event in 2017. Kisner played well under pressure as he shot a final round 66 to finish one stroke ahead of Jordan Spieth, Jon Rahm and Sean O’Hair three years ago. Prior to his 2017 championship victory, Kisner finished 10th in 2016 and fifth during the 2015 tournament at Colonial. In a stacked field – Kisner is a longshot for a reason. However, he may regain the form he displayed in previous tournaments in Texas.

I like Jordan Spieth over Billy Horschel as my favorite matchup play this weekend. Overall tournament odds have Spieth listed at 40/1 while Horschel is double that with 80/1 odds. Spieth won this tournament after posting a 17-under par 263 total in 2016. Including that victory, Spieth has five top-ten finishes and his scoring average is 67.8 over 28 rounds at the Colonial Country Club. Horschel has been the better golfer recently but I see Spieth getting back on track at a course he plays well at this weekend.

Webb Simpson, who is currently ranked Simpson No.9 in World Rankings, has already won this year (Waste Management Phoenix Open) and has two top-five finishes in his last three trips playing at Colonial Country Club.

The sharps in Vegas see value in Kevin Na, the current reigning champion, to repeat the feat at healthy odds of 60/1. A repeat is not out of the question especially when you discover he finished fourth at Colonial in 2018.

As a resident of Texas, who lives in close proximity and is a member of Colonial, the sharps are backing Palmer at odds of 60/1 who has two top-10 finishes to his credit this season. Call this one the “home-field” advantage play of the field.

There are plenty of players with triple-digit odds to choose from in this field, and the sharps in Vegas have set their sights on one in particular, Brian Harman at odds of 125/1. Currently ranked No. 55 in FedEx rankings, he has two career PGA tour victories (John Deere Classic in 2014, and the Wells Fargo Championship in 2017), strengthened by finishing 31st, 14th and 7th over the previous three events over the course. At long odds, combined with one top-10 finish to his credit this season, he has garnered sharp attention at the betting counter.

I do not believe much needs to be explained here, as the tweet above highlights the angle behind the sharp support in Langer. A $100 wager would stand to return $50,000. No more needs to be said, so consider me onboard with Bernhard.

According to John Murray, Director of Race of Sports at the Westgate Superbook Las Vegas, sharp action was placed in the tournament matchup between Rickie Fowler and Dustin Johnson. The support came behind Fowler, who currently ranks No.27 in World Golf rankings, at odds of +105.

According to Michael Grodsky, Vice President of Marketing and PR for William Hill US, one bettor has placed “a noteworthy wager of $300 on Andrew Putnam at odds of 150/1.”

That $45,300 potential total payout is the biggest so far at William Hill for the Charles Schwab Challenge. The sportsbook has since adjusted the odds on Putnam to reflect a market offering of 100/1.

Action From Across the Pond

According to Daniel Banham, Director of Trading, players of value to target are Sungjae Im (30/1) and Colin Morikawa (40/1).

“Rory McIlroy (8/1) is by far the best of the favorites but at such low odds he just does not present enough value in such a large field,” said Banham.

In addition, Banham highlighted two matchup plays that are worthy of garnering attention from sports bettors: Joaquin Newman (-127) over Ian Poulter as well as Bryson DeChambeau (-125) over Brooks Koepka.