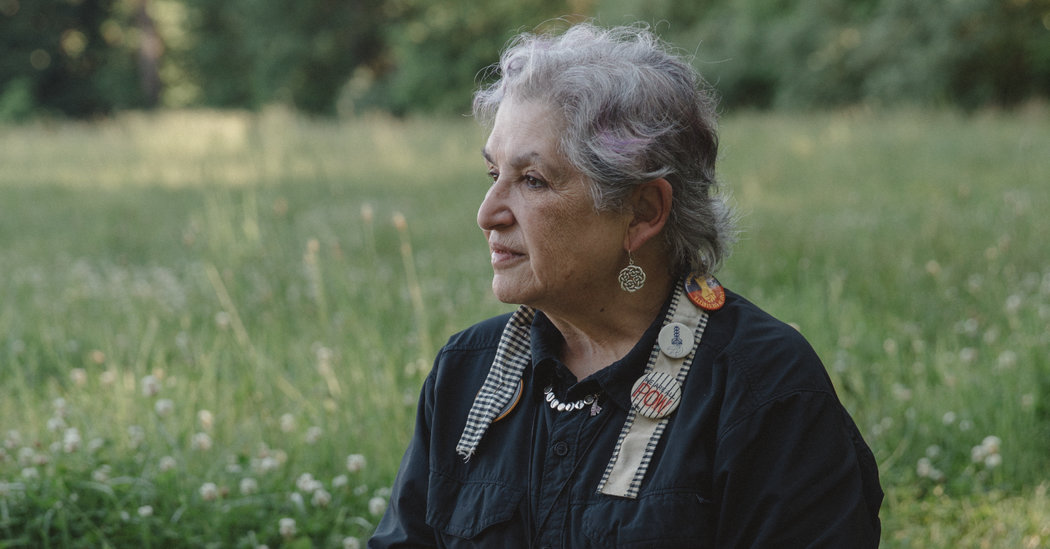 As protests against police brutality have swept the country, in some cases leading to additional police aggression, toward demonstrators, a loosely organized group of trained volunteers has been on call to intervene and treat injuries.

Street medics, who may be medical professionals or first aid practitioners with only basic training, bandage cuts and rubber bullet wounds. They treat symptoms from tear gas, Mace and pepper spray, using water and saline to flush protesters’ eyes. And, working as teams, they help move marchers out of harm’s way.

Ann Hirschman, a licensed nurse-practitioner and the self-proclaimed “grandmother of street medics,” has been active at demonstrations since the 1960s. In that time, she has learned that at protests, some principles of traditional emergency care don’t apply.

“For instance, if you take CPR, the first thing they tell you is, ‘Make sure the scene is safe before you even go towards the patient,’” Ms. Hirschman, 73, said. “Street medics go toward the patient and make the scene safe for them.”

She is an elder in this loose global network of ad hoc care providers, whose members have been present at many significant protests over the last 50 years, including the demonstrations at the 1968 Democratic National Convention in Chicago, the Wounded Knee Occupation in South Dakota in 1973 and the protests of a World Trade Organization conference in Seattle in 1999.

The roots of street medicine in the United States can be traced to the Medical Committee for Human Rights, an organization founded in 1964 that provided first aid to demonstrators in Mississippi in the effort to register black voters that became known as the Freedom Summer.

In his book “The Good Doctors,” about the work of the committee, the historian John Dittmer wrote that civil rights demonstrators beaten by the mob or by the police would often receive “first aid from a physician or nurse, who would also arrange for hospital care if needed.”

The Medical Committee for Human Rights was not the only organized effort at providing health care to protesters in the 1960s. The Black Panther Party, founded in 1966, worked with the committee to establish health clinics in Los Angeles, Chicago and other locations, and the majority-black Freedom House Ambulance Service in Pittsburgh created the country’s first mobile medical service, the forerunner of modern paramedics.

Ms. Hirschman graduated from nursing school in 1967 and joined the Medical Committee for Human Rights as a regional representative in New York. Though there was a faction of the committee that strove for political neutrality, by the late 1960s it had become clear to members like Ms. Hirschman that they had a moral obligation to align themselves with the civil rights and antiwar movements.

At the time, she wrote in one of the organization’s newsletters that its members must “take our stand first as participants in the struggles that will be taking place against war and oppression, and then use our skills and share our skills if they are needed.”

Ms. Hirschman was an author of an early training program for street medics. “I had literally trained every street medic I knew,” she said, including ones affiliated with the Vietnam Vets Against the War and the Black Panthers.

In 1969, while living in New York, Ms. Hirschman was walking home from work when she ran headlong into a spontaneous demonstration at the Stonewall Inn in Greenwich Village.

“This thing erupted,” she said. “And I always carry a pack. I have gear on me all the time. I whipped out my belt pouch and started doing first aid.”

Ms. Hirschman was also present at Wounded Knee, the siege of a reservation by federal agents in 1973. While there, she told the The Tampa Tribune later that year, she had seen federal helicopters fire at women and children, and had treated a man named Frank Clearwater who was shot in the head. Mr. Clearwater died the following week.

“That’s way beyond the scope of a street medic,” she said recently. “It’s just that I was the only one there that could do it so I did it.”

Sangam, a 35-year-old street medic in Washington, D.C., said that much of the work at the current protests is a little more humdrum. (The New York Times agreed to use only Sangam’s first name because of the threat of police harassment.)

“The number one thing I do — that nearly all of us do who are in it for community care and not some kind of cachet — is the same kind of quiet preventative care that literally anyone could be doing for each other,” Sangam wrote in an email. “We hand out a LOT of water and sunscreen this time of year. Not glamorous, I know. But 90% of the job is trying to help ensure people don’t become patients in the first place.”

Other community members sometimes help with this mission. Icon Ebony-Fierce, a 30-year-old activist in Philadelphia who uses the pronoun they, has been handing out water and snacks to protesters, as well as first-aid supplies to any medics who may need them.

“Anyone from the street medic community needs medical supplies, they can stop by here and get Band-Aids, gauzes, medical patches,” they said.

Dr. Rupa Marya, a professor of medicine at the University of California, San Francisco, and a founder of the Do No Harm coalition, a collective of health care workers committed to aiding those affected by violence at the hands of police and military, said that some medical professionals took a while to adjust to the differences between hospital care and on-the-ground work.

“In the hospital, everything is static,” Dr. Marya said. “The patients often stationary and then the care team is around that person. In the street you have a very fluid situation. A line of police are moving, the violence is almost always coming from the police. If people are being battered with chemical weapons, even if you want to go in and help them, you can’t put yourself at risk.”

Ms. Hirschman said that caution showed how much the movement had evolved since her youth, when she would rush to demonstrations giving little thought to her own safety.

“I’m an adrenaline junkie with a rescue fantasy,” she said. “Scratch a street medic, that’s what you find.”