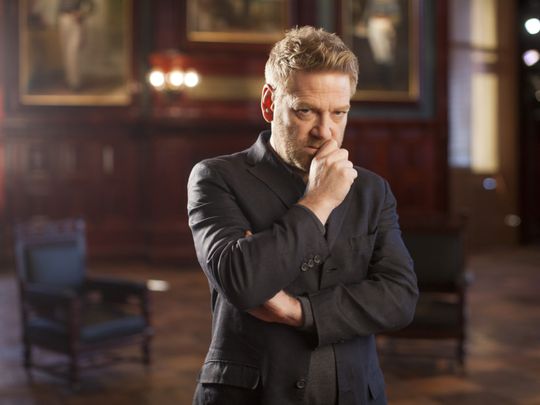 For filmmaker Kenneth Branagh, the best approach to present author Eoin Colfer’s young protagonist in ‘Artemis Fowl’ was through an intimate yet distanced father-son story.

To execute this plan, the actor-director referred to Francis Ford Coppola’s 1972 masterpiece ‘The Godfather’.

Branagh said his film explores a trajectory similar to that of Michael Corleone in ‘The Godfather’, who is brought into the terrifying family business reluctantly.

The 59-year-old filmmaker is a master in adapting books for the big screen with an extensive filmography that features critically acclaimed adaptations of Shakespearean tragedies like ‘Henry V’ (1989), ‘Much Ado About Nothing’ (1993), ‘Othello’ (1995) and ‘Hamlet’ (1996).

Besides the Bard, Branagh has also successfully made movies based on the works of prominent artists like Wolfgang Amadeus Mozart and Agatha Christie.

With ‘Artemis Fowl’, the director dives into the magical world of fairies, dwarves and centaurs as he presents the story of the titular criminal mastermind, played by Ferdia Shaw, who goes to great lengths to rescue his father from evil forces.

Branagh said he was drawn to the idea of crafting an origin story about a character unfamiliar to audiences, something similar to what he attempted with his 2011 superhero movie ‘Thor’.

“When you’re introducing a character that may not be known to everybody, who aren’t aware of books or comics or whatever, then I enjoy the idea of creating an origin story. This is something that appealed to me when I made ‘Thor’.

“There’s a boy who’s at school and who then transforms into what Eoin essentially wrote and as he puts it, into a Bond villain, an 11-year-old Bond villain. I wanted this film to be for those who weren’t aware of the books, a journey of that happening,” he said.

But the filmmaker was also cautious in his approach as he did not want the audience to feel a detachment with the character because of his privileged background.

“He’s a privileged boy living in an enormous house… and we wanted to avoid the idea of disconnecting the audience by making him somebody who is removed from us and is precious.

“For a popular movie like this, I felt we needed to see him in a more human context from the beginning, particularly in relation to his concern for his father.”

The director said the young boy’s journey in the film enables him to “negotiate his uniqueness and his difference”.

“There is so much for the audience to take in like the separate worlds, fairies, mythology, Ireland, his intelligence, breaking the fairy code. It’s a ton of stuff.

“So somehow the cinema translation had to find a way for him to become Michael Corleone by the end of the movie without patronising the audience or throwing out too many things from the book,” Branagh added.

The director is keeping his fingers crossed but hopes viewers like the world he has created.

“It’s interesting because sometimes I can’t predict. What I’m thrilled by is when audiences surprise me. I really hope that it exhilarates them the way it did me. I think that there are great stories about Artemis and Holly to be told from the books.

“It would be great to do more of them. So I hope the takeaway is ‘Hey, I want to know what happens when they go on that next adventure’,” Branagh added.