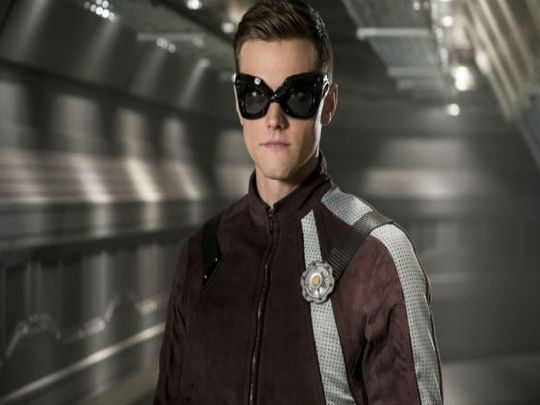 Actor Hartley Sawyer from TV series ‘The Flash’ has been fired from the show over racist and misogynist references in his tweets.

Sawyer was popular for portraying Ralph Dibny in the hit CW series. The tweets that surfaced were made before joining ‘The Flash’.

While the actor’s Twitter account has been deleted, the screenshots of his previous tweets have gone viral.

A statement from The CW, producers Warner Bros TV and Berlanti Productions and executive producer Eric Wallace read: “Hartley Sawyer will not be returning for season seven of ‘The Flash’. In regards to Mr Sawyer’s posts on social media, we do not tolerate derogatory remarks that target any race, ethnicity, national origin, gender, or sexual orientation. Such remarks are antithetical to our values and policies, which strive and evolve to promote a safe, inclusive and productive environment for our workforce.”

Lead actor of the superhero show Grant Gustin said he was deeply shocked and saddened with Sawyer’s tweets.

Reposting the statement, Gustin wrote on Instagram that “words matter.”

“I don’t have much to add because Eric’s thoughts are stated so eloquently and powerfully. I will say I was shocked, saddened, and angry when I saw the tweets. Words matter,” his comment read.

Wallace earlier penned a statement where he explained how much of Sawyer’s social media tweets broke his heart and made him “mad as hell.”

He noted that those are “indicative of the larger problem in our country [America].”

“I, too, am committed to bringing permanent change to the work environment here on ‘THE FLASH.’ Yes, this is a family show. But it’s for all families. That includes Black and Brown ones,” the showrunner wrote.

He stressed his continuing efforts to find “black and brown writers, directors, actors and producers of all genders to help tell FLASH stories.”

Wallace wrapped up the statement with a message of solidarity in the fight against social injustice and racism.

Sawyer has also posted an apology on Instagram, where he’s said: “My words, irrelevant of being meant with an intent of humour, were hurtful, and unacceptable. I am ashamed I was capable of these really horrible attempts to get attention at that time. I regret them deeply. This was not acceptable behaviour. These were words I threw out at the time with no thought or recognition of the harm my words could do, and now have done today.”