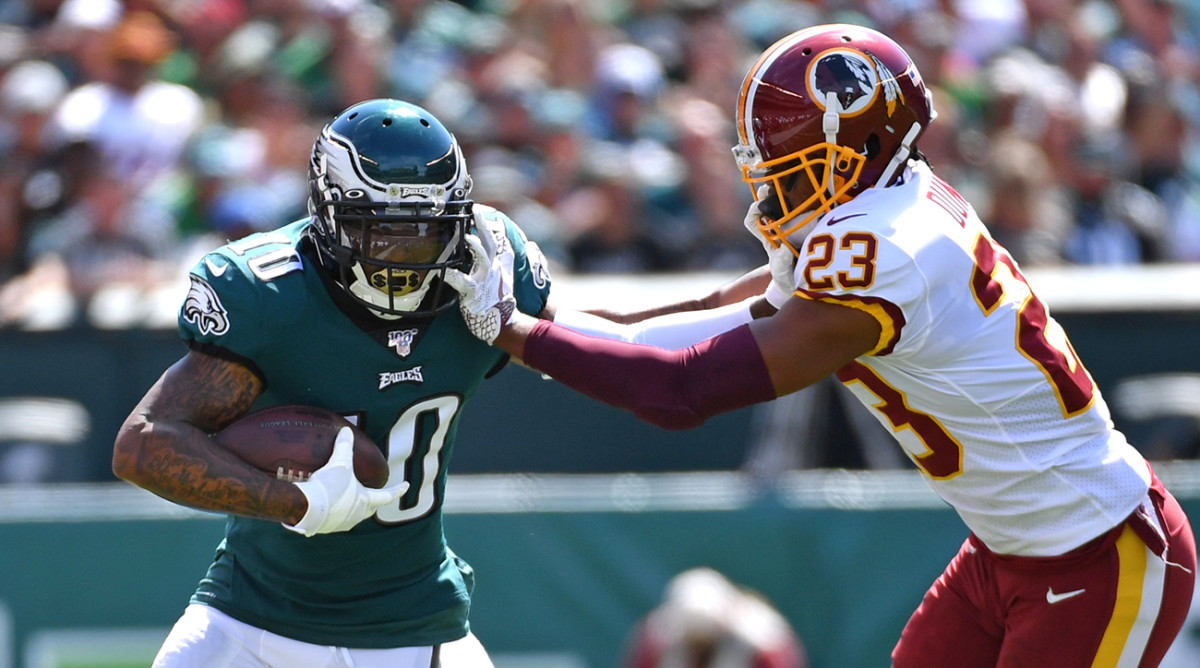 The defense lawyer for Seattle Seahawks cornerback Quinton Dunbar says five witnesses have signed affidavits that exonerate the cornerback of any involvement in the armed robbery that took place in Florida this week, according to the Miami Herald‘s David Ovalle.

Michael Grieco, the lawyer for Dunbar, said he has presented the affidavits to the local Broward State Attorney’s office, but that prosectors are requiring Dunbar turn himself in.

“All of the affidavits indicate my client is innocent,” Greico said.

The incident in question occurred May 13, according to the police affidavit. Both men were alleged to have been involved in a robbery, which saw money and valuables stolen from other witnesses at a party.

Per the police affidavit, Dunbar was seen assisting Baker, but there were conflicting witness reports on whether the Seahawks CB was armed.

Per the Miami Herald, neither has a criminal history in Miami-Dade or Broward counties.

According to Sports Illustrated legal analyst Michael McCann, armed robbery with a firearm has a mandatory minimum sentencing law, 10-20-Life, for felonies in which a firearm is used or attempted to be used.

“We are aware of the situation involving Quinton Dunbar and still gathering information. We will defer all further comment to league investigators and local authorities,” Seattle said in a statement.

Dunbar recorded 37 total tackles in 11 games for Washington last year, his fifth in the league. Seattle acquired him in a trade in late March.