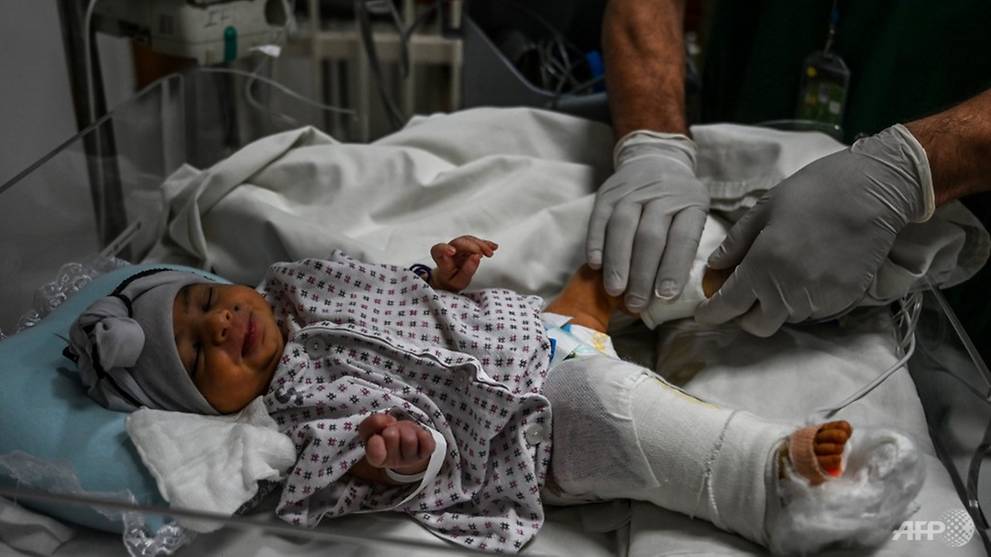 KABUL: As armed men rampaged through an Afghan hospital, shooting dead mothers and babies, a group of pregnant women hid in a room with one of them about to give birth.

“The mother was in pain but was trying not to make any sound,” said a midwife who helped deliver the baby girl and sever the umbilical cord with her bare hands.

“She even put her finger in the newborn baby’s mouth to stop her from crying,” the woman told AFP by phone on Friday (May 15), her voice still shaking three days after the attack in Kabul.

The raid on the Barchi National Hospital left 24 people dead, including newborns, mothers and nurses, and sparked international outrage.

There were 26 mothers in the hospital on the morning gunmen posing as members of the Afghan security forces burst in, said the Doctors Without Borders charity, which runs the maternity ward.

Eleven of them were killed during the hourslong attack, including three in a delivery room with their newborn babies. Five were wounded.

Another 10 sheltered in “safe rooms”, which are common in Afghanistan and are often armoured to protect the occupants from gunfire or rockets.

The midwife, who spoke to AFP on the condition of anonymity, also rushed to one of the safe rooms when the emergency siren went off.

As she and some of the women huddled inside, they could hear gunshots as the attackers went from room to room throughout the hospital.

Then one of the women began to give birth.

“We helped her with our bare hands, we had nothing else in the room except some toilet paper and our scarves,” the midwife said.

“When the baby was born, we cut the umbilical cord using our hands. We used our headscarves to wrap the baby and the mother.”

As the terrified women tried to stay quiet, they could hear the gunmen outside asking them to open the door.

“But we knew they were not (security force members),” she said.

After the attack 18 babies were taken to another hospital for treatment – some of them carried from the scene by heavily armed soldiers.

No group has claimed the attack, but the United States has blamed the Islamic State group.