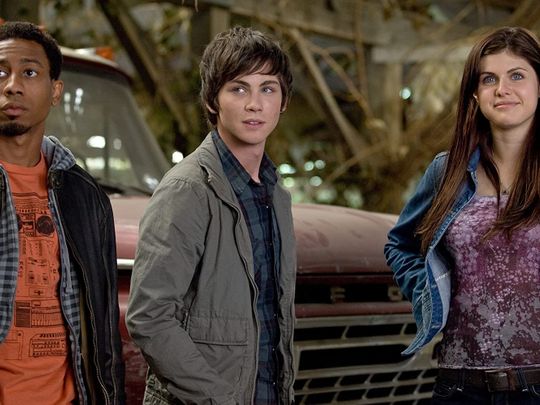 A live-action series based on Rick Riordan’s ‘Percy Jackson’ novels is in development for a streaming platform.

Riordan made the announcement through a video on Twitter alongside his wife Becky. The series is in the early stages of development at Disney Plus, reports Variety.

“We can’t say much more at this stage but we are very excited about the idea of a live-action series of the highest quality, following the storyline of the original Percy Jackson five-book series, starting with ‘The Lightning Thief’ in season one. Rest assured that Becky & I will be involved in person in every aspect of the show,” Riordan later said in a statement.

Percy Jackson is the main protagonist of the ‘Percy Jackson and the Olympians’ book series. The story begins when Percy discovers that he is a demigod.

‘The Lightning Thief’ and the second book in the series, ‘The Sea of Monsters’ were previously adapted as feature films. The movies featured Logan Lerman as the title character, a boy who discovers he is the son of the Greek god Poseidon, and Alexandra Daddario as another demigod, Annabeth. The first film was released in 2010 while the second was released in 2013.

In addition to ‘The Lightning Thief’ and ‘The Sea of Monsters’, the series consists of the books ‘The Titan’s Curse’, ‘The Battle of the Labyrinth,’ and ‘The Last Olympian’.