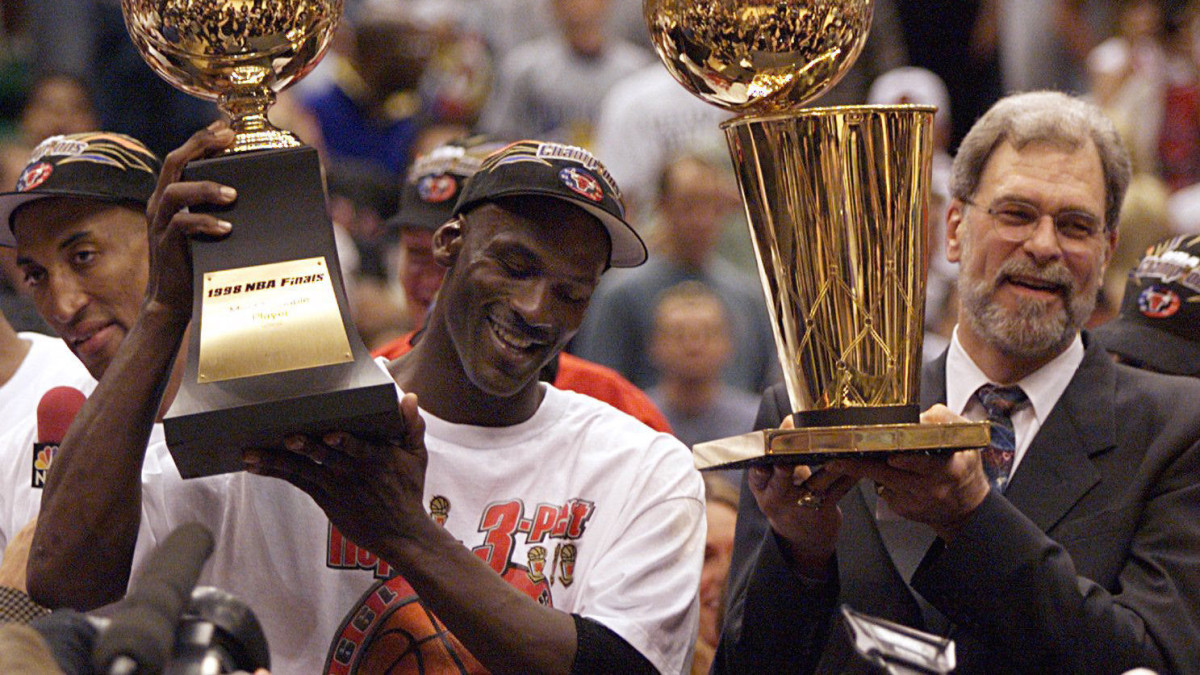 He’s kind of a big deal

I don’t know how I came to learn about how great Michael Jordan was. I was not even six during MJ’s final year with the Bulls. I vaguely remember him coming out of retirement to join the Wizards and people on SportsCenter making a big deal out of it, so it seemed like something I should care about.

Jasmine told the Associated Press that when she was a kid, she had to resort to using Google to see what all the fuss was about.

“When I was a child, and growing up during the time, I didn’t really understand what was happening because I was so young, and it just didn’t really resonate with me until I got older,” Jasmine said. “I laugh because I actually Googled my dad at one point just to figure it out. I was like, why is everyone so intrigued by you, you’re just dad, you’re not that cool. But lo and behold, he was kind of a big deal. So it’s definitely been something that’s been eye-opening.”

Jasmine was born on Dec. 7, 1992, which would make her five-and-a-half at the time of Jordan’s last championship and 10 years old when he played his final NBA game. Nobody understands what their father does for a living at that age, even if they’re the greatest of all time.

Jordan and Jasmine’s mother, Juanita, divorced in 2006. Jordan’s second wife, Yvette Prieto, gave birth to twin girls in February 2014. Maybe Jasmine can clue them in on why their dad is so famous before they have to turn to Google.

College conference commissioners explain how they’re preparing for the return of football. … George Kittle is hoping his kickass home gym brings him back to the Super Bowl. … How the 2020 Little League World Series hopefuls are dealing with the tournament’s historic cancelation. … Which NBA franchise has the best chance of becoming the next superteam?

Shaq says his Lakers would have “laid out” Stephen Curry if they played the Warriors. … NFL players DeAndre Baker (Giants) and Quinton Dunbar (Seahawks) are accused of committing armed robbery in Florida. … NASCAR driver Ryan Newman says that after surviving his scary crash at Daytona he feels like “a complete walking miracle.” … Charles Barkley is going to be one of TNT’s on-air analysts for the Tiger Woods and Peyton Manning vs. Phil Mickelson and Tom Brady golf match. … The manager of Bundesliga club Augsburg has been banned from tomorrow’s match because he broke quarantine to go buy toothpaste.

Lucky for them, the Lakers didn’t actually make any trades that year

That’s way closer than at a Mets game

Open the books so we can see if this is true! (It’s probably not.)

Never forget where you came from

Looking for sports-adjacent TV? NBC is airing a dog show on Sunday at 8 p.m ET

A rich Texan made it his life’s goal to reach the deepest point of all five oceans. … People are trying to make boozy seltzer healthy now. … New York is considering making people reserve spots on the subway ahead of time.

I’m sure he handled it well

Just paint a tunnel onto the cliff face