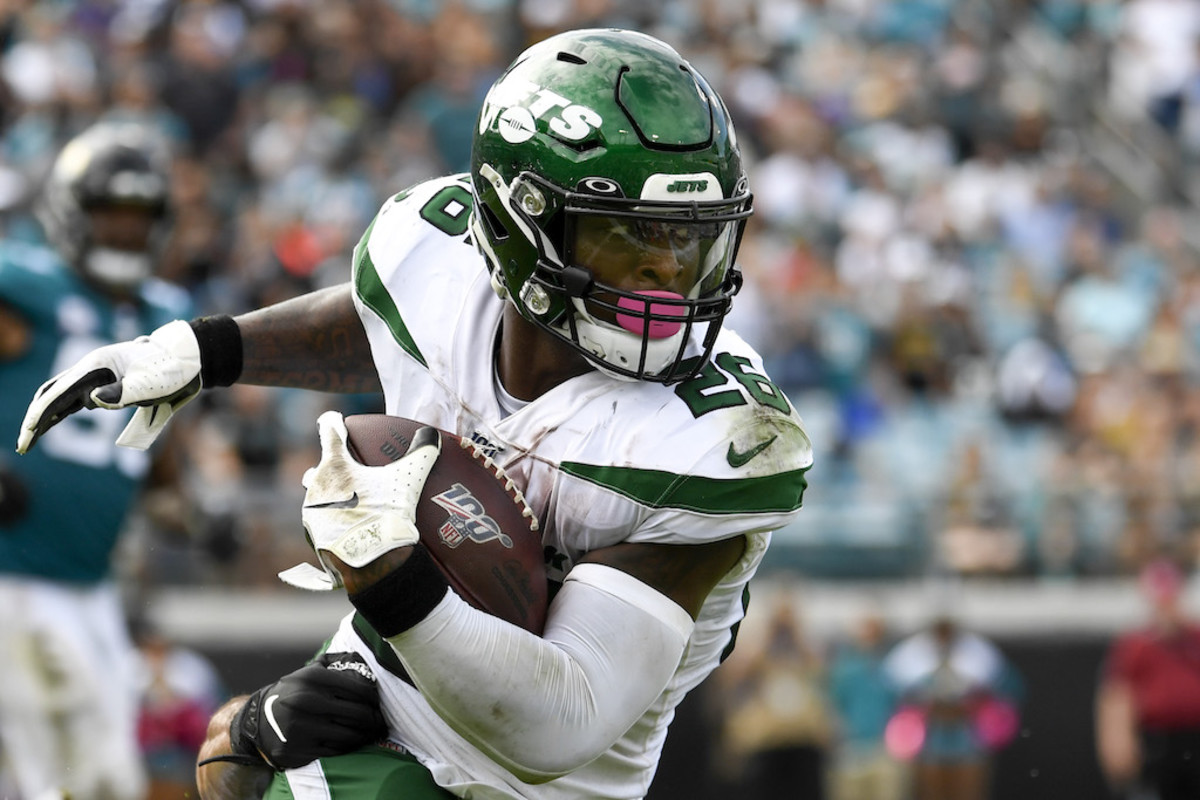 The New York Jets certainly will not be the most potent offense in the league in 2020, but their offense should be much improved compared to last season. The Jets made tremendous additions along the offensive line, highlighted by the addition of mammoth Louisville offensive tackle Mekhi Becton in the first round of the 2020 NFL Draft. New York also added Connor McGovern, George Fant and Greg Van Roten via agency as well as Cameron Clark in the draft.

Arguably the biggest beneficiary of an improved offensive line could be star running back Le’Veon Bell. The oddsmakers at DraftKings Sportsbook have posted Bell’s total rushing yards prop at 850.5.

Despite ranking eighth in the league with a healthy 311 touches, Bell finished as the overall RB16 in PPR fantasy football leagues. Bell posted career-lows in rushing yards (789), yards per carry (3.2) and touchdowns (4) in 2019.

Bettors also need to be concerned about the recent comments by Jets coach Adam Gase that the club plans to take a “less is more” approach with Bell next season.

“We can get some of the younger backs to where we can make a good one-two punch to where we can really excel instead of feeling like it’s just all on him all the time,” said Gase.

Considering the $13.5 million per year that the Jets owe Bell, it would be foolish to see his role reduced to part of a running-back-by committee. Bell was eighth in touches last season with 245 carries and 66 receptions, but was 16th in scrimmage yards among running backs. In 2020, my model has Bell returning to his 4.3 yards per carry average from his days in Pittsburgh, thanks to an immensely improved offensive line and the growth of quarterback Sam Darnold that should result in less loaded boxes.

In essence, this wager comes down to volume. Bell had 406 touches in 2017 with the Steelers, and 311 last season in New York. That kind of drop-off is worrisome for both bettors as well as fantasy owners. While limiting Bell’s workload might help his per-touch numbers, Darnold’s ability to develop a rapport with Breshad Perriman and Denzel Mims could easily be the biggest factor in Bell’s overall production numbers in 2020.

When diving into volume projections, all bettors and fantasy owners need to take note of two big arrivals to the Jets backfield in fourth-round draft pick La’Mical Perine and veteran running back Frank Gore. JetsCountry reporter Kristian Dyer believes the former Florida Gator standout has the potential to become a part of the team’s backfield rotation as a rookie. In addition, Gore, who is a favorite of Gase from their time together in Miami, will absolutely hurt Bell’s volume projections.

“He (Gore) is a great guy for Le’Veon to be around. Those two guys can really do some damage together. We have two guys that can play all three downs,” said Gase.

That could lead to trouble for Bell’s overall production in 2020. The only players in NFL history with more rushing yards than Gore are Emmitt Smith (18,355) and Walter Payton (16,726). Expect to see less volume once again from Bell in 2020.

I am in total agreement with the words expressed by star Jets safety Jamal Adams in the embedded tweet above. From a football perspective, he has amazing patience waiting for holes and his hands out of the backfield make for a rare talent in PPR fantasy football formats. However, I think that Bell’s true potential will be wasted as long as Gase is the head coach of the Jets.

A crowded backfield, with Gase on record as saying he was never in favor of the big contract the Jets handed to Bell prior to last season, makes this difficult play on over 850.5 rushing yards. However, with Bell’s talent and only needing to improve on his career-low output from last season by 62 yards, I am betting the over. Despite all the obstacles Bell may encounter, my model has him finding a way, behind a vastly improved offensive line, to average more than 53 rushing yards per game in 2020 to surpass this number.