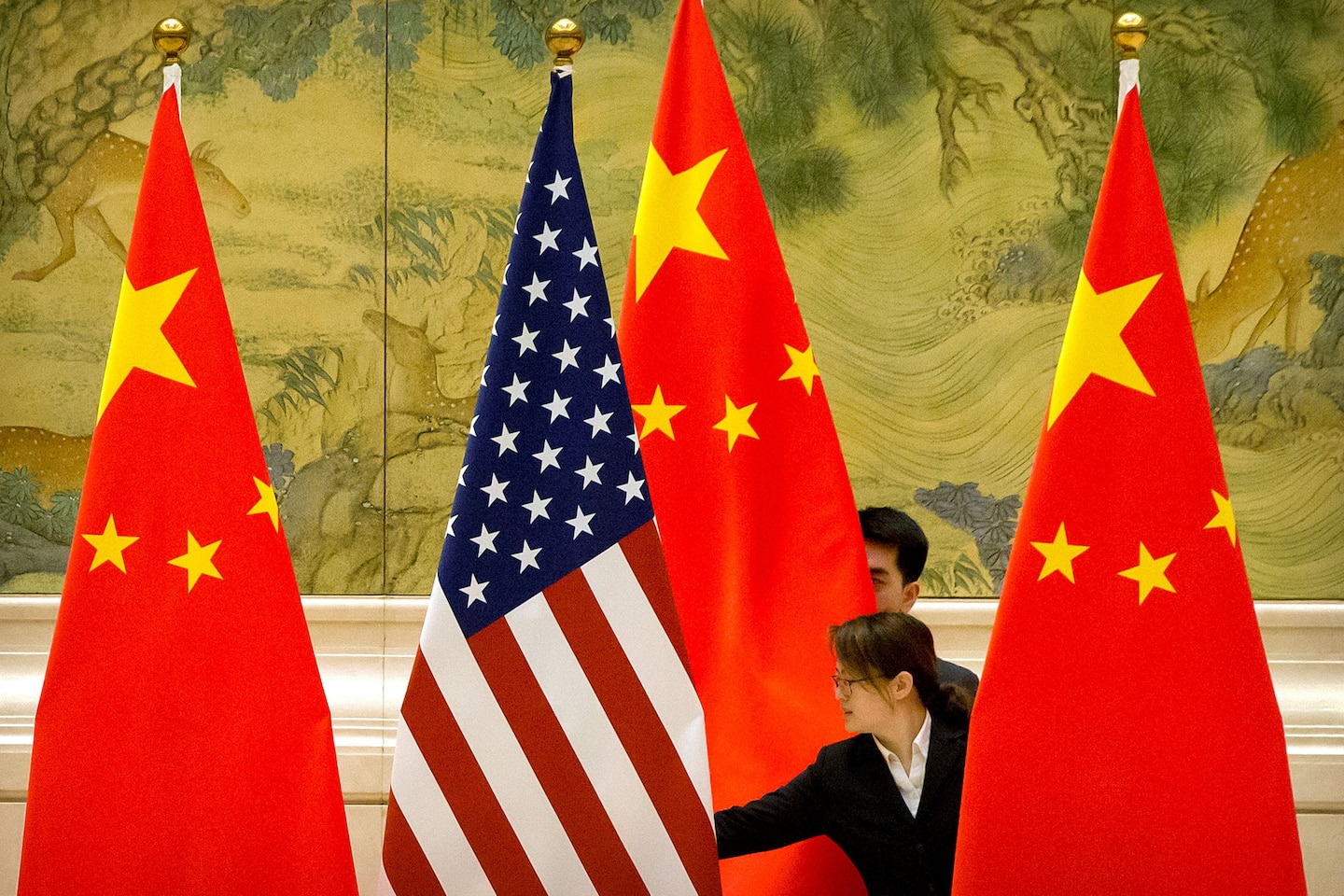 In an interview aired Thursday morning by the right-wing Fox Business Network, President Trump floated the idea that the United States “could cut off the whole relationship” with China in the aftermath of the pandemic, in reference to discussions over the lingering trade differences between both countries. He also argued that the economic toll of the pandemic offered further proof that the United States needed to do more to disconnect itself from global supply chains that thread through China.

Trump is not alone in this tough talk — and some of his lieutenants and allies are even harsher. Republican senators are pushing sanctions and new legislation aimed at punishing China for its alleged role in covering up the initial stages of the outbreak. The State Department curtailed visas for Chinese journalists operating in the United States, as part of an ongoing tit-for-tat with Beijing that uses work permits for foreign correspondents as diplomatic game pieces.

Anonymous White House officials went so far as to leak to the media threats to skip U.S. debt obligations to China, a move experts say would be deeply damaging to U.S. credibility on the world stage. According to a Pew Research Center survey conducted last month, Americans view China more negatively than they ever have since the organization started surveying anti-Chinese sentiment in this manner in 2005. Some of the anger in Washington reflects election-year posturing, with Trump and the Republicans understandably eager to shift attention away from the administration’s mismanagement of the coronavirus crisis.

But many Democrats, including presidential candidate and former vice president Joe Biden, are also keen on taking a more strident anti-Chinese line. And countries elsewhere, including other regional powers in Asia, are also starting to adopt an approach aimed more at directly countering China — which further fuels Chinese nationalism, anchored, as it is, in a long history of foreign encirclement and mistreatment.

We’re entering a new Cold War with China. The FBI’s announcement today shows, yet again, that Communist China continually attempts to hack into our systems with the goal of stealing our technology and supplanting us as a world power. pic.twitter.com/LHSiWzbxen

Officials in Washington and Beijing periodically insist they don’t want a new Cold War, but the geopolitical head winds appear to be blowing in that direction. “When Chinese government officials criticize what they explicitly call a ‘Cold War mentality’ in the U.S.,” wrote Bethany Allen-Ebrahimian of Axios, “they aren’t calling for an end to ideological competition or great power rivalry, but rather to U.S. attempts to stymie Beijing’s plans.”

According to Reuters, an internal report presented by China’s Ministry of State Security to the country’s top leaders warned that the rising global hostility toward Beijing, engendered in part by U.S. rhetoric, was at its worst levels since the events at Tiananmen Square in 1989. The report allegedly concluded that the United States was bent on undermining the ruling Communist Party of China and viewed the country as an economic and security threat.

“One of those with knowledge of the report said it was regarded by some in the Chinese intelligence community as China’s version of the ‘Novikov Telegram,’ a 1946 dispatch by the Soviet ambassador to Washington, Nikolai Novikov, that stressed the dangers of U.S. economic and military ambition in the wake of World War II,” Reuters reported.

That document, along with U.S. diplomat George Kennan’s parallel “Long Telegram” from Moscow, are the founding texts of the Soviet-U.S. rivalry that would come to dominate the rest of the 20th century.

Something similar, if not quite the same, seems to be afoot now, according to experts. “I know people get uncomfortable with the terminology, but I do think we have to be honest and call this what it is, and this is the start of a new Cold War,” Clete Willems, a former White House trade official, told CNBC. “And if we’re not careful, things could get much, much worse.”

“We’re essentially in the beginnings of a Cold War,” Orville Schell, the director of the Center on U.S.-China Relations at the Asia Society, told Business Insider. “We are on a downward slide into something increasingly adversarial with China.”

In Washington, a cadre of policymakers fret about the United States’ waning (or vanished) military primacy over China. In Beijing, retired generals and organs of its vast military have mused more openly about the prospects and risks of launching a military invasion to reclaim Taiwan.

As I have said for a long time, dealing with China is a very expensive thing to do. We just made a great Trade Deal, the ink was barely dry, and the World was hit by the Plague from China. 100 Trade Deals wouldn’t make up the difference – and all those innocent lives lost!

Conflict of that sort is not in the cards — at least not yet. But the common wisdom that the two countries and their intertwined economies would inevitably get along is also fading.

China’s entry into the World Trade Organization nearly two decades ago — which turned the country into an exports-driven economic superpower — was once seen as a towering achievement of globalization. Trump and his allies have cast that moment as a kind of original sin that they seek to redeem, not least in their steady campaign to undermine the WTO and doom it to irrelevance.

“It will be extremely hard to anchor the deteriorating relationship again in this maelstrom,” Mikko Huotari, executive director at the Mercator Institute for Chinese Studies, a Berlin-based think tank focused on China, told the Financial Times. “Strategic competition will remain the dominant paradigm. The question is whether it tilts toward permanent and all-out hostility.”

Neither side is set to gain from this tense state of play. “Despite the best efforts of ideological warriors in Beijing and Washington,” former Australian prime minister Kevin Rudd wrote last week, “the uncomfortable truth is that China and the United States are both likely to emerge from this crisis significantly diminished.”