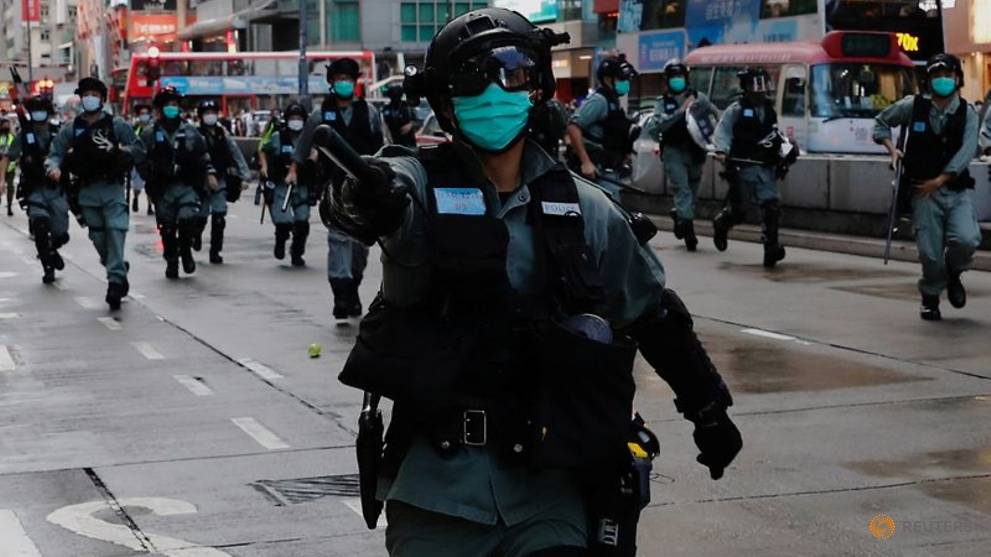 HONG KONG: Hong Kong’s police watchdog will release a much-anticipated report on Friday (May 15) following a review of the handling of months of often violent anti-government protests last year that plunged the city into crisis.

The Independent Police Complaints Council (IPCC) studied officers’ behaviour in the months after June 2019, a period that saw some of the biggest and most violent demonstrations to roil the city in decades.

Rights groups including Amnesty International have accused police of a disproportionate use of force and other abuses in handling the pro-democracy demonstrations.

Police have repeatedly said they were reactive and exercised restraint in the face of high levels of violence.

The protests started as a campaign against a now-shelved extradition bill that would have allowed criminal suspects to be sent to mainland China for trial, but evolved into broader calls for greater democracy and an independent enquiry into police action, separate from the IPCC’s.

In some of the most intense clashes, protesters, many clad in black and wearing masks, threw petrol bombs at police and central government offices, stormed the Legislative Council, trashed metro stations and blocked roads.

Police responded with tear gas, water cannons, rubber bullets and several live rounds fired in the air, in many cases warning the crowds beforehand with a series of different coloured signal banners.

Anthony Neoh, head of the police watchdog, has said the report did not investigate allegations of misconduct against individual officers.

The credibility of the investigation was dealt a blow in December last year when a panel of five foreign experts quit from advisory roles to the watchdog because of doubts about its “independent investigative capability”.

The IPCC is tasked with reviewing the work of the Complaints Against Police Office, an internal police department.

Many protesters are furious about what they saw as police brutality and the fact that more than 8,000 people were arrested.

An independent inquiry into police handling of the unrest is one of the protesters’ five demands.

The outbreak of the novel coronavirus and strict rules to curb its spread brought a lull in anti-government protests this year, but there have been signs in recent days that the movement is gearing up again.