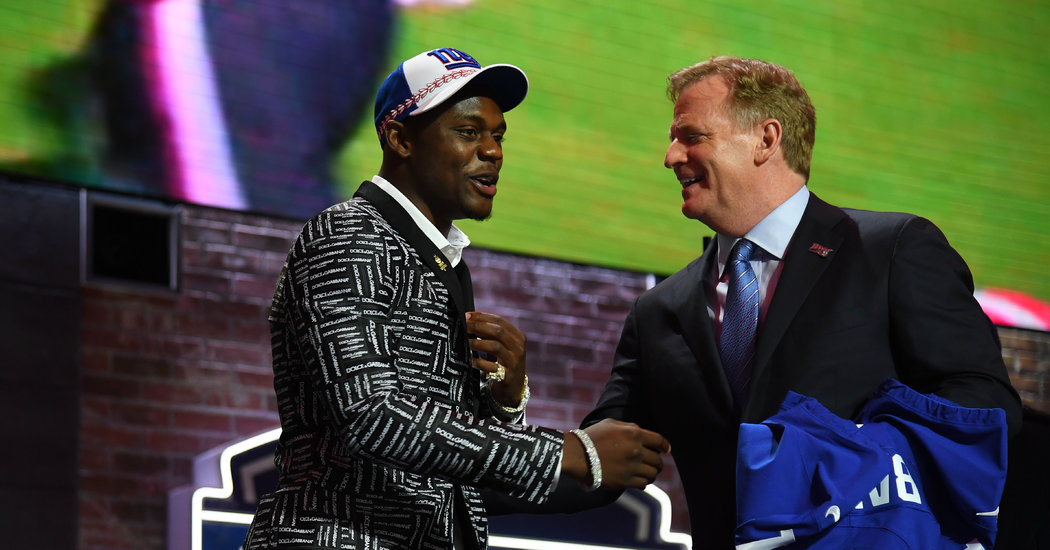 Arrest warrants were issued Thursday for two N.F.L. players who were accused of armed robbery at a cookout they attended near Miami the night before.

The players — New York Giants cornerback Deandre Baker and Quinton Dunbar, a cornerback for the Seattle Seahawks — robbed other guests at the party at gunpoint and left with thousands of dollars in cash and wristwatches worth tens of thousands of dollars, according to arrest warrants issued by the Miramar Police Department. Baker, Dunbar and a third man then left in high-priced cars, the arrest warrants said.

Tania Rues, a spokeswoman for the Miramar police, said Thursday night that the two players had not been arrested and that the police were in contact with the N.F.L. and a lawyer who is representing one of the players.

“Obviously, there are attempts to get them to turn themselves in,” she said.

TMZ Sports first reported that arrest warrants had been issued for the players.

According to the police, a dispute arose during the party at a house in Miramar, where people were gambling and playing cards and video games. Baker flipped over a table, took out a gun and pointed it at another guest, the police said, and Baker then told Dunbar and another man, who wore a red mask, to start taking money and valuables from other people at the party.

Baker and the man in the red mask, who was not fully identified in the reports, were armed, while witnesses disagreed about whether Dunbar was, the police said.

During the robbery, the police said, Baker told the man wearing a red mask to shoot someone who had just walked into the party. No shots appear to have been fired, according to the arrest warrants.

Among other things, the three men collected a Rolex watch and a Hublot watch that was valued at $25,000, the police said. A witness at the party said he thought the robbery had been planned because the three men left separately in a Mercedes-Benz, a Lamborghini and a BMW that had been “pre-positioned outside the residence in a manner that would facilitate an expedited departure from the residence,” according to the police.

Dunbar left through the back patio door of the home, according to a witness.

One witness, Dominick Johnson, told the police that he had known Baker and Dunbar since they were children. The arrest warrants, which were issued Thursday, said that when the police arrived at the home after the robbery, Johnson called Baker, who refused to speak to the police and hung up.

A person at the party who was interviewed by the police said that he had met Baker and Dunbar two days before at a party in Miami where the players had lost about $70,000.

An N.F.L. spokesman said the league was aware of the matter but declined to comment further.