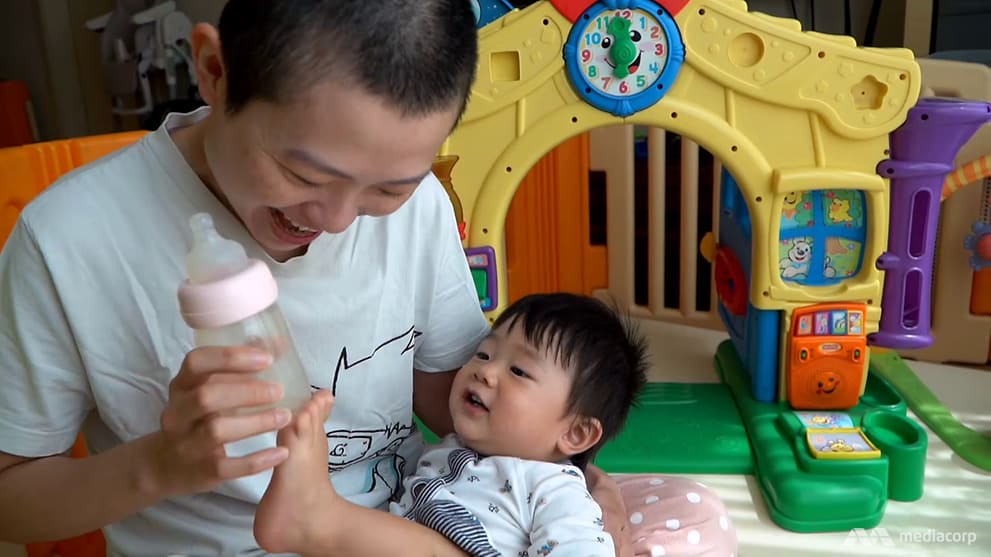 SEOUL: While breastfeeding her son in January, Connie Sun discovered a lump in her breast. The new mother figured it was a “breastfeeding lump, which would disappear”.

So she went on to visit Singapore for Chinese New Year. On Feb 11, the Singaporean returned to Seoul, where she lived with her Korean husband — and where the COVID-19 outbreak was worsening, at the worst possible time for her.

The 37-year-old had to observe a two-week quarantine and could not consult a doctor about that lump. When she finally did, it turned out to be cancerous.

“If I’d gone to the hospital slightly earlier, I wouldn’t have been a stage three; I might’ve been a stage two,” she said. “The lump grew rapidly within the first few weeks (of me) discovering it.”

After her diagnosis, she was faced with the dilemma of whether to seek treatment in South Korea or in Singapore.

The problem with flying home was that it would entail leaving behind her husband, Chang Hwan Lee, and her then nine-month-old son, Ian.

Chang was unable to travel to Singapore because of entry restrictions following the COVID-19 outbreak; their son was waiting for his Singaporean citizenship approval and could not leave South Korea yet.

She knew that juggling being a new mother and cancer while separated from her family in Singapore was going to be hard.

“Being a new mum (and) having the coronavirus pandemic now is tough,” she said. “My mum would’ve been able to teach me how to be a mum. My brother and sister-in-law could’ve helped with Ian.”

NO STRENGTH TO CARRY SON

The news of her cancer diagnosis was so overwhelming at first for Sun and her husband that they started “crying uncontrollably” while queueing to pay at the hospital.

“Both of us just broke down in front of the cashier and my son,” she recalled. “It took quite a while to stabilise ourselves and to have the courage to inform our family members in Korea and in Singapore.”

Her immediate thoughts were of Ian: Who would care for him while she undergoes treatment? How would he do without her breast milk?

Initially, she also had problems seeking treatment, as many of the hospitals in South Korea were designated for COVID-19 patients. She resorted to making video calls to a number of different hospitals before she secured an appointment with a doctor.

“There was also the fear that every time we visited a hospital, there was always the chance that a coronavirus patient had been there,” she said.

Early last month, she started on chemotherapy, which led to side effects like nausea, bleeding gums and fatigue.

“It made me feel like I didn’t have control of my body any more. Every day, there were new symptoms appearing,” she recounted.

She grew weaker and soon found that she even lacked the strength after each chemotherapy session to carry her son or play with him for long.

“Sometimes when he’s crying, and my husband’s in the bathroom, there’s nothing I can do. I can’t carry him, I can’t change his diaper, I can’t do much to pacify him,” she said.

“Those are the times when it drives me crazy.”

During her chemotherapy sessions, which take place over four-day stretches, her husband must stay with her in hospital. And her friends cannot visit.

“That definitely has made it a lot lonelier while receiving treatment,” said Sun, who has been living in South Korea since 2012. “The support isn’t there when we see the doctors. There are only two of us.”

She misses her mother. And as she battles nausea, all she can think about is her mum’s cooking and Singaporean food.

“Learning about my cancer diagnosis was tough, and it happening around the same time as the coronavirus made it even tougher because there were a lot of things I had to adjust,” she added.

BOTH LOST THEIR JOBS

There is also the cost of the treatment, estimated to come to about S$114,000 including chemotherapy, medication and hospital stays, which is “pretty huge”, said Sun.

If she were treated in Singapore, where she has an insurance plan, it would have covered most of her hospital and chemotherapy bills, she noted.

To add to her anxiety, she and her husband lost their jobs.

Chang was a freelance tour guide until the tourism industry ground to a halt, while Sun was teaching English until her company decided that an English teacher was no longer required.

“(My savings) have been depleted,” she said. “A lot of that has gone to paying for all the tests and the chemotherapy.”

She is thankful that some of her friends rallied around and created a campaign on Give.asia to raise funds towards her treatment. They have raised about S$25,000 so far.

She was, however, initially hesitant about accepting financial help. She felt that she should be helping others instead.

“My friend told us that there was no way we could do this on our own with a young child,” she added. “She made me realise that … we needed help.”

While the donations have somewhat eased her anxiety, she is still concerned about the long-term medical cost, and that selling her home in Singapore may be the only way to finance her treatment.

THE WIND BENEATH HER WINGS

A silver lining in Sun’s personal crisis is the network of friends who have stepped up to support her — not only financially, but also by cooking for her family, delivering food and groceries and even cleaning their apartment.

On those days when she goes for chemotherapy with her husband, her church friends babysit Ian until the couple return home.

“The help we’ve received is tremendous,” she said. “They knew that we had no family members in Korea who could help us. So they tried their best to do what a family would do for me in the situation.”

There were strangers on Facebook who offered to send her vitamins and left messages of encouragement.

Long-lost school friends also offered her financial help after the programme On The Red Dot featured her story, in a segment on how the global lockdown has cut off many overseas Singaporeans from their loved ones back home.

“I’m feeling very positive because of all the love (I’ve) received. It’s given me an immense amount of energy to carry on,” she said.

“It feels like everyone’s supporting us and we aren’t fighting it alone … That’s done a great amount to lift my spirit.”

When she shared her story online to stress the importance of early detection in breast cancer, it spurred some mothers to go for checks. Some of them discovered that they were at the pre-cancerous stage.

“I want to remind mums that it’s possible to have breast cancer while breastfeeding,” she said.

“If I’d known that, I’d have definitely taken my lump a lot more seriously from the start. I’d have checked myself regularly and wouldn’t have taken it for granted.”

Going forward, she intends to return to Singapore to seek a second opinion about her prognosis and to spend more time with her extended family.

“My mum’s already lost her husband to oesophageal cancer a few years ago, and I definitely don’t want her to suffer that loss again,” she added.

She wants to be strong also for her 11-month-old son. “I’m afraid that if anything were to happen to me, he might not even remember me.”

In the 5-part series Alone.Together, the programme On The Red Dot looks at life under lockdown for various groups. Watch this episode here.