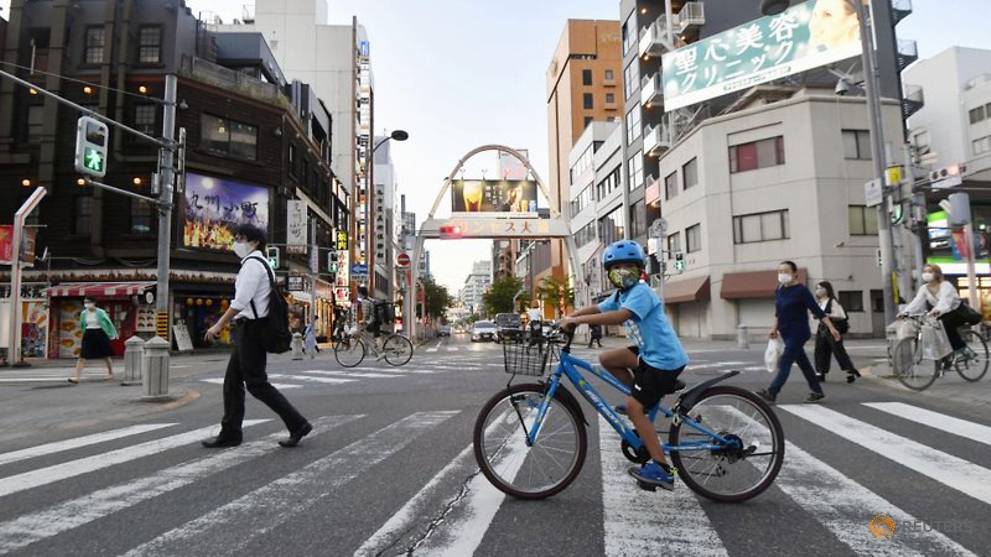 TOKYO: Large parts of Japan marked the first day out of a state of emergency on Friday (May 15) while major cities remained under COVID-19 restrictions and new testing suggested that contagion in Tokyo was wider than official figures.

Softbank Corp and McDonald’s Japan said they would start returning to normal operations in 39 of Japan’s 47 prefectures that are now exempt from the emergency declaration. The 39 prefectures account for about 55 per cent of Japan’s 126 million people.

Prime Minister Shinzo Abe lifted the state of emergency for these prefectures on Thursday but said the urban centres of Tokyo and Osaka and six other prefectures will remain under restrictions until there is convincing containment of the coronavirus. The emergency gives governors more authority to tell people to stay at home and to close schools and businesses, but there is no penalty for non-compliance.

“Even in areas where the emergency has been lifted, we would like to see people refrain from moving between prefectures as much as possible, at least during this month,” Chief Cabinet Secretary Yoshihide Suga said on Friday. “We hope that people will be able to return to their daily lives in stages.”

Kyodo News reported that antibody tests of 500 Tokyo residents conducted by the health ministry indicated that 0.6 per cent had been exposed to the virus. That would correlate to about 55,000 cases, based on the capital’s population of 9.2 million, more than 10 times the official figures for infections.

Softbank said its mobile phone shops would return to normal operations in the 39 prefectures. McDonald’s, which had done take-out only, said it would resume in-store dining in those regions.

But it was unclear how soon the regional economies could snap back. Little movement is expected at least until the end of May, said Gardner Robinson, an American who runs a hotel and restaurant in Nagano prefecture, where the state of emergency is over.

“A lot of local, prefectural and federal support is tied to staying closed until then,” Robinson said.

“But lifting the declaration will make it easier to get guests coming back for the green season,” he added, referring to the non-ski season in the winter sports destination.

For Tokyo, a decision on lifting or easing of restrictions won’t be made this month, Kyodo reported, citing a city government official. The Tokyo government wants to see new daily coronavirus cases at below 20 before lifting restrictions, Kyodo said.

New cases in Tokyo have been trending downward of late, and were at 30 on Thursday.

Nationwide, Japan has reported 16,203 cases of the coronavirus and 713 deaths, according to public broadcaster NHK. The figures are much lower than in most industrialised nations, but the pandemic cost Tokyo its chance to host the Summer Olympics this year.

The International Olympic Committee said on Thursday it expects to bear costs of up to US$800 million related to the postponed Games, now due to be staged in Tokyo next year. The figure does not include any costs Tokyo Games organisers and the Japanese government have to incur due to the delay.