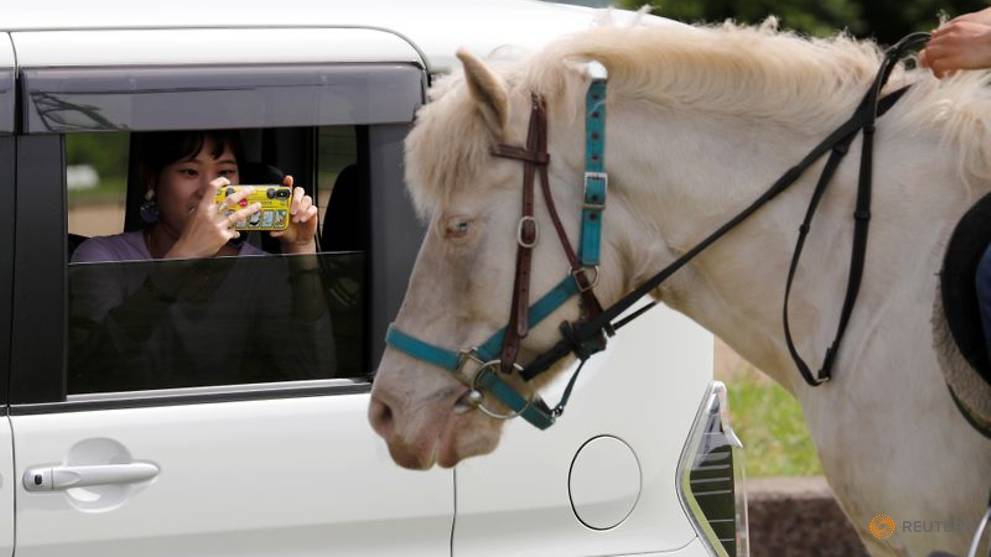 TOKYO: After closing to the public amid the COVID-19 pandemic, an animal park south of Tokyo has reopened as a “drive-though” attraction, allowing local residents to take in the scenery and wildlife from the safety of their cars.

Mother Farm, located 70km south of central Tokyo, suspended its operations in early April after the Japanese government declared a state of emergency.

Now they have opened their doors to provide a change of scene and help relieve stress for people who have been cooped up in their homes during the crisis, a spokeswoman said.

People who live in the area were allowed back from late April while the farm was opened to those from the wider Chiba prefecture from May 9.

Some 200 cars now visit the drive-through farm daily, paying 3,000 yen (US$28) to drive 3.5km along a winding road and see animals including alpacas, ostriches and emus.

“We don’t have many opportunities to go outside any more, so it was great to get a breath of fresh air and see the animals up close,” said Masayuki Arinobu, 47, a local resident who was visiting the farm with his family on Friday (May 15).

His 21-year-old daughter Sae said she enjoyed the opportunity to chat with her family in the car, but she was disappointed at not being able to stroke the animals.

“We have been getting a lot of good feedback, with visitors saying they really enjoyed the amazing view and cute animals,” said Mother Farm spokeswoman Manami Ishii.

The Japanese government lifted the state of emergency for 39 prefectures on Thursday, but has kept it in place for Chiba.

Japan has seen around 17,000 positive cases and 726 fatalities from COVID-19, according to a tally kept by Reuters.