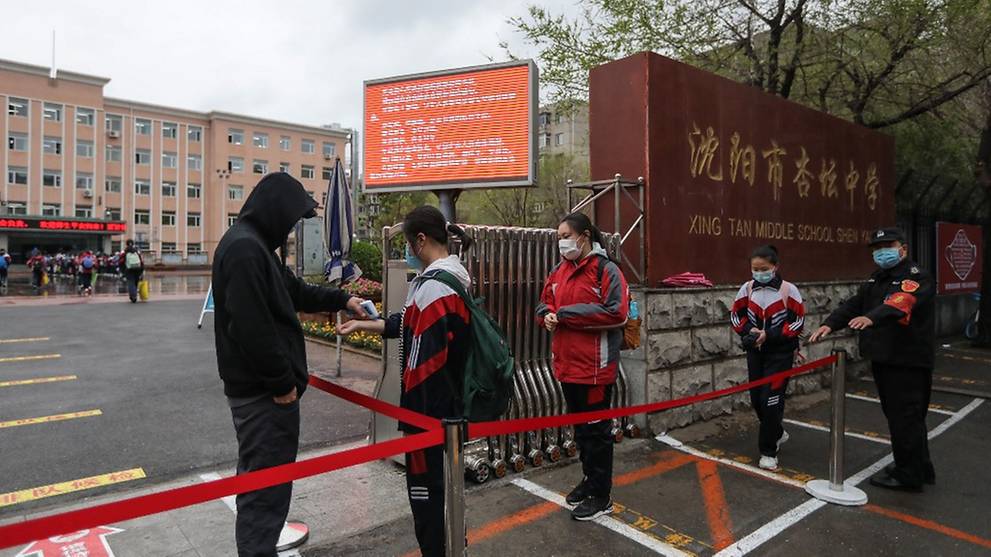 BEIJING: A major city in north-east China has quarantined over 7,500 people after it discovered three new coronavirus cases in the past five days as the region sees a surge in infections.

China has largely brought the virus under control after months of lockdowns and curbs on travel, but fears of a second wave have risen as clusters have emerged in northeast provinces and in the central city of Wuhan.

Shenyang, a city of around 7.5 million, reported its first new local case in 89 days on Monday (May 11), and a further two new local cases on Thursday.

Its government confirmed Thursday that the new cases were linked to a cluster in the city of Shulan, nearly 500km away in neighbouring Jilin province.

Some 7,500 people who arrived from Jilin since Apr 22 and those who came in close contact to the three local cases in Shenyang were required to undergo 21-day quarantine and three nucleic acid tests.

The city has also postponed reopening schools – some of which had been scheduled to welcome back students on Friday.

Authorities in the pandemic ground zero of Wuhan have also ordered mass COVID-19 testing for all 11 million residents after a new cluster of cases emerged over the weekend.

President Xi Jinping said on Thursday that containment measures must be stepped up in Jilin, neighbouring Heilongjiang and Wuhan “to forestall resurgence of infections”, reported Xinhua.

The cities of Jilin and Shulan, both in Jilin province, have been put under lockdown within the past week after an initial cluster that appeared in Shulan on Monday spilled over to Jilin.

Strict controls have been placed on transport, schools have been ordered to close and mass gatherings banned.

Jilin’s vice mayor warned Wednesday that the situation was “extremely severe and complicated” and “there is major risk of further spread”.

The Shulan cluster was linked to a local woman with no known overseas travel history or previous exposure to the virus, sparking concerns over its unknown origin.