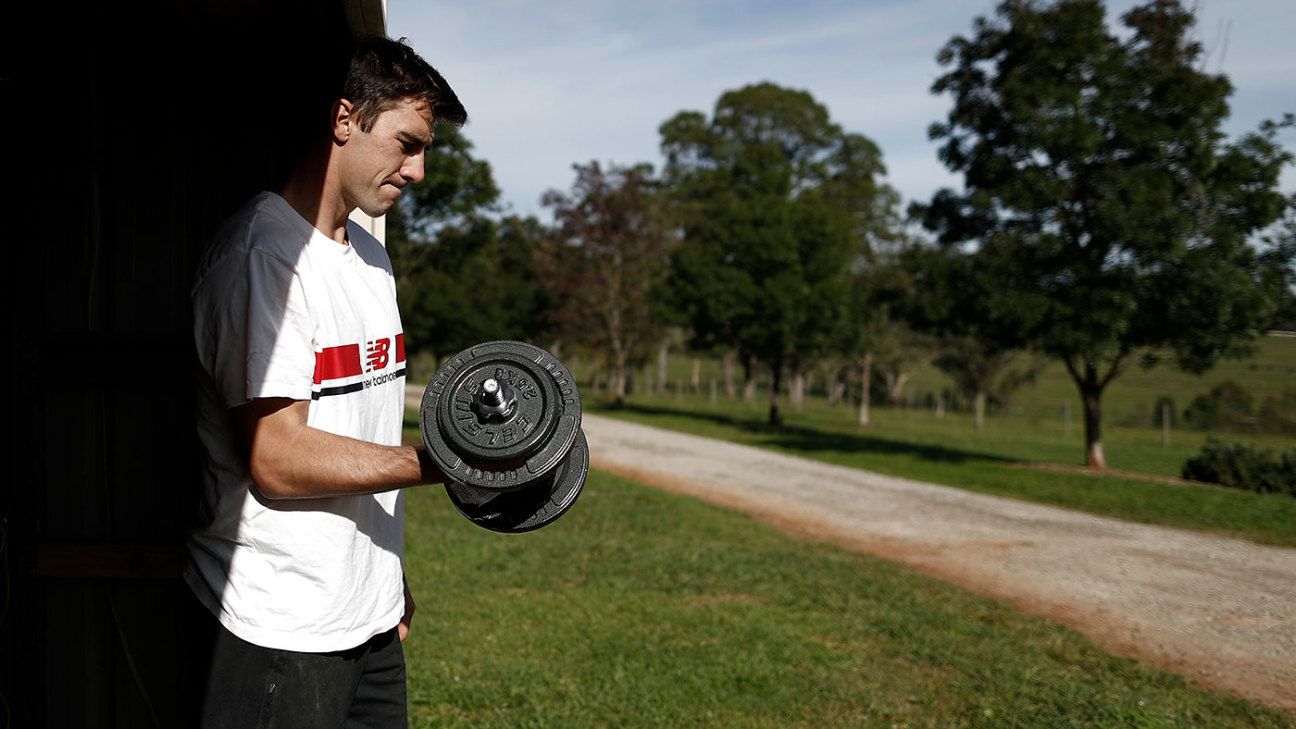 Over the next week or so, professional cricketers around Australia will dig out their kit bags and embark on a lengthy pre-season, which will likely have a very different feel from the usual as sport adapts to the new normal following the Covid-19 pandemic.

The centrally contracted Australia players come off annual leave on Monday, a period where like the majority of the population they have been confined to homes, garages, gardens and the local parks for exercise.

State squads are due to start filtering back into training and while the winter football codes – NRL and AFL – are preparing to return to action cricket training, at least to start with, will likely take the form of smaller groups.

However, while those with Cricket Australia deals have some certainty over their position, state contracting lists remain to be confirmed.

A couple of weeks ago, the Australian Institute of Sport issued a framework for the return of sport – CA’s Dr John Orchard was part of the team that put the document together – which included details such as the ban on using saliva and sweat on the ball at training. Since then, CA, led by head of science and medicine Alex Kountouris, has been working on overall guidelines for the states and national set-up.

In normal circumstances, a number of players would have been at the IPL or taking up county contracts in England, while members of the men’s Test squad who were based at home would have been gearing up for a two-Test tour of Bangladesh.

All of that, of course, was scuppered as the pandemic swept the world. There remains significant doubt as to when the international game will resume, although there are some positive steps being taken in the UK as England players will shortly return to individual training.

While Australia’s men’s ODI and T20I sides may yet play their series against England in September, it is quite possible that there will be no international travel for any of the country’s cricketers this winter.

International players are likely to be with their states through the build-up to the 2020-21 season, which is due to start in late September with the Marsh Cup and a women’s series against New Zealand. Given the positive progress against Covid-19 in Australia and across the Tasman, that timeline has a reasonable chance of happening.

“We’ve got pre-season starting in a couple of weeks’ time. So fingers crossed, we can get back to that,” Travis Head said. “We’ve been fortunate enough in Adelaide with the restrictions starting to ease over the last couple of days. Hopefully it looks like we’ll be able to train in small groups.

“For me and for all of us it’s about coming back as fit as we can. I’ve got some goals that I need to tick off going into pre-season, which will then lead me into having a really good baseline to go into pre-season. I’m excited and a bit nervous about the pre-season. I haven’t done one in a few years.

“Looking back at the ones I have done, I’ll be hopefully able to come back very, very fit and ready to go. Hopefully I can excel during the pre-season and that will get me in good stead for the season. Being a leader within South Australia, having the whole squad home, myself, Alex Carey, Kane Richardson, those sort of guys home is going to be a really exciting pre-season and important giving the state of where we’re at.”