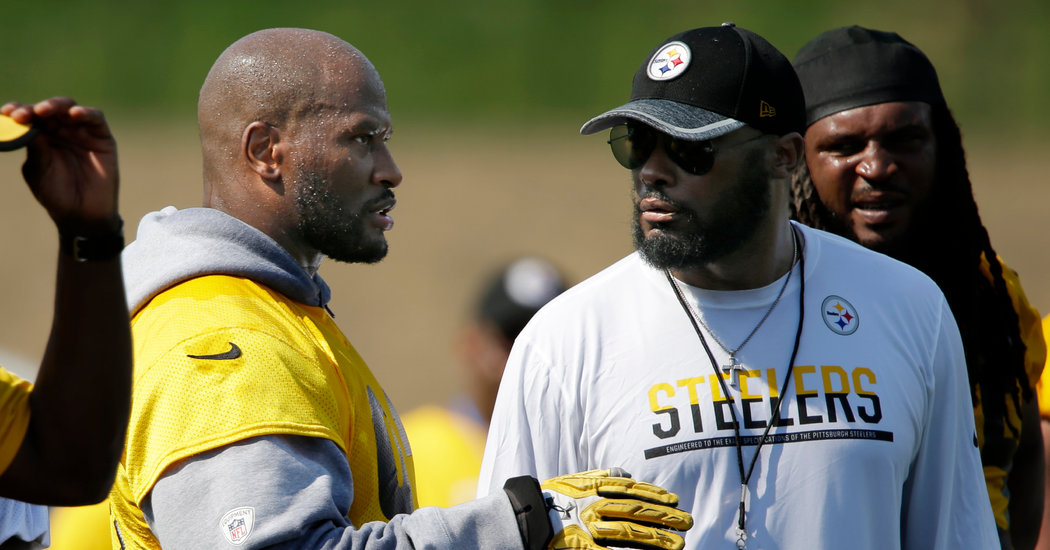 Harrison, appearing on Barstool Sports’s “Going Deep” podcast, told his former Pittsburgh teammate Willie Colon that Tomlin — who still coaches the Steelers — slipped him an envelope soon after the fine was levied.

Harrison recounted the story unprompted, after Colon asked him about the heftiest fine he absorbed across his 15 N.F.L. seasons.

“Listen, on everything I love, on my daddy’s grave, I hit that man with about max 50 percent of what I had,” Harrison said of Massaquoi. “And I just hit him because I wanted him to let loose of the ball. If I had knew they was gonna fine me $75,000, I would have tried to kill him.”

Harrison’s fine was later reduced to $50,000. Although Harrison did not explicitly say what the envelope contained, the mere insinuation that Tomlin compensated him in any way evoked comparison to the so-called Bountygate scandal, in which the New Orleans Saints’ coaching staff was determined over a three-year period to have offered payouts to defensive players who injured opponents, according to a league investigation. The Saints’ coach, Sean Payton, did not pay players himself, but the league suspended him for a year, in part, for not stopping the system after he was made aware of it.

It is unclear whether the league will discuss the matter with Harrison and Tomlin; a spokesman for the N.F.L. declined to comment on Friday. League rules stipulate that teams and its members are prohibited from paying a player’s fine.

In a statement, Steelers President Art Rooney II said he was positive that Harrison’s allegations are untrue. “I am very certain nothing like this ever happened,” Rooney said. “I have no idea why James would make a comment like this, but there is simply no basis for believing anything like this.”

Harrison on Friday posted a statement to his Instagram account that seemingly walked back his earlier comment. “Mike T. Has NEVER paid me for hurting someone or TRYING to hurt someone or put a bounty on ANYBODY!” it read.

Harrison, along with the Hall of Fame safety Troy Polamalu, was the snarling face of the Steelers’ defense in the 2000s, when they won two Super Bowls. The league’s defensive player of the year in 2008, Harrison developed a reputation for administering violent hits that teetered on the boundaries of legality. After the hit on Massaquoi in 2010, Harrison and Tomlin argued that it was clean and didn’t merit a fine. Tomlin, at the time, also said he favored tougher penalties and rule changes to improve player safety.

“I think what took place with us back in 2011 in so many ways was a sham, and yet there wasn’t a lot we could do with it,” Payton said on 105.7 FM in Baltimore. “The players were vindicated, but from a league or coaching standpoint, there is no union, there is no representation.”

He added, “That’ll be something that’s tucked away or under the rug at Park Avenue. They’ll look into it briefly. Listen, don’t get me started on that. I lost $6 million in salary, and honestly it was something that I’ll never truly get over because I know how it was handled and how it was run and the reasons behind it. That’s just the truth.”