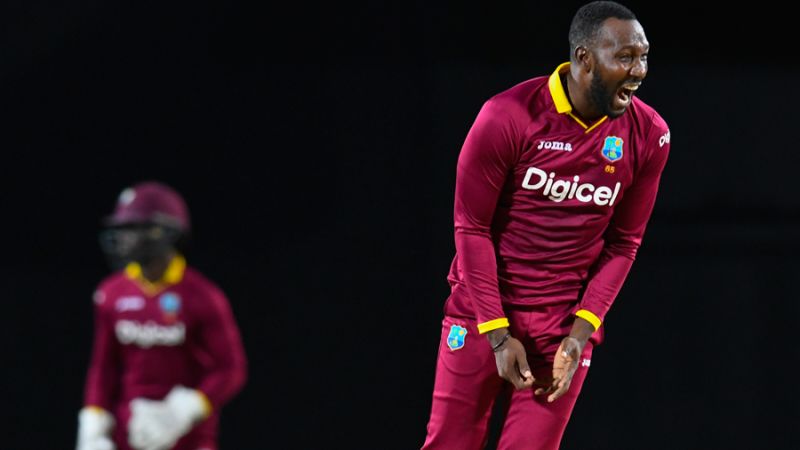 For the first time since March, competitive cricket involving international players of a full-member region is set to return after a long hiatus due to the Covid-19 pandemic with the Vincy Premier League (VPL), a franchise-based T10 tournament, scheduled to start from May 22 in the eastern Caribbean island country of St Vincent and Grenadines.

This will be the inaugural season of VPL, a six-team tournament, which will be played between May 22 to 31 at the Arnos Vale Sporting Complex in St Vincent.

Although the Pacific nation of Vanuatu became the first country to resume cricket since the pandemic halted all sport in March, the VPL will be the first instance when the game would resume in a Full Member region comprising international players. The VPL will also become the first tournament where the players will not be allowed to use saliva on the ball, a concept that the ICC and medical experts at various cricket boards have been discussing, as reported recently by ESPNcricinfo. The tournament is set to be open for the fans as there are no restrictions imposed by the government in St Vincent and the Grenadines.

The VPL comprises 30 matches, which will be streamed live, with three matches scheduled per day. A total of 72 players were picked by the six franchises via a draft held on May 11. Among them are six marquee players, which include three West Indies players – seamer Kesrick Williams, opening batsman Sunil Ambris and left-arm fast bowler Obed McCoy.

The last competitive match was played on March 15 when Karachi Kings hosted Quetta Gladiators in PSL 2020, which had to abruptly stop after the Covid-19 cases started to surge exponentially across the globe.

The VPL will be hosted by St Vincent and the Grenadines Cricket Association (SVGA), whose president happens to be Kishore Shallow, who is also the vice-president at Cricket West Indies (CWI).

Shallow said the VPL was put together in the last two weeks after he was approached by Dream 11, an India-based sports technology company. He then alerted CWI and sent in a formal request via the Windward Island Cricket Association (of which the SVGA is a member) asking for the VPL to be sanctioned. Shallow said he had spoken to both CWI chief executive Johnny Grave and Roland Holder, the CWI cricket operations manager, alerting them about the VIPL.

“We have formally written to CWI. And I expect to get a positive response from them soon,” Shallow told ESPNcricinfo.

According to Shallow, there were a total of 18 cases of people affected by the coronavirus as of Wednesday, of which ten had successfully recovered. Keeping in mind the risk posed by the pandemic, Shallow said the tournament had the “endorsement” from the local government and the ministry of health. He said the players would not be “exposed to the public” and all necessary precautions as advised by the government would be ensured including having additional short breaks at various points during the match where players would be asked to use hand sanitisers.

“No player would be allowed to use any saliva on the ball,” he said. “Of course, we will be having different dedicated, assigned spaces around the players’ pavilion for teams so that they are not necessarily crowded together. All teams would have their own space where they could practise physical distancing.”

Shallow said that since there was no “formal limitations in terms of on social gatherings” imposed by the local government the organisers had decided to not play behind closed doors, a mandatory policy issued by several other countries around the globe to sporting organisations.

“What we have been doing is managing the risk. So what we plan to do during the tournament is ask spectators to practise social and physical distancing. So they will be sitting at least a few seats apart. And because of the time the matches are taking place, we do not anticipate a massive crowd at the matches.”

Shallow said all the league matches would start at an “unusual time”, from 8.30am local time and go on until 2pm only to “capture” the Indian audience where the Dream 11 has its wide user base.

“We came up with this T10 franchise format because of the absence of sports content at this point, and thought that this brand of cricket would be enticing to cricket fans across the globe in a short duration,” Shallow said at the launch of the draft on May 11.