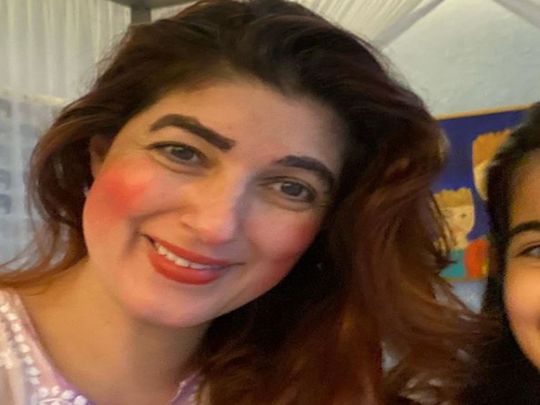 Twinkle Khanna never fails to entertain, be it her columns, books or her social media accounts.

The celebrated author and star-wife took to her Instagram to share a particularly interesting picture of her makeover with a little (read lots) help from her seven-year-old daughter Nitara.

“The little one has given me a fine makeover. Brows on fleek and all that jazz. @namratasoni watch out-you have some serious competition! #grouchomarxeyebrows,” posted Khanna.

For those wondering, Namrata Soni is one of the most celebrated make-up artists in India and a sought after name in Bollywood.

In the picture, Khanna’s eyebrows have been painted upon and visibly thickened, while bright pink blush is applied on both cheeks.

The picture soon caught the attention of several Bollywood celebrities, with stylist and fashion designer Anaita Shroff Adajania posting: “So bang on with the current brow trend!”

But perhaps the best response came from director Homi Adajania, who wrote: “Where’s the pic after the little one did your makeup @twinklerkhanna?”