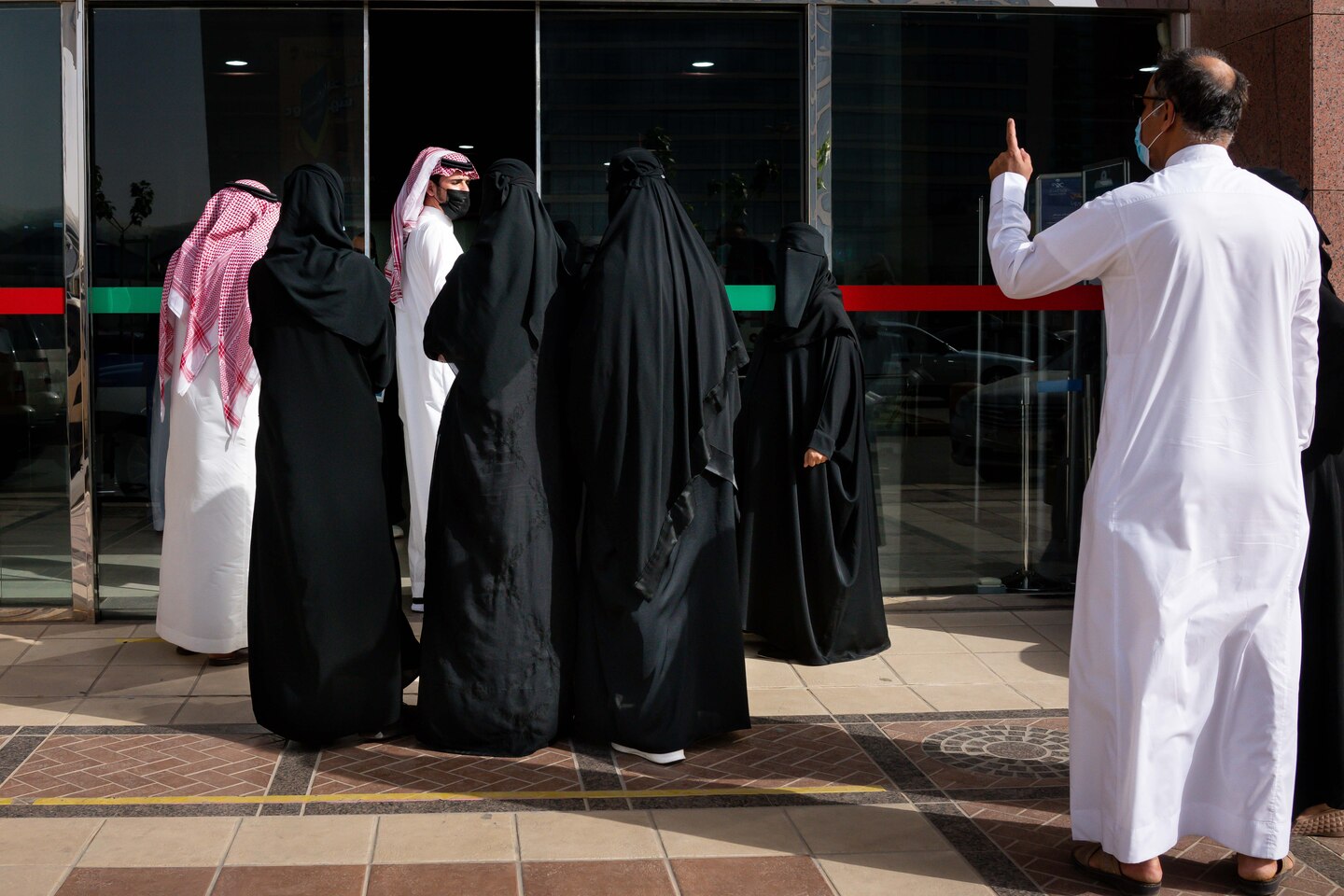 Twin calamities — the coronavirus outbreak and plummeting oil prices — have saddled Saudi Arabia with its worst financial crisis in decades. It has spread unaccustomed pain across the kingdom, including among the private-sector workers and business owners who are central to Crown Prince Mohammed bin Salman’s ambitions to steer the economy away from dependence on oil.

A widening budget deficit has left the government with the difficult task of trying to scare up revenue, curb spending and provide financial support to Saudis who have been shut in or locked down for months. Painful austerity measures imposed by the government earlier this week, including a tripling of the value-added tax, were a jarring blow to the generous welfare state, threatening greater hardship and possibly wider discontent.

“It is very important to take strict and extreme measures, which may be painful, but are necessary for public financial stability,” said Saudi Finance Minister Mohammed al-Jadaan, who has delivered the tough-love messages to the public, in an interview with al-Arabiya news channel earlier this month.

Saudi Arabia is hardly the only country to face a harsh reckoning because of the pandemic, as Jadaan and other officials have repeatedly emphasized. But the kingdom is the largest Arab economy, and its stormy ride through the crisis is being closely scrutinized, as has the response led by the crown prince.

When the virus struck in March, Saudi observers were captivated by other dramas, including the crown prince’s detention of senior royal family members and an oil war between Saudi Arabia and Russia that sent crude prices tumbling and caused a rift between the kingdom and the Trump administration.

The Saudi government, which has won praise for its swift response to the pandemic, has nonetheless struggled to contain the spread of the virus, which has infected more than 40,000 people in the country to date. As the outbreak worsened, newly expanding economic sectors like tourism and entertainment went dormant.

Spending on at least some of Mohammed’s megaprojects — symbols of his social and economic transformation plans — has slowed. Among his most ambitious undertakings have been Neom, a futuristic planned settlement on the Red Sea Coast, and a massive park in Riyadh, the Saudi capital.

The government has continued paying salaries in the bloated public sector but announced that cost-of-living allowances for state employees would be suspended beginning in June. Tens of thousands of foreigners are likely to lose their jobs.

Even as Saudi leaders preach belt-tightening, there have been complaints they were sending conflicting messages after the crown prince’s sovereign wealth fund embarked on a buying binge during the pandemic, snapping up stakes in the world’s largest cruise line and pursuing a deal to take over the British soccer club Newcastle United. “The investments are highly important because they have returns we can use in case of a crisis, to curb the deficit,” Jadaan told al-Arabiya.

The finance minister’s blunt talk and the new austerity measures are the latest signal to the public that “times have changed,” said Karen Young, an expert on the political economy of the Persian Gulf states at the American Enterprise Institute. “The future looks different. Things will be different for young Saudis.”

The message the government has delivered during the pandemic — of shared sacrifice in service to the Saudi state — hews to the nationalist themes the crown prince has deployed time and again as he tries to rally citizens, and especially young people, to his side, Young and other analysts said.

“Everyone is in it together,” said Razan, a 20-year-old Saudi saleswoman at Muji, the Japanese design brand, who no longer receives the government subsidy that had provided 40 percent of her monthly earnings. “Since everyone is affected, I can’t complain,” she said.

Yasmine Farouk, a visiting fellow at the Middle East Program at the Carnegie Endowment for International Peace, noted that the government has talked for years about ending the welfare state but has struggled to carry this out, often reversing itself after withdrawing benefits to citizens.

The government’s messaging during the pandemic has in fact been contradictory, she said: Along with the talk of shared sacrifice, officials had struck a paternal tone, promising that Saudi Arabia would do a better job than other countries of taking care of its citizens, a pledge that led to a “a greater sense of security,” she said. “Then the austerity decisions kicked in.”

Safi Marroun, a 29-year old entrepreneur, is one of many Saudis trying to navigate the rapidly changing landscape. After returning to the kingdom following his studies in the United States, he started a company, LocoSonix, selling skateboards, longboards and other sports equipment with the aim of providing diversions for the country’s bored youth, he said.

The timing had seemed auspicious. Social restrictions were being eased, including limits on women’s movement and other freedoms. Most of Marroun’s customers were women and girls, he said.

But the economic downturn has posed an unexpected challenge for Marroun and his family. Even before the pandemic, his family’s construction company had scaled back its workforce by 30 percent, he said.

Now, he worries about the tripling of the value-added tax, which would affect the family business but also make it harder to convince people to buy the niche goods at his store — products new to the Saudi market that many customers already thought were overpriced.

So far, he said, he had weathered the crisis, increasing sales online during the lockdown and attracting hundreds of new followers to his Instagram account as he tried to build his brand. But other business owners were not as nimble and willing to adapt. Together, they were all trying to figure out where the country was headed next.

“Everyone is confused, on a big, big scale,” he said.